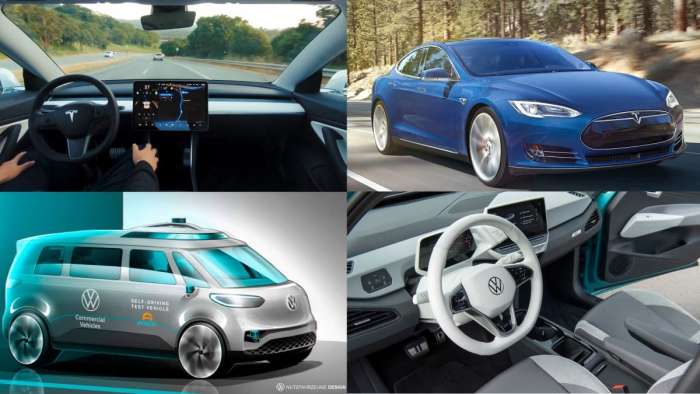 As Tesla moves forward in their quest to bring full self-driving onto the road, companies like GM and Volkswagen are following suit. The HUMMER EV and any Cadillac EV will likely have Super Cruise installed. Tesla has recently started offering paid trials for FSD, and Volkswagen has recently bandied about the concept of offering vehicle autonomy as a premium hourly service.
Advertisement

While I won’t fault anyone for wanting to let someone else take the wheel, self-driving is slowly getting to the point where folks will be able to just set a destination and take a nap while their vehicle takes them to their desired location. GM’s Super Cruise technology seems to be the most capable version offered right now, though it’s only really able to be used on certain roads that have been mapped with Li-Dar. This Super Cruise technology will be found in the HUMMER EV, and should help make managing the massive truck on the road a little easier.

This detailed mapping allows Cadillacs to have a more automated driving experience on those specific roads, but Tesla’s Autopilot seems to be more useful in a wider variety of situations. Autopilot no longer uses Li-Dar for any part of its sensor suite, and so relies on more traditional cameras to make ‘on the fly’ calculations. Neither is fool proof or perfect, and both do have some safety features that will make them deactivate if the driver isn’t paying enough attention to the road.

I’ve heard folks complain that Tesla’s Autopilot is a little jerky in turns, seeming like it’s making a series of adjustments to course rather than a smooth, flowing curve, but I feel that the increased utility of the full visual system is preferable to having 200,000 miles of road where the driver assist works REALLY well but reduced utility on any other roads. I’m all about utility; that’s why I’m a big fan of the Jeep Wrangler 4xe, even if it uses a hybrid transmission rather than a range extender. 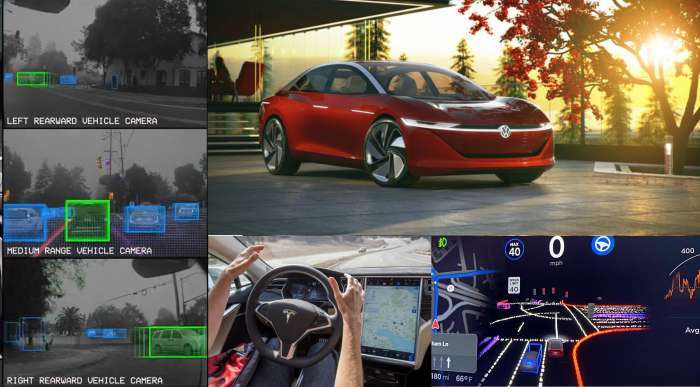 Regardless of the extent to which either of these driving modes offer driver assistance, both are clearly not full self-driving. The age of autonomous vehicles IS dawning however, and Volkswagen refuses to be left behind in the self-driving revolution. The German auto manufacturer, in the same group as Porsche and Audi , has stated that they hope to charge an hourly rate for autonomous driving, seemingly hoping to charge the driver around 8-dollars-an-hour, higher than the US’s current national minimum wage.

If you’ll let me be Frank with you, charging for access to full self-driving makes a lot of sense, but it also makes a vehicle much less desirable, in my opinion. I feel like having to pay to unlock features when I’ve already shelled out handfuls of cash to purchase my vehicle is just a waste. This makes the vehicle into no better than a Taxi cab, and it’s still unclear who would be at fault in the case of any accidents caused by full self-driving.

If I were going to choose to pay for each hour to be driven somewhere, I’d rather pay a cabby or Uber/Lyft driver than pay for the wear and tear on my car AND an additional fee. It may cost more than the subscription price of Volkswagen’s suggestion, but my morals make me lean towards driving myself or paying a taxi service, where at least for now, another human being gets a portion of what it costs me to be chauffeured around.

Tesla, as it fights to bring Full Self-Driving online, has begun to increase its number of paid Advanced Driver Assistance Systems Test Operators, who will be paid to test the burgeoning AI in real-world situations. This is promising to me, as it shows that there’s some hope to seem some acceptance of product liability. The Tesla Model S Plaid is set to arrive to owners soon, so Autopilot will find its way into some new hands shortly.

Full self-driving should not be called full self-driving unless the vehicle does not need an alert operator. Until it’s at that point, I’m sure that companies will try to shove responsibility for any collisions onto the vehicle’s operator. If a company decides to offer FSD or something similar and chooses to charge a subscription to that service, whether monthly or hourly, I can only hope that most people will avoid paying this fee. If we really want to be environmentally conscious and not drive ourselves, it makes more sense to invest in mass conveyance architecture as this will free up road space for goods transportation and can still include either autonomous vehicles or have human drivers. With fewer vehicles on the road, there will be fewer collisions and fewer fatalities as well. These busses or trains could easily be electric, or alternative fuel and have an even more dramatic effect on improving the environment than swapping from ICE cars to BEV vehicles alone ever could. There is a huge amount of waste in having 1-2 passengers per vehicle as each vehicle has its own (currently) large carbon footprint.