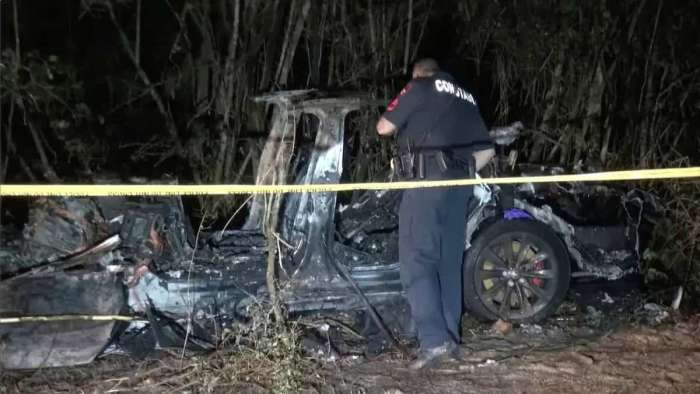 Another crash has occurred where Tesla’s autopilot could have been involved. This most recent crash was in Texas. This crash raises more questions about autopilot and why drivers tend to be careless
Advertisement

This Tesla crash occurred in the Houston suburbs in the town of Spring. The most interesting part of this crash is that no one was actually in the driver’s seat. There was one person in the passenger seat and another person in the rear seat. No one was actually driving at the time of the crash. Investigators say they are certain that the driver seat was vacant when the car hit the tree. Both occupants of the 2019 Tesla Model S were killed.

Questions that still haven’t been answered

The first question that needs to be answered is how this Tesla Model S was driving with no one in the driver’s seat. This crash was slightly different than previous ones because no one was in the driver’s seat. It is not known yet whether the Tesla was in autopilot. What we do know is that whoever was supposed to be driving the car was likely being careless. It was late at night when this all happened. The Tesla very well could have been in autopilot and there is always a chance that the person in the passenger seat was trying to drive the car from the passenger seat so that they could relax after a long night.

It needs to be known what software this Tesla was using if it in fact was in autopilot mode. Tesla recently made the decision to kick drivers off of their FSD Beta if they were not using it properly. This was a move that shows Tesla is trying to cover its bases when it comes to safety. There are other steps that can be taken, but then the idea of driver privacy comes into play. For example, if someone drives home drunk and doesn’t get caught or cause an accident nothing will happen to them as a result of that poor decision. However, if an individual drives drunk and runs over two people, there are often huge consequences. The same could apply to autonomous driving. If a driver is steering a car with his feet from the passenger seat, then that needs to be prosecuted. Autopilot has been proven to give drivers a false sense of security.

Sandy Munro speaks on the crash

An esteemed automotive engineer Sandy Munro said he thought it would be criminal for Tesla to stop their self-driving car program now. His rationale for saying that was that autopilot is still statistically safer than a human driver and that cars with some level of driver assistance are 8 times less likely to get in a crash. It is unrealistic to expect autopilot be 100% safe, but it is good to get answers when things go awry. However, in the aftermath of this crash in Texas, the two people in that car should be further investigated if possible.

Tesla has had a bad turn of events occur in the past few days. Not only are they under scrutiny for this crash, but a woman stood on top of a car at the Shanghai auto show to protest. She thought it was the Tesla’s braking system's fault in a crash that sadly killed some of her family members. It was later found that Tesla’s braking system was functioning properly. The point is that it has been a day filled with a lot of negative press for Tesla.

Check out the article on last major Tesla crashes which occurred in Michigan.

DeanMcManis wrote on April 19, 2021 - 7:36pm Permalink
YouTube shows that people regularly act like idiots despite having many safety systems to protect them. It is likely that these people were trying to trick the system into driving by itself. But it reminds me about the YouTube videos where people steer cars and motorcycles with their feet, and try to do so many totally unsafe things just for clicks or grins. Also getting into the accident could have thrown them from their seats. No doubt the black box will show that what happened is likely very far from what the media will be selling with this story.