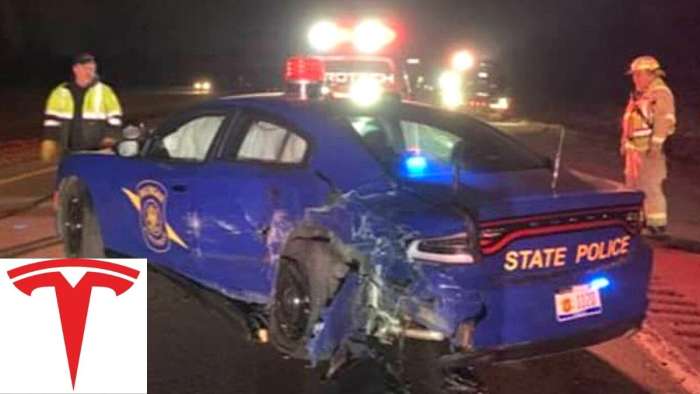 Latest Tesla Crashes: What We know So Far

There have been two Tesla crashes in the last week that have received considerable coverage. Both of these crashes happened to occur in Michigan. This comes on the heels on the NTSB singling out Tesla which can be read about here.
Advertisement

The first crash happened last week in Detroit when a Tesla Model Y crashed to semi truck. A Tesla T-boned a semi earlier this week in Detroit while driving through an intersection. Two people were injured in this crash. This is similar to a crash that happened with a Tesla Model 3 and a Semi in Florida where the car also T-Boned a Semi. This crash is currently undergoing a federal investigation. Some sources are saying that the Tesla in this crash was in autopilot mode. The police department expressed that they thought the Tesla was not in autopilot mode at the time of the crash. However, this is a matter that is still under investigation. The answer can be found by trying to extract data from the Tesla.

This is the most recent of the two crashes. On Wednesday morning the driver of another Tesla crashed into a state trooper’s car. This Tesla is also believed to have been on autopilot at the time of the crash. The police ended up citing this driver for failing to move over for an emergency vehicle.

How Autopilot could have factored into the Detroit crash

The autopilot could have played a part in the following way. Autopilot likely has issues seeing certain types of Semis and trailers. Tesla should come out and reiterate that drivers must stay alert at all times but It’s not clear how much that would solve. It is no secret that the autopilot system on the Tesla is capable of doing a lot to make driving easier, but that doesn’t mean the system is perfect.

I think that the bevy of Autopilot crashes may erode faith in Tesla.

How Autopilot could have factored into the Lansing crash

The reality here could be that autopilot didn’t factor in much and that it was the driver who needed to move over and pass the emergency vehicle. In recent updates of autopilot, the system has shown itself to be able to drive on unmarked roads. The one thing autopilot would struggle with in those situations is knowing how much to move over for an oncoming car on say a dirt road. Autopilot was not able to move over and pass the state trooper parked on the road in this situation. Therefore, it is this driver who must be held accountable. This driver was also driving with a suspended license, so Tesla’s autopilot system doesn’t deserve too much heat for this particular crash.

The investigation and possible fallout

NHTSA is investigating these crashes and is seeing what they can come up with. Recently, the NTSB has been hammering NHTSA about regulating Tesla with more vigor. The NTSB was talking about crashes that occurred years ago on previous iterations of autopilot with inattentive drivers present in many cases. The drivers in both these recent crashes also were described as being inattentive.

This is the last thing Tesla needed

Tesla did not need the headache of dealing with the fallout of even more crashes due to drivers who are zoned out along with autopilot not working as it should in certain situations. It is no secret that the autopilot system needs to improve. There are almost 40,000 deaths each year as a result of automotive accidents. More than the vast majority of these crashes are a result of human error. The waters seem to be getting murkier because now the car is doing the driving in a lot of situations. Therefore, the manufacture who makes the car can become liable. The NTSB has already been after Tesla and this just adds more fuel to their fire.

Tesla is in a position now where they are a target. Volkswagen wants to “overtake” them, which is what was said in a statement by their chairmen Robert Diess.

Will Tesla be able to rally after this news? How do you see the NTSB and NHTSA regulating Tesla going forward? Let us know in the comments.

Raul Chapa wrote on March 18, 2021 - 5:41pm Permalink
Both accidents are human error. The drivers were space cadets. At the same time, Teslas have had many other problems with the quality of workmanship and the quality of the materials used on their vehicles. There are videos of major body parts simply falling off on the highway at highway speeds. Major parts like the rear bumper cover and the roof have blown off. The cars were not a year old. The reaction from the most of the Tesla Owners and most of the public was "HA HA HA HA." Make no mistake, for those kind of incidents to happen is simply outrageous. any other car manufacturer would have been crucified then quartered, then burned at the stake. The publics obsession with embracing a technology still at its infancy is disturbing. Elon is truly smart for cashing in on that to the tune of $25,000,000,000.00 dollars. I salute him.
Martin Winlow wrote on March 19, 2021 - 5:30am Permalink
You appear to be implying that bits have never fallen off any other vehicles in the history of motor-vehicles. Even jet aircraft have bits fall off them. We have absolutely no knowledge of the circumstances leading up to the incidents you cite (just how many have there been, by the way... one or two?). The vehicle(s) concerned may have been damaged at any point prior to these incidents occurring, leading to the eventual failure.
Martin Winlow wrote on March 19, 2021 - 5:43am Permalink
I'm sure the cause of the police vehicle incident will be the same as every other one involving a Tesla colliding with a stationary emergency vehicle on a fast road. It is simply that the vehicle in front of the Tesla moves out of the way of the stationary vehicle and into the adjacent lane at the last moment (its driver probably also not paying attention) giving the Tesla insufficient time to do the same and a collision occurs. Of course, this works in exactly the same way for any other vehicle, Tesla or not. It's just that when it happens to a Tesla its international front page news (perhaps understandably). What isn't understandable - or forgivable - is that so many influential people make such a hullabaloo about it. If people were dying every time it happened I might feel differently. At least Tesla is trying to move the whole thing on to a point where crashes like this will happen extremely rarely (instead of 1000 times a day) with its work on autonomous driving. One day (thanks for visionary, gutsy companies like Tesla) *all* the cars in the vicinity will know about the traffic hazard because other vehicles will have reported it automatically and disseminated that fact to the network and all the traffic in the lane in question will move over well before the obstruction is encountered. So, do let's get things into perspective, here, and try to stay focussed on the end game - reducing - as I believe autonomy will eventually achieve - as much as a 90%+ reduction in road traffic collisions and the appalling human cost involved.

Tesla-Funded Research Reveals One of The Biggest Mysteries of EV Battery
Tesla Tesla Buyer Nets a Whopping $12,000 Discount After Asking for Reduction
END_OF_DOCUMENT_TOKEN_TO_BE_REPLACED