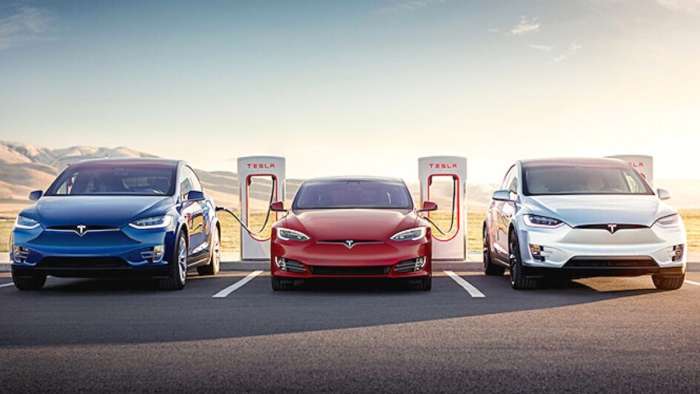 NTSB And NHTSA In Dispute Over Regulating Tesla

The NTSB singled out Tesla for using untested Autonomous Driving technology. They are placing blame on NHTSA for not intervening. This is an ongoing situation.
Advertisement

There wouldn’t be a dispute if it weren’t for Congress. Congress gave two agencies power to enforce transportation safety rules and regulations. This has led to a power struggle between these two factions and Tesla is in the middle.

The typical roles of the NTSB and NHTSA Differ
The NTSB and NHTSA have slightly differing roles and specialties. The NHTSA establishes safety regulations for cars and light trucks that are brought to market. The NTSB is more focused on investigating the causes of accidents. They investigate car accidents, but also investigate plane and boat crashes. These agencies approach safety from different angles.

What are these factions fighting over?

The NTSB wants states to regulate autonomous vehicle testing with more rigor. The NTSB calls for some states to develop stricter protocols before giving companies permits to test their vehicles. The NTSB references Arizona as a state that should have tougher regulations on AVs. Arizona has been a hotbed of autonomous vehicle testing. More regulations from different states could affect Tesla as they will continue to test more sophisticated autonomous driving technology in the future.

Another demand of the NTSB is to address crashes that occurred on roads that the autonomous driving technology wasn’t designed for. NTSB wants NHTSA to make manufacturers develop mechanisms to disable their AV technology from driving on certain roads that it wasn’t meant to drive on. A crash is mentioned that happened in Delray Beach, FL and the NTSB alleges that Tesla is at fault for permitting the driver to use the Autonomous functions of the vehicle in a scenario it wasn’t designed for.

The NTSB has also called on NHTSA to require that carmakers install driver monitoring systems. Tesla has a driver monitoring system and makes the driver tap the wheel to ensure they are alert. Even if the driver didn’t have to tap the wheel it is said the AV system on the Tesla isn’t perfect. The state of autonomous driving is that it is great technology that has its flaws. Therefore, the driver should be alert at all times. In another Florida crash in Williston FL, the driver along with the Tesla software couldn’t detect an oncoming Semi. It’s hard to know what regulations would prevent a situation like that

The NHTSA has said that it will track safety issues through its surveillance program. They claimed they will look at circumstances in which the driver was in too risky of a situation.

Tesla seems to face a dilemma that almost seems has little to do with the claims laid out by the NTSB. Tesla has had a marketing issue. Elon Musk has admitted the vehicles aren’t fully autonomous and never will truly be fully autonomous. He has stated that driver should keep their hands at the ready to grab the steering wheel. The Tesla software makes the driver tap the wheel every 10 seconds.

Musk has always been in a hard position on this front because Tesla’s are now closer to fully autonomous than ever before. Calling the technology driver assistance features wouldn’t garner the same appeal from buyers. Cruise control falls under the category of driver assistance features. The latest Tesla vehicles can handle most situations on the roadway, but the cars aren’t perfect. The NTSB is trying to make things harder for Tesla. The difference between appropriate scenarios a Tesla can or can’t drive autonomously is murkier than ever. The Tesla can handle most situations, but the car isn’t perfect. It has occasionally run into snow piles or drive too quickly around a bend as seen in this video. More importantly Tesla’s are now capable of driving with little to no driver intervention on roads without lanes or a centerline.

Daniel Cappo reports Tesla developments at Torque News. He has had a passion for cars ever since age five when his grandparents let him drive their old golf cart around their property in Upstate NY. He has attended numerous auto shows, and even got the chance to drive a Ferrari California on the track. Ever since Tesla opened up a dealership at his local mall, he's been an avid follower of their cars and technology. Dan has a B.S. in Public Communication from U Vermont. Follow Daniel on Twitter and LinkedIn for daily Tesla News.
Check out this article on Tesla’s newest update of their autonomous driving software.

Do you think the NTSB is overstepping or not? How do you see potentially stricter regulations affecting the development and use of vehicles with autonomous driving features? Let us know in the comments.