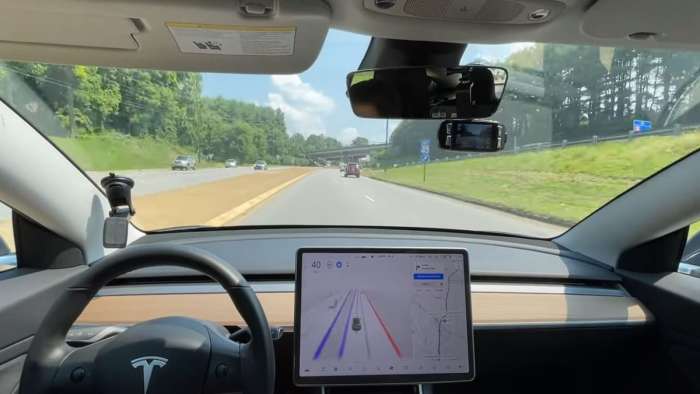 Do Tesla's Drive Themselves?

I've had people close to me ask the question: "Do Tesla's Drive Themselves?" As a Tesla analyst, the answer to me is obvious, but what I've realized is that the answer is not obvious to others. Let's answer this question.
Advertisement

Do Tesla's Drive Themselves?

Tesla vehicles can drive themselves right now with human supervision. This means that the Tesla vehicle is capable of making mistakes and requires a human driver to pay attention at all times that can take over driving if needed.

Tesla vehicles are not yet fully autonomous, but are in the process of being so. Fully autonomous means that the Tesla vehicle can drive itself without requiring a human to pay attention or to take over. But this is still a few years away at least.

Tesla autopilot is the way Tesla vehicles drive themselves on the freeway and interstate. It's a pretty proven and robust way of driving that is safer than not having autopilot.

Autopilot will change lanes for you and navigate your car for you on the freeway. It will break and accelerate for you. It will notice cars around you and do its best to avoid collisions with any of them. It will signal with its blinkers.

Related News: Tesla cameras catch a shooter on the freeway.

But you must still be ready to take over at any moment.

Tesla has been working on a car that can drive itself without a human for several years now. Tesla FSD is the way Tesla plans on having a car that can drive itself everywhere, not just on the freeway. Right now, Tesla FSD is on version 9 of its Beta program. This will continue to be updated with over the air software updates for every Tesla vehicle as the software improves.

Moreover, each Tesla vehicle has the exact equipment needed for full self-driving - 8 cameras. Those 8 cameras, along with the software in the vehicle, are how a Tesla vehicle can drive itself right now. The version 9 FSD software is only open to a limited group of people. Elon Musk believes that by version 10 or 11, the Beta will be open to everyone who has purchased full self-driving and probably will be in a few months.

Do Tesla's Drive Themselves? Yes they do! But at present, they require human supervision to take over when the car makes a mistake. In the future, when level 5 full self-driving is reached, Tesla vehicles will not require a human to take over and may not even have a steering wheel at all.

What do you think about Tesla's driving themselves? Will we not need a human driver some day? Will Tesla solve autonomous driving level 5?

tangible wrote on July 31, 2021 - 12:58am Permalink
Most people who ask the question "do Tesla cars drive themselves" mean to say Fully Autonomous. Stop hedging your answers. It's NO. Technology is not religion, blind faith is for fools and fanboys. Don't lower yourself.