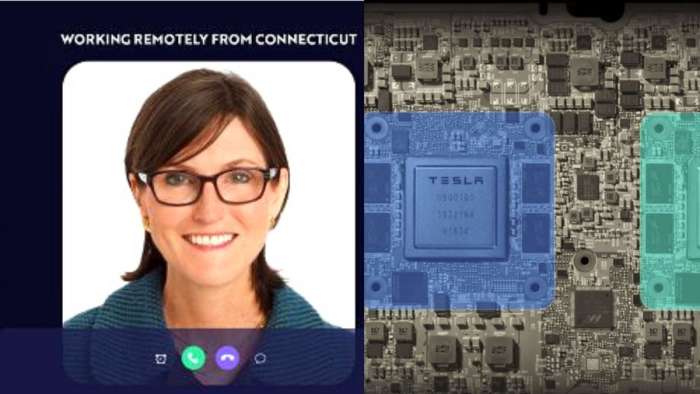 Cathie Wood was interviewed on CNBC about the future of Tesla’s autonomous driving features. Wood stated that Tesla should make some huge advancements in autonomy over the next two years. Wood also addresses the safety concerns some have with autonomous vehicles.
Advertisement

Wood cites the switch from radar to vision as a means for Tesla's autonomy improvement and predicts that Tesla is going to go fully autonomous more quicker than its competitors.

In a recent interview, Wood cited Tesla's switch from radar to vision. Tesla has recently stopped using radar sensors and has transitioned to using strictly cameras. This feat was able to be accomplished because Tesla’s AI technology has gotten so precise that it has eliminated the need for radar.

Wood stated that when thinking about the safety of self-driving cars that one must consider the alternative which is human-driven cars. Wood cited a statistic that over 80% of accident fatalities are caused by humans. There have been figures reported in the past that have shown that 94% of crashes are caused by human error.

Wood says that autonomous cars could eliminate accident deaths. This is true because humans often make bad decisions that AI wouldn’t, such as driving drunk or speeding. However, this doesn’t mean that human-driven cars should be phased out completely. There are many people who are still hesitant to give control over to the AI systems of the car. Concerns have been raised in the past about terrorists hacking the software and controlling the vehicles themselves to cause harm. Also, people aren't so quick to relinquish the joy and freedom driving can bring.

Wood is mostly on point with her main argument which is that Tesla will make huge strides in getting ahead of competitors in the quest towards full autonomy. Tesla already has an FSD Beta software that has been updated numerous times. Tesla has been expanding it out to more and more drivers. Two years sounds like a reasonable timeline for Tesla to equip its whole fleet with a system that is light years better than FSD Beta is today. FSD Beta has been proven to be impressive, and here in present-day the cars require little to no driver intervention.

Fully autonomous is a murky term

Fully autonomous means that a car can drive itself with no human intervention ever. The cars have been marketed as fully autonomous, but Tesla requires that drivers tap the steering wheel every 10 seconds to make sure the driver can take control if needed. The part that seems to be murky is the end goal of all this. The question that needs to resolved is what would be realistic. Elon Musk may wish he could make a car that drives perfectly by itself all the time, and requires no intervention, but that seems to be something that may only happen in very controlled settings. Wood brought up robotaxis which could be something that is obtainable for Tesla in the next two years.

There is still work left to do

There is still work left to do. Musk has done an outstanding job at helping to create and promote some of the most revolutionary autonomous driving software out there, but the cars are nowhere near fully autonomous. A Tesla will change lanes on command, but the driver still has to tap the blinker. Also, Tesla has a parking feature called summon. This feature can pull the car forward or into a tight parking space. However, a Tesla can’t drive around town without a driver.

Wood made a solid prediction that will probably come true in some form. However, it’s anyone’s guess how much progress Tesla can actually make.