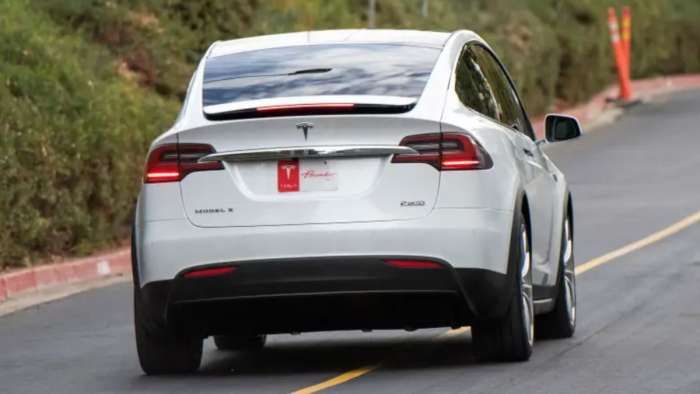 Tesla is about to release their Q3, 2021 Deliveries. Here's what we think Tesla will deliver, along with what other analysts have to say.
Advertisement

Update: Tesla has released their Q3, 2021 deliveries and production numbers. Here they are.

You can see our estimates below:

Tesla is set to release their Q3, 2021, deliveries any moment now. Here's what we think the deliveries will be, along with what other analysts are saying.

Despite a global chip shortage, we believe Tesla is set to deliver a record number of vehicles this quarter. Despite the chip shortage, Tesla has shown strong adaptability by being able to make their own parts, and adjust their processes as necessary. Tesla has superior manufacturing and engineering on their side as well.

We believe Tesla will deliver 237,000 vehicles for Q3, 2021. This is due to strong China total deliveries expected (over 50K for September, 2021 alone) from Giga Shanghai, as well as a continued increase in demand globally. This number isn't even factoring Giga Berlin or Giga Austin, TX, yet!

For the past year, here's what Tesla has delivered each quarter:

(Quarterly Estimates for Q3 Only, at a 70% Growth Rate, Year Over Year):

If Tesla were somehow able to improve at that rate, the results will be staggering by the end of the decade. Let's see if Tesla can keep up this growth! I believe they can with continued innovation, new factories, improved manufacturing, improved safety, full self-driving, and the best performing cars available.

What Other Analysts Have to Say

Here's what other analysts are estimating for deliveries in Q3, 2021:

FactSet is supposed to be a popular Twitter channel about trends, but I believe they are grossly underestimating deliveries for this quarter.

Some think that Rob from Tesla Daily is estimating too high, but he has a very detailed spreadsheet - more detailed than anyone I've ever seen. Don't be surprised if we see a number that is close to what he is predicting. Tesla surprised us all last quarter with their quarterly deliveries and earnings generated.

I think most of the Twitter users who are bulls on Tesla stock will be accurate if their prediction is somewhere around 235,000.

Will Tesla Slow Down?

I don't think that Tesla is going to slow down. They have advantages in all areas - manufacturing, technology, cost, safety, performance, brand, first mover, etc... that I don't think anybody is going to catch them anytime soon. It would take Elon Musk leaving Tesla and Tesla being stagnant for many years for anyone to catch up.

Elon Musk also mentioned that the chip shortage will likely ease up next year and this is only going to be an advantage for Tesla. I'm also looking forward to the release of the CyberTruck and the Model 2 - or whatever the compact vehicle ends up being called.