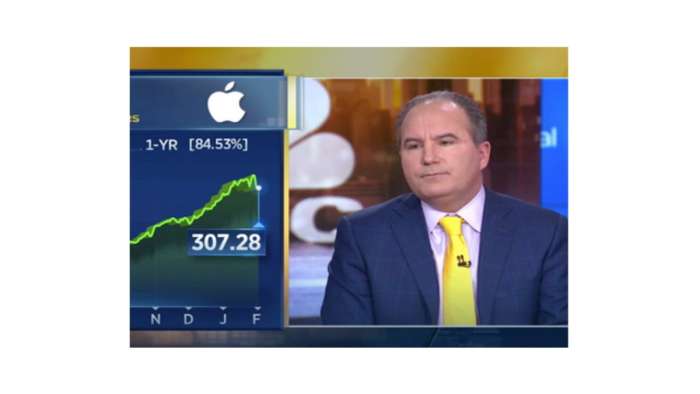 Dan Ives, an analysts who has been covering Tesla stock and even been critical of Tesla is reiterating a $1,000 price target for Tesla. He says this is due to the large demand for electric vehicles. Let's take a look at this more.
Advertisement

Dan Ives, an analysts for Tesla, has recently reiterated a $1,000 price target for Tesla stock.

NEWS: Wedbush analyst Daniel Ives reiterated an Outperform rating and a $1,000 price target on Tesla as he argues that Teslas EV demand story is just starting to play out.

Ives says Tesla could deliver near 900k units this year and 1.3 million in 2022. pic.twitter.com/lsdyGeqqjn

Dan Ives is an analysts at Wedbush, a capital management firm. He thinks Tesla will reach $1,000 in 12 months. Whenever an analysts does a "price target" for a stock, it means how much they think the stock will be worth in a year.

Dan sees Tesla being the leader in a tidal wave of EV (electric vehicle) demand that is coming over the next five years. He's generally been an optimist when it comes to Tesla with only a few criticisms. Tesla hasn't had the greatest year for 2021 when it comes to stock price and this is likely due to it going very high in late 2020 and early 2021.

Dan Ives sent a note to client of Wedbush saying that $1,000 was the 12-month price target and that would be about 30% higher from where Tesla stock is today.

Future of EVs and Tesla

With a massive surge in demand and Tesla vehicles continuing to be delayed longer and longer, this is only going to continue as the demand for electric vehicles soars. Take the delay in the long range Model Y, for example:

Tesla soared over 700% in 2020, but is only up about 7% in 2021. The main factors that Dan Ives sees contributing to this are: the chip shortage, bad press in China, regulatory concerns in Giga Berlin, and other electric vehicle competitors coming to market.

Dan Ives still sees Tesla having a number of factors that will create growth into 2022 and we know that Giga Berlin and Giga Austin, TX, are two of those main factors. Tesla won't be the only winner in the electric vehicle arms race, but it will be the biggest contributor.

Dan Ives believes China will be a key for Tesla's growth. In 2021, Tesla has had a difficult time with a lot of FUD in China, safety recalls (which were really just over the air software updates), and Elon Musk being forced to reject reports the country's military banned its cars.

Despite these challenges and FUD, Dan Ives sees Tesla on track to hit 900,000 annual deliveries in 2021. With a share of vehicles at only 3%, electric vehicles could grow to 10% in 2025, and continue to grow further and further as countries takes steps to reduce carbon emissions. This is going to boost demand and benefit Tesla and its stock.

What do you think about this analysis from Dan Ives? Is he right on, or are there some things he is missing and/or getting wrong?