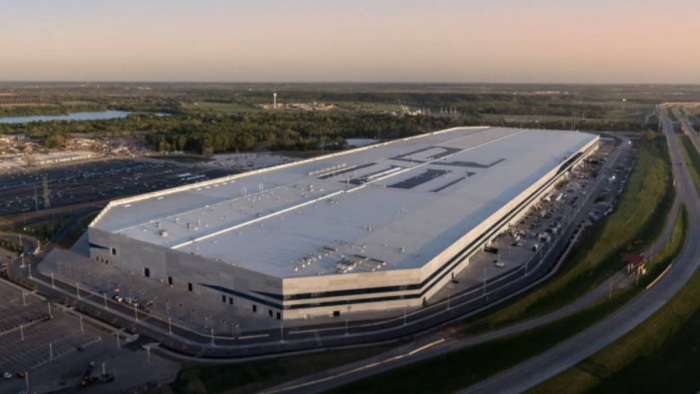 Elon Musk has declared war by creating a hardcore litigation department within Tesla and the Tesla Model 3 and Model Y are outselling EVERYTHING in California. We'll go over this and much more now.
Advertisement

Germany might double its EV incentive. This means increasing subsidies from 6,000 Euros to 10,000 Euros. This is an example of what the German government might due in order to have adoption reach levels that will help faster address climate change. Right now, battery electric vehicles make up about 26% of German passenger registrations. To get to Norway's level, Germany will need to get to 80%+ EV registrations. The Tesla Model 3 and Tesla Model Y are the best selling EVs (electric vehicles) in Europe. Let's go over this and more from BestInTESLA news.

The Model Y and Model 3 are outselling everything in California - even gas powered cars from Honda and Toyota. This was for Q1, 2022. This is quite an achievement - to out sell EVERYTHING, no matter what, in California. The Model Y just barely outsold the Model 3 and the remaining best sellers are the Toyota RAV4, the Toyota Camry, and the Honda Civid. Tesla nearly doubled the sales of the Camry and Civic.

Tesla released FSD v10.12 recently and there are some big improvements and improved ability to predict the behavior of other drivers. This understanding and predicting is at the core of artificial intelligence. Tesla has the largest dataset of training data available. The car is now starting to act like a human mind, which can predict where objects are, even when there is snow and other obstacles.

Investors think Tesla should do share buy backs. This is due in part to the drop in the stock market and Tesla stock being down almost 50% from its all-time highs. There are many great things coming for Tesla though: Shanghai will fully reopen this month (May), Tesla will announce a stock split in June. The Twitter deal will eventually de-risk in July, and there's still many other vehicles for Tesla to launch and the $8K EV tax credit to hopefully come this year around August.

Tesla giga factories and growth along with water savings

Tesla is setting a gold standard of water use per car. Germany environmental agencies are falsely claiming that Giga Berlin is threatening the water supply of the entire region. This wrongly suggests that Giga Berlin could cause a water shortage and those fears are being called groundless. Tesla is under the industry average of water usage for Giga Berlin and they have made sure the factory is the most sustainable factory in the world.

Tesla has several giga factories now with new things happening. There is no construction update for Giga Shanghai, but there is a production update with ships exporting vehicles to Europe. There is an employee shuttle seen at Giga Berlin and an update to the parking lot. There's quite a bit of equipment being moved to the 4680 batteries building at Giga Berlin.

Giga Texas has a bunch of steel being lade out at the south end of the building and that this may be for building expansion. On the roof, there is an A in Tesla taking shape. In the VOC pond at the north end of the property has had its liner removed - possibly for where the switch yard expansion will go. The cathode building is under construction and working being done on this.

Elon Musk has declared war and has also Tweeted about creating a hardcore litigation department which will directly initiate and execute law suits. Elon Musk describes the philosophy for this as this:

Tesla was also removed from the S&P 500 ESG index while other gas companies were added. This seems wrong as Tesla is a company for the environment and positive impact. But this doesn't change any thing. It's ridiculous and not worth any response.

What do you think about the latest news for Tesla? Will Tesla continue to make progress and be the best EV company in the world?

For more information, see this video from BestInTESLA: