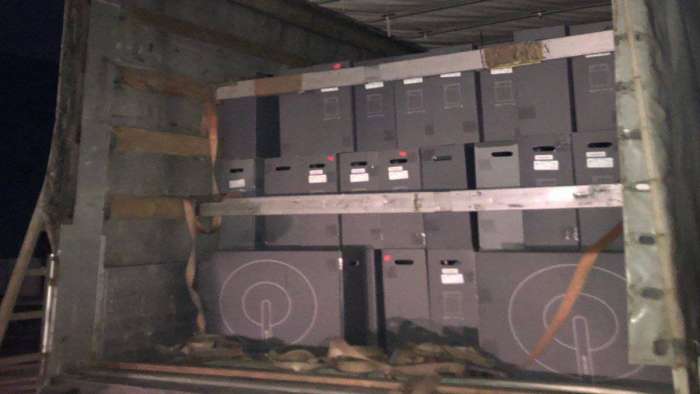 There is a difficult situation with the Ukraine right now with Russia invading. The Ukranian internet has been disrupted due to the invasion. This happened very quickly after a Ukranian government official, Mykhailo Fedorov sent a Tweet asking Elon Musk to provide Ukraine with Starlink stations in order to help them get Internet.
Advertisement

There is a difficult situation with the Ukraine right now with Russia invading. The Ukranian internet has been disrupted due to the invasion. This happened very quickly after a Ukranian government official, Mykhailo Fedorov sent a Tweet asking Elon Musk to provide Ukraine with Starlink stations in order to help them get Internet.

@elonmusk, while you try to colonize Mars — Russia try to occupy Ukraine! While your rockets successfully land from space — Russian rockets attack Ukrainian civil people! We ask you to provide Ukraine with Starlink stations and to address sane Russians to stand.

The southern and eastern parts of Ukraine have had the heaviest fighting and the most disrupted internet as well. Starlink has come in handy in many disasters and difficult scenarios. Recently, Elon Musk provided Starlink access to Tonga during a volcanic eruption, helping the inhabitants of Tonga get internet access.

The Russian invasion of Ukraine is a different kind of use - almost a humanitarian type of use and an indirect way for the Ukraine to get help. This will make it harder for Putin, Russia's leader, from cutting off Internet access from Ukraine. Elon Musk is indirectly usurping the Russian army with a technology he already helped build.

If transmission to Starlink can be read by Russian aircraft, could those using Starlink in the Ukraine be in trouble? In remote and rural areas with non-available internet, this is the main use case for Starlink. It looks like users of Starlink will have uplink transmission that could be triangulated and targeted given the right detection equipment from Russia. Those uplinks could be beacons for air strikes.

Regardless of this, it's really great that Starlink can be used to provide Internet access to the Ukranians who need it the most right now and Elon Musk has provided a great act of service to the Ukraine.

We've seen two out-of-the-box use cases for Starlink in the recent future and it will be interesting to see what other uses Starlink provides in the future. Elon Musk activated his satellites over the Ukraine, answering the call. More terminals are being sent.

The world is lucky to have Elon Musk right now. Because of his hard work and ingenuity, a country being invaded has internet access and it came quickly simply by using Twitter. That's pretty incredible. Here's to hoping this situation can come to a conclusion quickly.

Was it a good idea for Elon Musk to supply the Ukraine with Starlink satellite access? Will there be other things that Elon Musk offers?