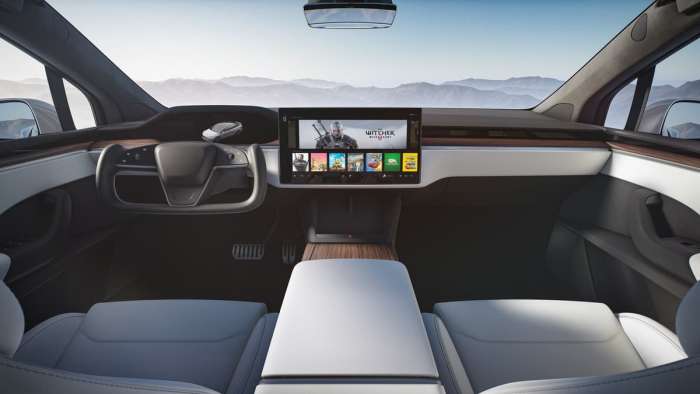 Tesla is currently behind schedule and was supposed to come out with Version 9 almost a month ago. It is probably smart for Tesla to take their time on new updates given they just switched away from radar.
Advertisement

Tesla hasn’t updated their self-driving software since early March when they came out with FSD Beta 8.2. Tesla is probably smart to take their time before the next update due to the fact they just dropped radar. An important topic to discuss is how frequently Tesla should update their FSD software now that radar is gone.

Tesla could have big plans for FSD

One point of view expressed has been that Tesla Vision needs more time to become reliable. Any software can be improved, but it seemed that the people who actually got to experience Tesla Vision said it was noticeably better than a car equipped with radar.

It is unclear how far Tesla can take Vision, but Vision opens up more opportunity for the system to grow. Vision enables the vehicle to have a better sense of the environment it is in. For example, Tesla’s are able to drive themselves on snowy roads, but they will often make minor errors and skid too much. The car should soon be able to handle those tough weather conditions better than a driver could because FSD will obtain be given the ability to detect the slightest changes to the environment such as a snow drift or pile. Tesla vehicles can already detect potholes so they will slow down and drive around them. It would be worth it to test that facet of the software on a road with some potholes.

Tesla’s FSD is still at a stage where it has a hard time driving off-road unless the driver intervenes sometimes. Past videos have shown Tesla cars not moving over for oncoming vehicles when driving off-road.

There is a strong possibility that FSD’s off-road capability will improve in the coming months and years. This will be due in part to Vision, but it is more than that. The car needs to be able to read the topography well enough to where it can chart its own course on a trail through the woods.

Most neural nets have 2.5D capabilities. Some have 4D, but Tesla still has a way to go in this category. This is very important because Tesla needs to have an FSD software that has enough memory so the car can perform many more driving functions than it has the ability to currently.

A realistic goal for Tesla

As of mid 2021, FSD can handle most driving situations on its own. The driver has to stay alert and will even need to intervene sometimes. This next point is somewhat subjective, but the FSD system is currently around 85% autonomous. It might be possible that Tesla could eventually have their cars be 97-98% autonomous. This means the car rarely, if ever requires any sort of human intervention. Many believe Tesla vehicles will never be fully autonomous which has led to backlash since Tesla markets their system as self-driving.