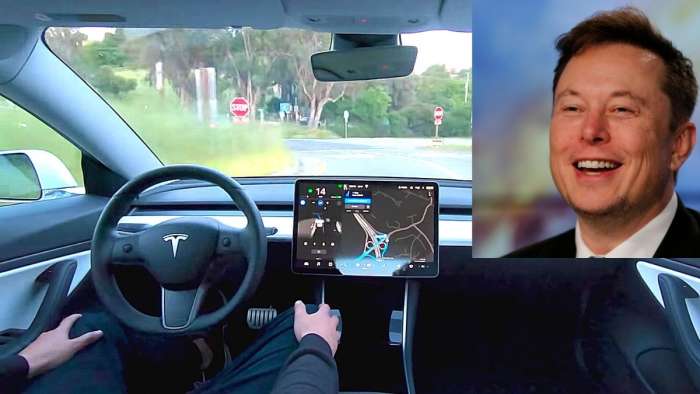 Drivers Get Taste of Tesla FSD Beta Update 8.2 for 2021 with More Soon

Tesla is ramping up the rollout of its new FSD beta update. There is much excitement over this as the software is reaching critical milestones. However, Elon Musk cautions that the tech has room to improve.
Advertisement

Elon Musk speaks of the FSD's expanded rollout in this March 5th tweet. He informed us that Tesla is working on getting its new Full Self-Driving Beta update (8.2) out to more drivers. On Friday, Musk tweeted, “If you want the Tesla Full Self-Driving Beta downloaded to your car, let us know. Doubling beta program size now with 8.2, & probably 10X size with 8.3. Still be careful, but it’s getting mature.”

Due to high levels of demand for FSD Beta, adding “Download Beta” button to Service section of car display in ~10 days https://t.co/D6M3ZiMarG

Demand is high as Tesla figures out how to increase access
Not all Tesla users have FSD capabilities installed on their vehicle. The software would cost $10,000 for this slate of customers. Tesla is trying to make the software more affordable.

Youtuber known as Dirty Tesla demonstrates new software
In a recent video he made, the driver took the Tesla out on the road to demonstrate the various features of this update and the existing autopilot system as a whole. He also recorded all the instances in which he had to intervene with autopilot by putting his hand on the wheel or foot on the accelerator. A huge improvement is the fact that the car will now go faster than the speed limit on a given road. It’s a needed upgrade due to the fact driving the exact speed limit on a given road will sometimes invite the ire of traffic in the rearview mirror. This driver was doing stints on both major highways and local backroads. The highway driving portion required almost no interventions from the driver. The portion of the video on local roads required a few more interventions which is expected with self-driving tech.

One weakness that the autopilot system still has is the recognition of an object. For example, the vehicle sensed a shadow on the road and slowed down to a few miles per hour. It will be interesting to see how this is addressed in the future. Another major weakness appears to be that the car doesn’t completely know how to navigate a roundabout. The driver had to push the accelerator to get the car to safely go through the roundabout.

It will be noteworthy to see how Update 8.2 does in the snow. This same YouTuber took a Tesla in the snow with the previous version 8.1. The car performed well on tight and slick roads in a congested downtown. However, there is some room for improvement. The car would occasionally take turns too fast and ran into a snow pile or two on 8.1.

What should be looked at for future updates?
The Tesla autopilot technology has come a long way from just a year ago and has improved eons from three or four years ago. Based on where the tech is at now, it appears the car can handle suburban driving with ease. The video above shows mostly suburban/exurban driving with light traffic at times. However, it would be interesting to see how 8.2 and future updates improve their performance driving in an area like New York City. Update 8.3 is expected in the near future and update 9 will come soon after that.

Tesla says FSD will never be fully autonomous
Tesla told the California DMV the FSD's tech will never be fully autonomous. This is a bold statement and quite a declaration. We have known for quite some time that self-driving tech will probably always have its issues. We will see how other car makers respond to this statement as Tesla has always led in terms of innovation on the self-driving front.

Let us know what you think in the comments. If you own a Tesla and have this new update on your car, we would like to hear your feedback.

Stefan wrote on March 12, 2021 - 10:40am Permalink
Tesla did not say that FSD will never be fully autonomous. Tesla said that the current and next few upgrades will still be only level 2 autonomous. This was emphasized so that they wouldn't have to deal with being regulated yet. A later sentence said that Tesla would work towards full level 5 autonomy in future versions.
Yuri wrote on March 29, 2021 - 6:05pm Permalink
Well if it is never gonna be fully self driving, I think Tesla should refund out money.

Tsingshan's Threat to Tesla: EV Maker Is In Battery Crosshairs
Tesla-Funded Research Reveals One of The Biggest Mysteries of EV Battery
END_OF_DOCUMENT_TOKEN_TO_BE_REPLACED