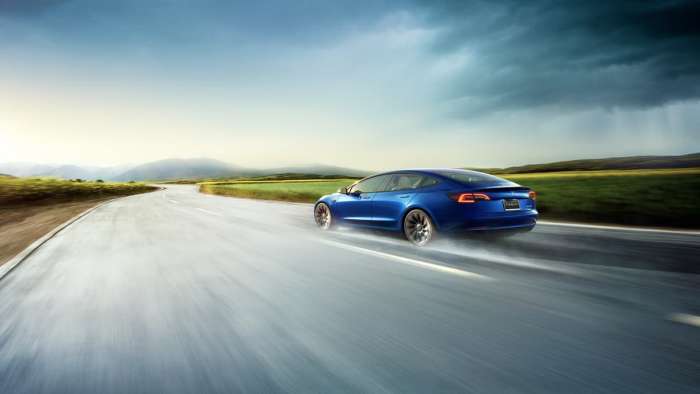 Tesla has begun to rollout Tesla vision which is a new setup for its self-driving fleet that uses only cameras and no radar. This rollout has mostly been good so far, but there are a few things Tesla could have maybe done differently.
Advertisement

To start, this report card is simply grading Tesla’s rollout of Vision. It will be exciting to see the prowess of Tesla’s new Vision technology on the roads in the coming weeks and months. There could be more developments in the coming days, but a lot of the most important information can be found in a blog post on Tesla’s website.

What Tesla did right

Tesla has rolled out Vision in a timely fashion, and this recent announcement came sooner than some people expected it would. The blog post on Tesla’s site gives valuable information such as the fact that auto steer will be limited to 75mph and smart summon might be disabled for some of these initial deliveries. Tesla was forthright about what would be included with Vision at first.

Tesla is rolling out a series of new software updates in the coming weeks that will restore the oversteer and smart summon features. This should further enhance the driving experience and will give buyers a reason to commit to buying a new Tesla as we move into the second half of 2021.

What Tesla did that was questionable

What we will learn in the coming weeks

Since Tesla is using a new blueprint and doing away with radar, it sounds like a change as big as this will in turn affect the way the car drives. It will be interesting to see the strengths of Tesla Vision and its weaknesses. It does seem like a very impressive setup that has been created to be super precise, but every system has its hiccups. Tesla should also be trying to sell Vision by talking about how it will make the self-driving software more competent overall.

The grade Tesla should earn

Tesla deserves a B or a B plus. Tesla was honest about what is going to be put in place which helped their grade. They unfortunately have scaled back the rollout and haven’t given on timetable on when Vision will appear on the Model S and Model X.