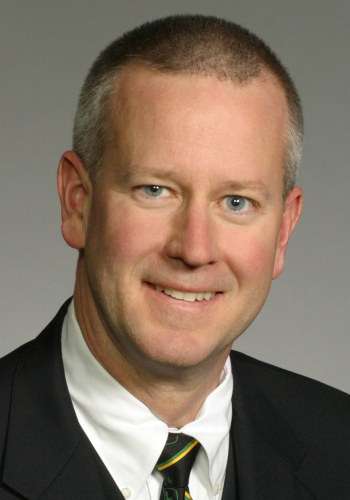 According to the latest GM media release, James A. Davlin joins General Motors (NYSE: GM) from Deere & Company NYSE: DE), a global leader of agriculture and construction equipment, where he was vice president of Corporate Strategy and Business Development responsible for defining and implementing the company’s strategic initiatives, mergers and acquisitions. He was vice president and treasurer there from 2007 to 2010.

From the viewpoint of this reporter, GM stock holders should be pleased that the General is looking for the right talent, not just any talent; albeit there are many talented people being groomed within GM‘s corporate walls, One still has to wonder how much influence the government may have had over going outside..

“His experience as a finance leader in other large, global companies makes him well suited to contribute to our efforts to improve our operational leverage, drive global growth and achieve long-term profitability for GM,” said Ammann.

For the record, General Motors (NYSE:GM, TSX: GMM) is one of the world’s largest automakers, tracing its roots back to 1908. With its global headquarters in Detroit, Michigan, GM employs 208,000 people in every major region of the world and does business in more than 120 countries.

GM and its strategic partners produce cars and trucks in 30 countries, and sell and service these vehicles through the following brands: Baojun, Buick, Cadillac, Chevrolet, GMC, Daewoo, Holden, Isuzu, Jiefang, Opel, Vauxhall, and Wuling. The global Chevrolet brand celebrates its 100th anniversary in 2011.

GM’s largest national market is China, followed by the United States, Brazil, the United Kingdom, Germany, Canada, and Italy. GM’s OnStar subsidiary is the industry leader in vehicle safety, security and information services. More information on the new General Motors can be found at www.gm.com.

GM stock hasn’t done much since its IPO, except perhaps those first few weeks. Since then, GM stock has trended downward, now to a level just above its book price.

It’s also disconcerting that the Chevy Volt is just plain overpriced. Either the car simply does not deliver enough fuel efficiency to pay their price-tag premium vs. regular cars, even with government subsidies; or the premium price tag cannot avail a reasonable monthly fee for the average household.

Now a major sell-off that started last Wednesday from Bernanke's FOMC decision has investors sitting on pins and needles. And GM stock fundamentals can’t seem to do a darn thing about it.

GM book price is still sitting there for price support at 19.57 per MarketWatch.com .

LG's New EV Battery Plant Is a Welcome News for Tesla
Tesla Giga Berlin's New Hurdle: It's Not Only the Gov't, but Now Tesla Itself
END_OF_DOCUMENT_TOKEN_TO_BE_REPLACED