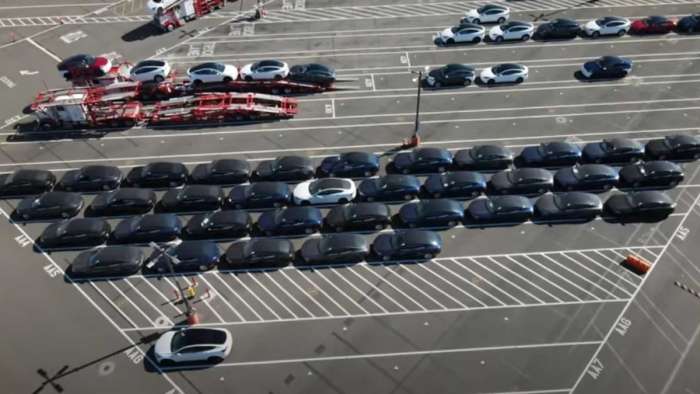 Tesla CEO Elon Musk has announced on Twitter that Plaid Model S delivery event which was originally slated for June 3 has been pushed back by a week and now will be held on June 10.

According to Musk, the short delay is to do final tweaks on the vehicle. Elon did not elaborate what those tweaks are but said “this car feels like a spaceship. Words cannot describe the limbic resonance.”

This car feels like a spaceship. Words cannot describe the limbic resonance.

On a related topic, Tesla also recently stopped accepting new Plaid Plus Model S orders which point to very high demand for the vehicle. According to our estimates, new orders for the Plaid Plus variant likely won’t be delivered until 2023.

However, due to the chip shortage that is plaguing the entire automotive industry, Tesla is building the vehicles and storing them in the Fremont factory parking lot till all parts become available.

It’s not clear whether the delay still has to do with chip availability, but whatever the reason it is still a small wait for the mind-blowing performance and technology the refreshed Model S is expected to come with.

Of these amazing specs, Tesla has said the new Plaid Model S comes with a whole new interior with a horizontal touchscreen, a Rectangular Steering wheel, a screen for passengers in the rear seats, and an overall new look.

The new interior has also gone away with gear stalks and turn stalks and replaced them with a predictive system that autonomously detects obstacles and that can be overridden by the touchscreen.

Some have found these changes to be controversial however, like all of Tesla’s major changes they will be loved by owners since the changes were underpinned by Elon Musk and Tesla’s elegant first principle ethos.

The performance of the new Plaid Model S is even more amazing. The 4 door sedan can go 0 to 60 in 1.99 seconds, can do the quarter-mile in 9.3 seconds, and can generate over 1000 horsepower.

However, Tesla is also holding some of its cards close to the chest and according to a who is who gathering of Tesla Twitter personalities on Clubhouse, the EV maker will be making public several exciting announcements at the June 10 delivery event.

Of the announcements, the most notable ones will be 350KW V4 supercharging, Tesla’s version 11 UI, and possibly the launch of the 4680 cells in the Plaid Model S.

Excited to see if all the leaks come true. And lucky for us Musk has announced there will be a live stream of the June 10 delivery event for those who won’t be able to attend in person.

We will post the link for the live stream as soon as Tesla makes it available. Make sure to follow us on Twitter to be the first to know.

So what do you think? Are you excited about the Plaid Model S? A little bummed the wait has to go on for another week? Any of you have a reservation for Long Range and Plaid Model S? Let me know your thoughts down in the comments below.

For more information check out: Tesla User Interface Patent Shows Early Cybertruck and Camper Design and More Also, see Tesla Gets Approval To Use This Helicopter At Giga Berlin

DeanMcManis wrote on May 31, 2021 - 2:49pm Permalink
Waiting another week won't hurt anything. However, the tweet did make me look up limbic resonance.