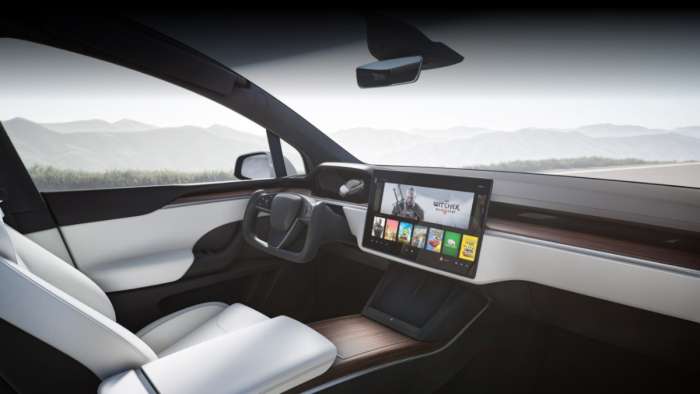 For the refreshed Model S & X, Tesla has chosen to go with a yoke steering wheel and replaced the gear and turning stalk with AI. These changes have had a mixed reaction. However, they will undoubtedly be embraced since, like all Tesla vehicles, were underpinned with first principles design.
Advertisement

And now with the new Model S and X interior, Tesla has made radical departures in the design of the interior of the vehicles. And the same “what have they done” sentiment has been heard among Tesla enthusiasts.

One such notable example is Ben Sullins from the namesake youtube channel. In his review of the new Model S and X, he was blown away by the performance numbers and other tech aspects of the car. However, he seemed to have mixed feelings about the more controversial pieces of the redesign like the rectangular (yoke) steering wheel and AI replacing the gear and turn signal stalks.

In his review, he admired the vehicles but ultimately decides to keep his previous generation Model S. Ben throughout the video, especially whilst reviewing some of the radical departures in the design, had a “why change it if it is not broken” attitude.

The same can be said for Marques Brownlee of the mega youtube channel MKBHD. Reviewing the vehicle, Marques had a more positive overall attitude to the refresh. He was especially happy with some of the tech inside the car like active noise cancelation to reduce cabin noise, the new location of the wireless chargers, 2200x1300 resolution screen, and powerful GPU for gaming.

In addition like everyone, he was blown away with the 1.99 0 to 60 time, 9.3 seconds quarter-mile time, and the 200 miles per hour top speed. However, despite saying he is considering buying the new Model S at the beginning of the video, by the end he ultimately decided to keep his current generation Model S.

So why does Tesla do this? Why do they change things that are already working and their customer base already loves? The answer is simple. Elon Musk’s and Tesla’s first principles approach to designing cars, and as a matter of fact, making any major decision.

It might seem radical to part with the gear selector and turn signal stalk and replace them with neural nets. The neural nets are to replace these functionalities by predicting what gear the car should be in and when and which direction to display the turn signal based on navigation data and obstacles around the vehicle.

However, this decision seems radical cause no one has ever done it. Like Elon Musk usually says most people think by association, as in something is like that other thing, rather than from first principles. In first principles thinking every truth, we hold by custom is questioned and examined. In the case of designing a car, it means the need for every part is questioned. And again as Musk likes to say “the best part is no part the best process is no process.”

And when Tesla asks those questions they often come up with design decisions like foregoing the stalks. But as it usually is people will end up loving those features since it wasn’t designed for the sake of being different but is underpinned by first principles ethos.

The same could be said about the yoke steering wheel. A number of people including Ben and Marques questioned the safety of the feature. However, Elon Musk in the past has said Tesla’s number one goal when designing their vehicles is safety. And I take him at his word. 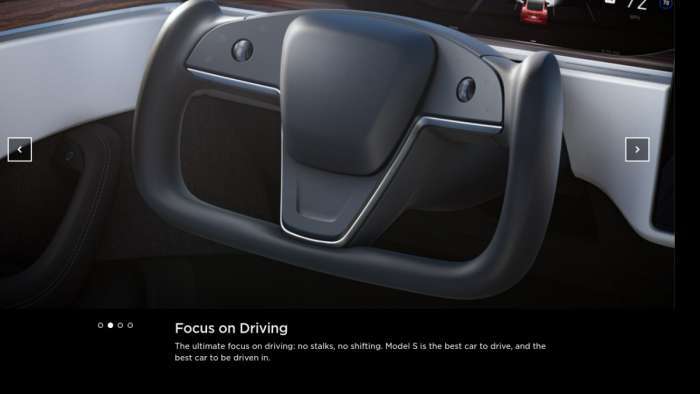 Elon Musk, during Tesla’s stellar Q4 earnings call, has said, this week he will hold a call with reporters about the new Model S and X and the plaid powertrain. So we should get more information about the design of the vehicles then.

In conclusion, once people get their hands on the new features of the Model S and X, as they did with all the other “radical” features of Tesla vehicles, customers will end up loving them. And the reason is, Tesla did not choose the design for the sake of design, the new features like all of Tesla’s other features have first principles as their blueprint.

So what do you think? Do you agree Tesla’s new design decisions will end up being accepted by the owners? Or do you think the company has just gone too far this time? Let me know your thoughts down in the comments below.

For more information check out: Pictures Of Elon Musk’s Boring Company Show Completed First Ever Loop Ahead Of Inauguration. Also, see Tesla To Get EU Subsidy For Berlin Battery Plant, But It Might Not Matter

DeanMcManis wrote on February 4, 2021 - 6:39pm Permalink
Yeah, there is a mixed bag of responses to the new changes. And I wrote my own story here also on the steering yoke and gear selector design changes. For me, I'd be OK with the changes, and frankly they are less important to me than hearing that Tesla is coming out with a more affordable Plaid Model S, next month! The 9.3 sec 1/4 mile claim alone is simply amazing! Go to any drag strip and you will soon see that street legal cars running the 1/4 mile in less than than 12 seconds are rare and obviously fast. And getting close to 9 seconds will most likely make the Plaid Model S the quickest production car in the world, until the Model S Plaid+ comes out later this year, and the even quicker Tesla Roadster II comes out next year! One note is that on most drag strips, running faster than a 10 sec 1/4 mile, or over 150MPH requires having a full interior roll cage, AND a parachute!! Overall, I really like the refresh. Bringing all of the updated interior bits from the newer Model 3 and Y combined with many other enhancements. It will definitely refresh Model S and X sales!

Tsingshan's Threat to Tesla: EV Maker Is In Battery Crosshairs
Tesla-Funded Research Reveals One of The Biggest Mysteries of EV Battery
END_OF_DOCUMENT_TOKEN_TO_BE_REPLACED