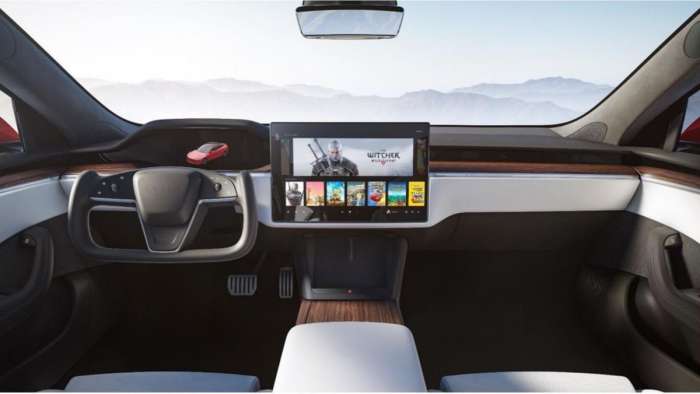 Tesla has released the refreshed Model S and X with the plaid powertrain. The new vehicles come with several changes to the powertrain, interior, and functionality, including replacing turning stalk and gear selector, rectangular steering wheel and Plaid powertrain.
Advertisement

Tesla, after much anticipation has finally released a refreshed Model S and X. In addition, the EV maker has also gone away with the performance models of the vehicles and replaced them with a tri-motor all-wheel-drive plaid variant.

The vehicles come with a whole new interior with a horizontal touchscreen, a Rectangular Steering wheel, a screen for passengers in the rear seats, and an overall new look. The new interior has also gone away with gear stalks and turn stalks and replaced them with a predictive system that autonomously detects obstacles and that can be overridden by the touchscreen.

The air vents also have been refreshed and now look similar to the ones in the Model 3 and Y. The center console also resembles that of the new look of the Model 3.

The exterior of the vehicle has seen minor changes. The air intake is slightly bigger, the body seems slightly wider and the front fascia is slightly sleeker but overall keeps the basic classic lines the vehicles debuted with. 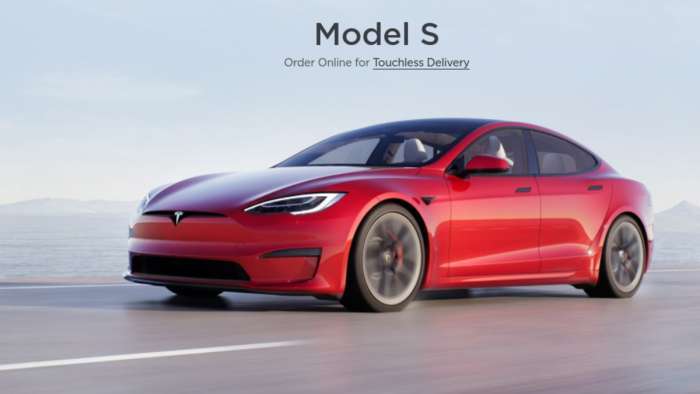 The Plaid versions of the Model S and X also come with a significant performance upgrade. The plaid Model S now has 1020 horsepowers, can do 0 to 60 in less than 1.99 seconds. However, Tesla for the past couple of years has already held the mantle of the fastest accelerating vehicle from 0 to 60, what is much more impressive is the quarter-mile time.

The plaid Model S can do the quarter-mile in 9.3 seconds. This makes the plaid Model S the fastest production vehicle in a quarter-mile. Vehicles it is leaving in the rearview mirror are multi-million dollars two doors hypercars such as the Porche 918 Sypder, the Buggati Chiron, and amazing sports cars such as the Porche 911 turbo S and the Lamborghini Huracan Performante.

In addition to the acceleration times, the Plaid Model S has also gotten an upgrade to the top speed. Flat out the plaid Model S can reach 200 miles per hour.

As for the Plaid Model X, it also gets an impressive 0 to 60 time of 2.5 seconds. This makes it a 7 seat SUV that is as quick as the Buggati Veyron. Tesla didn’t release the quarter-mile time for the X and the top speed remains at a more reasonable 163 miles per hour. 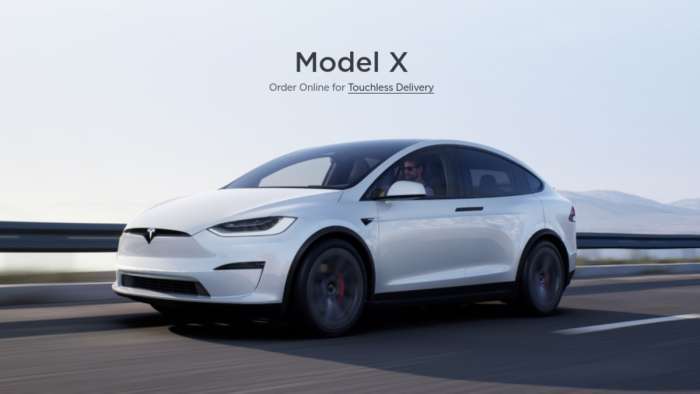 Tesla has now also added a heat pump to the refreshed Model S and X. According to the EV maker, this will allow the vehicles 5 times more high-speed runs on the track than the previous iterations of the vehicles. The heat pump will also help in cold climate range loss.

The range of the vehicles has slightly improved but Tesla seems to be saving the 520 mile EPA range for the top of the line Plaid Plus Model. The Plaid Plus Model unlike the “regular” plaid which will be delivered next month will come at the end of 2021.

So what do you think? Are you excited about the refreshed Model S and X? How about the new interior? Did Tesla go too far with the rectangular steering wheel and removing the gear selector and turn stalk? Let me know your thoughts down in the comment below.

For more information check out: Tesla Q4 Earnings: Largest Payday For Elon Musk And Launch Of Refreshed/Plaid Model S Possible Also, see Tesla To Get EU Subsidy For Berlin Battery Plant, But It Might Not Matter

Tsingshan's Threat to Tesla: EV Maker Is In Battery Crosshairs
Tesla-Funded Research Reveals One of The Biggest Mysteries of EV Battery
END_OF_DOCUMENT_TOKEN_TO_BE_REPLACED