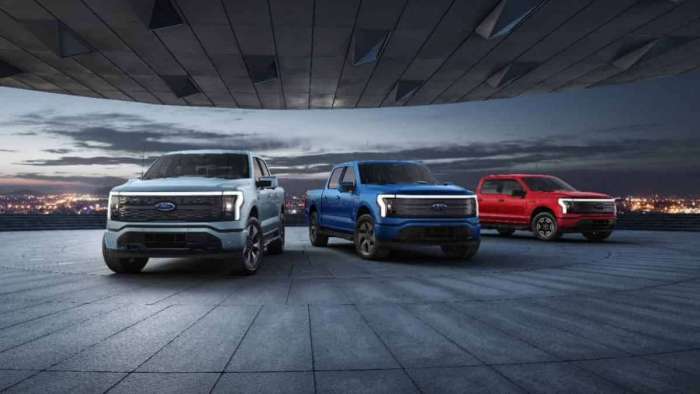 On a day when Ford was celebrating the introduction of its important electric truck, the Lightning, Ford also announced depressing news as it announced downtime of its major lines due to the chip shortages.
Advertisement

The computer chip shortage that has halted the production of essential vehicles to Ford, Stellantis, and others appeared to worsen today. Ford announced that the plants that build its key model, the F-150 pickup, will be idled for two more weeks at the end of this month and the beginning of June.

The reason for the two-week closure is the ongoing computer chip shortage that has coincided with the reopening of the automotive economy, pent-up demand, and consumer savings that are sitting burning holes in many consumer bank accounts.

As has been noted in Torque News, the computer chip shortage began earlier this year when the automotive economy began to open up. The automakers found that the foundry companies that make computer chips had, while the carmakers were closed due to the coronavirus, taken the sudden "excess capacity" on their chip lines and turned it elsewhere. The elsewhere they had turned it to was incompatible with automotive needs. So, without the dedicated resources formerly available, carmakers found that they faced a supply chain shortage.

The foundry firms turned to computer chips that were denser and narrower by many microns. The auto industry needed chips with wider spacing. The car industry can begin using chips with denser platforms, but it will take some time to either retrofit or build the new chip spacing into the critical control chips needed by the car industry.

For the auto industry, the need for more computer chips came as the automotive market opened up and consumers began coming back to dealerships. The automotive market has been particularly exciting. Ford introduced the Bronco and Bronco Sport – the automaker had about 130,000 reservations on its order line and has filled them all. It also had the reworked Explorer with improvements to the SUV's line and the Lincoln Aviator, the automaker's luxury SUV line. There was also the introduction of Ford's first all-electric vehicle, the Mustang Mach-E. Ford also announced the Mustang brand at that time. The Bronco brand has since joined it.

Also, Ford, this week, introduced its all-electric F-150 – see the analysis by my colleague Jimmy Dinsmore who sereported on the Lightning's introduction. Ford says it has now booked 20,000 orders for the Lightning -- the name of Ford's electric pickup.

Pent-Up Demand High For These Reasons

Pent-up demand for the new vehicles is very high. Due to the continuing coronavirus pandemic, consumers withdrew from the market. However, with more consumers being vaccinated against the horrific virus and coming out, the pent-up demand for Ford vehicles was met, at least initially. Now, as noted, the shortage is affecting dealer and customer expectations.

Ford's chip shortage is putting a damper on sales, although dealers can mark up sought-after models by, in some cases, $10,000 or more. The markups are, after all, the result of the nearly immutable marketing laws of supply and demand. The fewer desirable vehicles that are available, the more they can cost.

Meantime, impatient Bronco buyers are surging after classic models and driving up their prices as Jimmy Dinsmore discusses here.

Combined with the new pent-up demand, consumer savings are, according to various observers, an all-time high. Consumers haven't been able to get out to spend their government stimulus checks. The checks have remained in consumer bank accounts, creating a savings atmosphere unlike any in years.

That said, though, today, the same consumers are ready to step out and spend their cash in the wake of late last week's announcement that vaccinated people can appear indoors and outdoors without masks provided they are dealing with other vaccinated types. It has created the dynamic in the market that is now unfolding. Customers are coming back into the market. However, prices are heading up as there is a shortage of new cars.

Into this market came the news today that Ford is planning a two-week shutdown of the nation's best-selling vehicle, the Ford F-150. It's funny that the announcement came on the same day that the automaker unveiled the electric version of its market-leading vehicle. The F-150 has been the nation's top-selling vehicle for the last 44 years.

Employees of the Kansas City Assembly Plant, Missouri, learned that the plant would shut down on May 31 and June 7. The automaker notified its employees in a memo from management. The Dearborn Truck Plant, which also builds F-150s, will also be shuttered for the same weeks. And, the plant will be on a reduced schedule the week of June 14.

Meantime, the Chicago Assembly Plant, which builds SUVs, will be down the week of May 31 and reduce its workload on June 7. Flat Rock will be out the weeks of May 31 and June 7. The Flat Rock plant builds Mustangs.

And, the Hermosillo Assembly Plant, Mexico, which builds the popular Bronco Sport, will be out June 21 and 28. Also, the Louisville Assembly plant will be down most of June. Automotive News indicated the plant would be shuttered from May 31 to June 28, while the Oakville, Canada, Assembly plant will be down from May 31 to June 21. Avon Lake in Ohio will be building only Super Duty chassis cabs and medium-duty trucks. The schedule for Avon lake is the week of May 31 and June 7 to 14.

Given the continuing program of staggered shutdowns over the last couple of months, assembly plants have already had many downtimes. Dealers, Automotive News observed, are growing anxious in the face of shrinking supplies of crucial vehicles like the best-selling F-150 and the popular Bronco Sport. 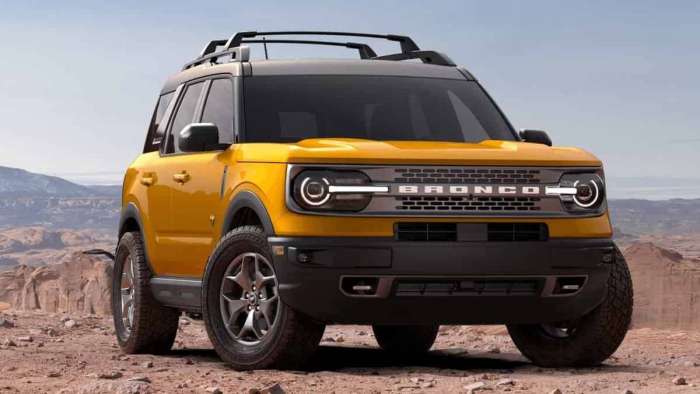 The automaker has been making and parking partially-built F-150s and other models to keep things moving ahead as the automaker awaits hard-to-find semiconductor chips. Automotive News noted that Ford indicated it had 22,000 partially built vehicles waiting for hard-to-find electronic modules.

This situation is expensive for the automaker. Ford execs told reporters during the week that the coming months will likely be even worse as the semiconductor shortage will likely tighten even further. Faced with this situation, the automaker believes the ongoing shortage will cost it about $2.5 billion in 2021. Even more important, though, Ford expects to lose about 1.1 million vehicles for the year. Putting this in perspective, Ford execs told reporters that the automaker expects to lose half of its production for the quarter.

Ford isn't the only one facing inventory-limiting microchip issues. Renault has felt the chip supply tightening and other automakers, such as Stellantis, Jeep, Honda, and others, have as well. 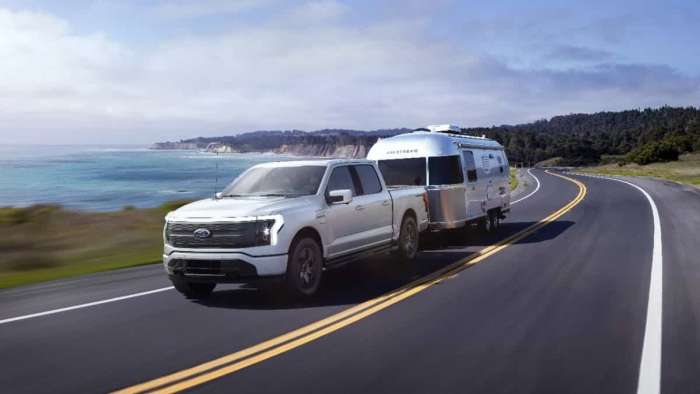