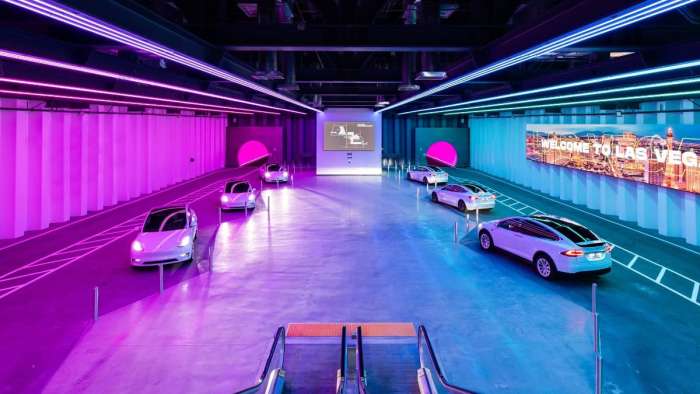 After The Boring Company raised $675 million from outside investors, Elon Musk's confidence in his tunneling start up looks to be growing. And today, Musk offered the largest and most congested cities in the world if they want The Boring Company tunnels.
Advertisement

And today, Musk announced The Boring Company will build a working Hyperloop in the coming years. If you are unfamiliar, Hyperloop is a brand new mode of transportation Musk introduced back in 2013. According to the Hyperloop white paper, the system should allow terrestrial transportation at speeds as high as 700 miles per hour.

In addition, the Boring Company has also started operation at the company’s first commercial tunnel at the Las Vegas Convention Center. This has allowed the tunneling startup to prove out it can deliver the same functionality at the fraction of the cost and time of other tunneling ventures.

Musk has said long term he hopes to improve tunneling speed to that of a snail's speed and improve cost per mile of a tunnel by an order of magnitude.

And as Musk’s hope for the Boring Company has started to come to fruition, the Tesla CEO now feels comfortable enough to ask some of the largest and most congested cities if they want a tunnel.

Today, in a Twitter exchange where a user listed 10 of the most congested cities in the world which include some major metropolitan areas such as London, Paris, Moscow, New York, and Rome, Musk simply replied saying “tunnels anyone?”

Currently, this might seem like an off-the-cuff tweet by Musk, however, if history is any lesson most of Musk’s biggest projects including the Boring Company itself start out as a simple tweets.

However, if Musk receives a reply from representatives from any of those cities, in a short time we might be looking at the Boring Company becoming the preferred tunneling solution for the biggest cities in the world.

As of now, none of the city representatives from the mentioned cities have reached out to Musks. However, we will be sure to keep you updated if we get any more information. Until then, make sure to visit our site torquenews.com/Tesla regularly for the latest updates.

Image: Courtesy of The Boring Company