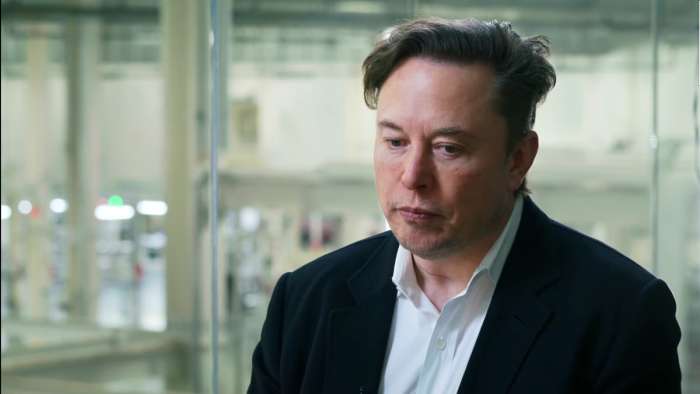 Elon Musk: ‘I didn’t leak’ text Messages Of Bill Gates Admitting He Has A $500M Short Position Against Tesla

The New York Times recently shared what appeared to be text messages between Elon Musk and Bill Gates where the former Microsoft CEO admits that he has a $500 million short position against Tesla. Elon Musk has now confirmed the text messages are indeed authentic but, denied that he was behind the leak.
Advertisement

For a while now, there have been speculations that Bill Gates, once the richest person in the world, and, an individual famous for his philanthropic efforts to curb greenhouse gas emissions, has bet a considerable amount of money against the largest EV maker in the world, Tesla.

The rumors first began with Elon Musk’s last appearance on the Joe Rogan Podcast. During their conversation, Rogan asked Musk about Bill Gates’ criticism of the Tesla Semi. Musk in his answer got into detail on why Bill’s take on the Tesla Semi was wrong.

However, on top of defending the Tesla Semi, Musk claimed there might be a more sinister reason behind Bill’s criticism of Tesla’s 18-wheeler. During the podcast, Musk claimed that he has “heard from trusted sources Bill Gates has a short position against Tesla” continuing Musk also added, “if it is true, he has lost a lot of money”.

Related News: Tesla Explains Why The Refreshed Model Y Only Has A 279 Mile Range Despite 4680 Cells & Structural Pack

At that time, Musk didn’t put forward any evidence behind his assertion of Bill’s short position against Tesla. And given Bill Gates’s long support of clean energy, Musk’s accusations seemed to be too far-fetched.

However, Gates added more fire to the rumors in his subsequent appearance on CNBC’s Squawk Box. During the interview, Gates was directly asked “if he currently has, or has ever held a short position against Tesla”

Given the opportunity, the assumption was, that Bill Gates will set the records straight, unequivocally say he doesn’t have and never has taken a short position against Tesla, and that would be it. However, here is what Gates replied…

“I think what Elon has done with Tesla is fantastic, it is probably the biggest single contribution to showing us that electric cars are how we solve climate change. And now he has got a carbon removal challenge, so we need more Elon Musk’s. We need one for steel, cement, and all the different categories” said Bill Gates.

The CNBC interview then proceeded to interrupt Bill and again asked him “so you are not short Tesla, just so that we are clear”. Gates mumbled his next couple of words and said “I don’t talk about my investments but I think he should be very proud of what he has done”

What was interesting about Bill’s response is, that in addition to not giving a clear answer on whether he shorted Tesla stock, he also claimed he doesn’t talk about his investments. However, at the beginning of the interview, Bill gates started out by discussing his successful investments in Impossible Foods, Beyond Meat and QuantumScape.

This made people almost certain Bill Gates was hiding his bet against Tesla. But, still, no one could say for sure if Gates was indeed short the EV maker’s stock. That is, at least until now.

Yesterday, The New York Times shared what appears to be a leaked text message between Bill Gates and Elon Musk. In the back and forth between two of the richest people in the world, Gates approaches Musk to discuss philanthropic opportunities.

Musk, however, in response directly asks Gates if he “still has a half billion dollar short position against Tesla”. And in what was somewhat of a shocker Gates responds by saying “sorry to say I haven’t closed it out”.

This was an incredible admission on the part of the former Microsoft CEO, however, there were still doubts about the authenticity of the text message. That is at least again until now. A few hours ago, Musk came on Twitter and confirmed the text messages were indeed authentic.

The text messages appear to be screenshots from Elon Musk’s personal phone however, the Tesla CEO nevertheless denied being the person behind the leak writing on Twitter “I didn’t leak it to NYT. They must have got it through friends of friends.”

Musk then continued to downplay the significance of the leak writing “I heard from multiple people at TED that Gates still had half billion short against Tesla, which is why I asked him, so it’s not exactly top secret.”

@elonmusk is this real lol

Yeah, but I didn’t leak it to NYT. They must have got it through friends of friends.

I heard from multiple people at TED that Gates still had half billion short against Tesla, which is why I asked him, so it’s not exactly top secret.

If Musk wasn’t behind the leaks, then it begs the question who took the screenshots? Ultimately, wherever the texts might have come from, it's difficult to fathom why Bill Gates, one of the most ardent supporters of clean energy, would bet against the company doing the most to accelerate the advent of sustainable energy.

As of now, we have yet to hear from Bill Gates explaining why he took such a massive bet against Tesla. However, we will be sure to keep you updated if we get a reply from Bill Gates on the matter. Until then make sure to visit our site torquenews.com/Tesla regularly for the latest updates.

So what do you think? Surprised Bill Gates put up half a billion dollars to short Tesla? Do you think the former Microsoft CEO could be behind some of the short-seller attacks on Tesla? Also, do you think Musk didn’t leak the messages? Let me know your thoughts in the comments below.

For more information check out: Rivian R1T Goes Head To Head Against Tesla Model X In A Quarter-Mile Match-up