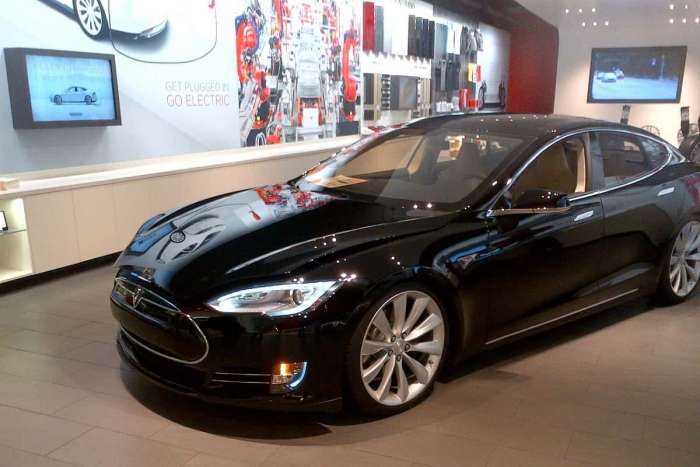 Tesla's Model S continues to be a strong seller, even when it's used.
Advertisement

According to a new study by our friends at iSeeCars.com, Tesla's Model S is the top-selling used model in its class. Not only that, the Model S has a higher average sales price than the BMW 7 Series, Jaguar XJ, Audi A8, and Audi A7. If any further proof was needed that the Tesla brand has serious lasting value, this is it. 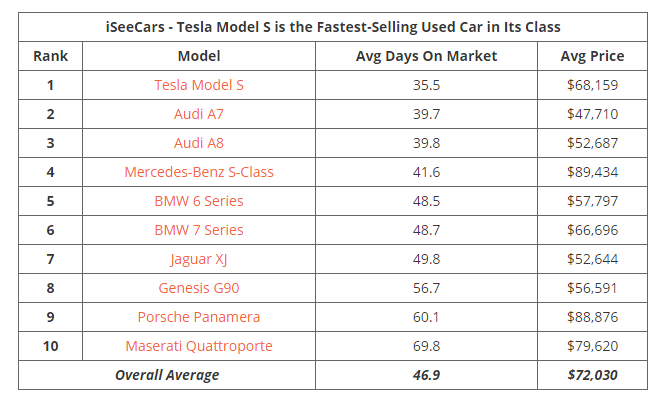 If there is a better luxury/performance sedan than the Tesla Model S we haven't driven it. The Model S was groundbreaking when it debuted seven years ago. It brought a new level of performance and style to a stagnating market segment being overrun by crossovers. That it is powered by electricity is almost beside the point.

Now that the years have passed, the Model S is widely available used. Listings are easy to find and Tesla does an admirable job of updating its cars as they age. iSeeCars pointed out that in 2017 a Tesla update gave Model S owners the option to upgrade to Autopilot features such as automatic emergency braking, automatic high beams, and blind-spot monitoring. Many of the older Model S cars also enjoy unlimited free supercharger use (other used Model S cars from recent years may not). We don't know of any other used luxury car that comes with free go juice.

iSeeCars analyzed used car transactions of the Tesla Model S along with nine other competitive luxury cars. Researchers discovered that the Tesla Model S is the fastest-selling among its competitors, with an average selling time of 35.5 days. That's 24.2 % faster than the average for this segment at 46.9 days. It is also 15.8 percent faster than the overall average for all used cars at 42.2 days.

iSeeCars CEO Phong Ly commented on the Model S' solid showing, saying, “The fast average selling time of the Tesla Model S on the used car market shows that its used models are in high demand, which is likely the result of competitive pricing and low supply." Mr. Ly added, "While the supply for used Teslas is still relatively low, it has been growing steadily as more vehicles come off lease, which could cause dealers to be more competitive with their pricing. These significant deals likely contribute to their fast selling time.”

iSeeCars did note that the Model S is one of the most heavily discounted used cars sold in its class. But there is a reason. Unlike the other vehicles in this segment, most Model S cars were sold with a $7,500 federal tax credit when new (or leased) and thousands in state incentives. That the Model S has such a high asking price used, despite these incentives for new luxury/performance EVs, says a lot about its value.