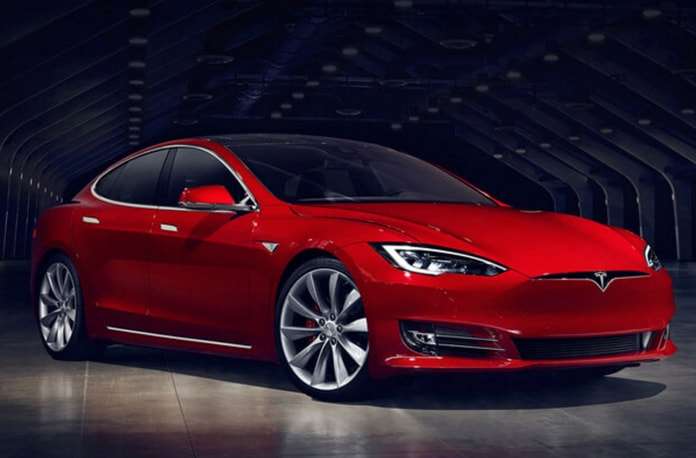 Tesla's sales for 2017 are a disappointment, but the company did have a net positive sales increase for the year.
Advertisement

Tesla, Inc. sold less Model S luxury sedans in the U.S. in 2017 than it did in 2016. This according to estimates by our trusted source of Tesla sales and delivery data, Inside EVs. Those who follow Tesla know that the company hides its delivery data form the public, investors, the media, and fans until forced to reveal it in quarterly public filings demanded by the SEC. Inside EVs has always been a very accurate source for the information prior to official announcements.

Tesla has only had one other year in which the Model S sold less than a prior year. That would be 2014 compared to 2103. This year, the company is expected to have delivered 27,000 Model S cars, compared with 28,896 last year. This is still a very impressive volume of large luxury sedans, a segment which has basically jumped the shark as shoppers turn to larger crossovers.

Speaking of premium crossovers, Tesla's Model X crossover/minivan did have an increase in sales for 2017. It is projected to come in at about 21,300, up from 18,223 in 2016. In combination, the two models represented an approximately 2.5% increase in sales (U.S.) year over year. Clearly, Tesla's market potential in America for these two models has plateaued, and - or Tesla cannot produce more despite its massive infrastructure investments. Either way, Tesla's two main vehicle sources of revenue have leveled off.

This was supposed to be the breakout year for Tesla's automotive business. The $45,000+ Model 3 was projected by Elon Musk to have been selling by the thousands per week in September and by the tens of thousands per month by November/December. The Model 3 launch went poorly for Tesla and the company has again revised its projected deliveries. The latest news is the Model 3 will be shipping in bigger numbers by March of 2018. We will report separately on the Model 3's full-year results once more information is made available.