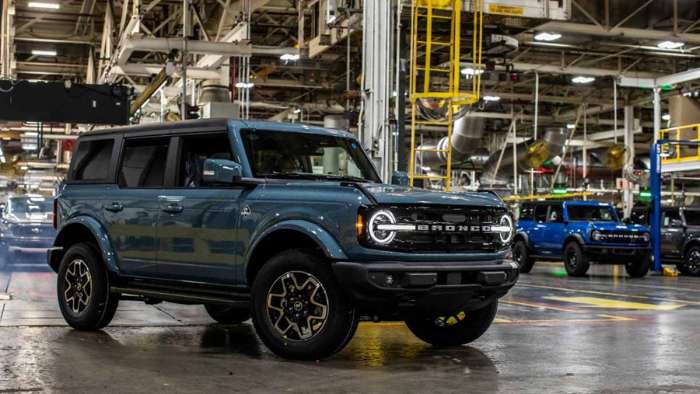 The Wait Is Over: The Ford Bronco Is Now In Production And Shipments Set To Begin

Four letters warm the hearts of Ford Bronco enthusiasts: OKTB. The OK To Build process has finally begun for the Ford Bronco, after delays and much anticipation leading up to this moment.

After 25 years, the Ford Bronco is once again rolling off the assembly line at the Michigan Assembly Plant (MAP). As such, the all-new two-door and first-ever four-door Bronco models are now on the way to Ford dealerships nationwide.

The iconic Bronco’s return has been discussed for nearly a decade now. Ford has teased its return dating back several years. Enthusiasts were giddy at the idea, then that giddiness turned to excitement at the official announcement.

More than 125,000 people put down $100 to reserve their Bronco in either two-door or four-door iterations. And certainly the enthusiasm reached a crescendo here only to have the global pandemic and a subsequent supply chain shortage threw cold water on the hot flames of excitement. Ford says there are more than 190,000 reservations in the U.S. and Canada to date, plus Bronco Nation debates are already fiery and Bronco Roadeo off-road adventure playgrounds are ready to roll.

Ford rolled out this Bronco Celebration video (below) to further drive the excitement as the Bronco rolls off the assembly line.

“We know the fans have been waiting for the Bronco – and we’re so excited to bring it back,” said Suzy Deering, Ford chief marketing officer. “And this Bronco is better than ever. We’re staying authentic to Bronco’s goes-over-any-terrain heritage and have leveraged the brand’s Built Wild innovative design, durability and advanced off-road capability to get the most out of every adventure in the wild.” 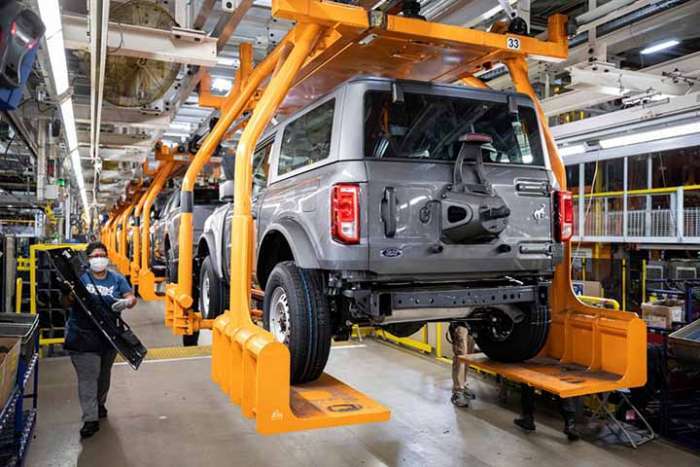 Now the Ford Bronco is back home rolling off the line at Michigan Assembly Plant. The all-new sixth-generation 2021 Bronco two-door and first-ever Bronco four-door model are being shipped to dealers and then to customers who started their journey with a reservation last summer.

Watch the video of production beginning at MAP below.

“We have the most skilled workforce in America working in a plant that’s state-of-the-art,” said John Savona, vice president, manufacturing and labor affairs. “It’s an unbeatable combination designed to deliver our customers a high-quality, ready-for-anything, all-new Bronco.”

Ford’s UAW partners agree – and are proud be part of the historic launch.

“Once again UAW members are excited to build one of the most iconic vehicles in automotive history as the full-size Ford Bronco launches production,” said Gerald Kariem, UAW vice president and director of the Ford department. “This American automotive staple is crafted right here in Michigan by UAW members and will continue the innovative nameplate with quality and pride. UAW members are proud to launch this long awaited re-birth applying new technology and utility to one of the most innovative brands in Ford’s storied history.”

Ford is committed to building in America and assembles more vehicles in the United States than any other automaker. The largest employer of U.S. hourly autoworkers, Ford has added approximately 2,700 jobs at Michigan Assembly Plant to build as many vehicles as possible, bringing total employment to approximately 4,900 people. 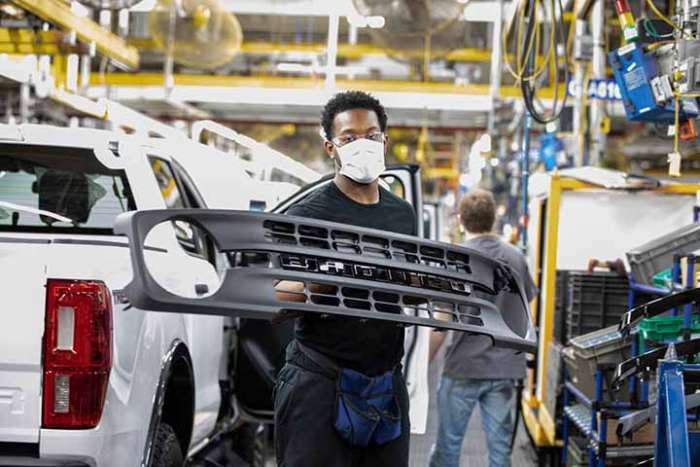 Modifying Your Ford Bronco
We know the Bronco will create a healthy aftermarket, just as Jeep has done so for many years. Ford is offering Bronco customers a chance to modify their Bronco order at the Modification Center.

The Modification Center is a 1.7 million square foot facility — formally the Wayne Assembly Plant — right next door to Michigan Assembly Plant. Bronco customers will be able to opt into modifications including roof racks, a front bumper safari bar and exterior graphic packages, just to name a few, which will be factory-installed at the Modification Center.
Bronco owners can also choose from an extensive lineup of more than 200 factory-backed accessories added at the dealership for maximum personalization. The modular design of the Bronco allows for a vehicle as unique as each customer. 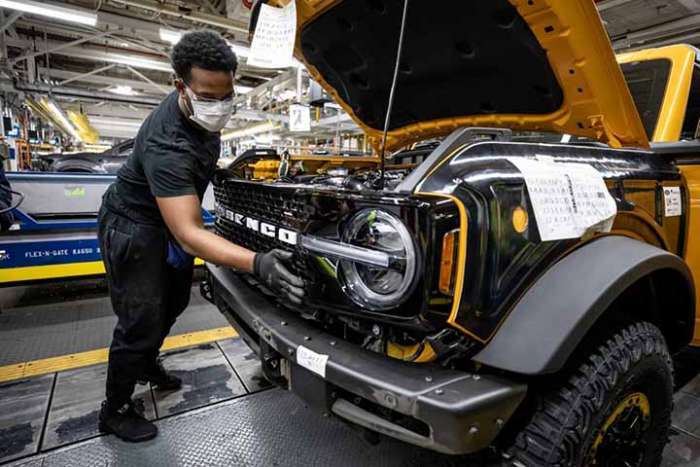 Final Thoughts
The wait is over. Really it is. There will still be a lot of waiting to actually get your Bronco. There’s 190,000 orders out there, but at least the iconic Bronco is rolling off the assembly floor and headed to dealerships.

Related story: Bronco-specific dealerships planned throughout the US.

Patience is a virtue and if we’ve learned nothing over the last year and half it’s that patience is necessary when it comes to manufacturing. The Bronco is an icon for Ford Motor Company. It’s a big day for the Blue Oval as this rugged, off-road 4x4 vehicle is now officially back, at long last.

Have you placed an order? What was your build? Are you excited for the Bronco’s return? Leave me your comments below.