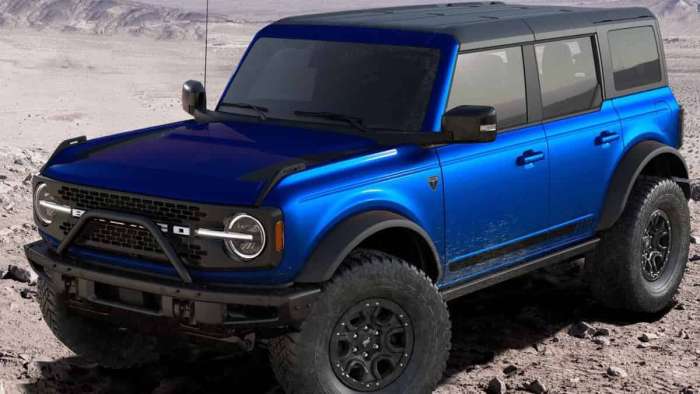 According to a story published this week, 100 Ford dealers plan to add Bronco-only sales sites to their dealerships. Ford notes that they will come in three varieties, full site, partial site, and in-store.
Advertisement

There is little doubt that dealers like boutique shops where they can sell specialized branded items. Many brands use them now and have used them successfully in the past. The shops allow dealers to sell not only the particular vehicle – in this case, Bronco – but they also let dealers sell accessories and many small and more significant branded items that can add to the bottom line.

Not only are dealers opting to add dedicated sales sites for Bronco, the brand has also received its first tuner. Customers can have their Broncos gain substantial power from this tune.

This is happening in the Ford Bronco world as 100 dealers opt to build standalone specialty sites dedicated to the Bronco. This information came from Automotive News this week.

100 Dealers Have Asked For This

In a story about the specialty Bronco stores, the 100 dealers indicated that they intend to open the Bronco-only sales sites attached to their existing dealerships.

According to drawings of the sales space shown at Ford's national dealer meeting, the stores feature lots of Bronco brand-related things like outdoor themes, with the sales spaces also featuring lots of earth tones and wood. Of course, there will be plenty of space to display inventory. According to the trade newspaper, the idea came from dealers seeking to build on the renewed SUV's interest.

The new sales spaces will be Bronco-exclusive and will emphasize the Bronco brand. Indeed, that was one of the side stories that came out when the renewed Bronco was unveiled last year. Like another new Ford-linked brand, Mustang, the Bronco is a standalone brand in the Ford universe.

In the 100 exclusive Bronco locations, the theme will be linked to the brand with few, if any, Ford-related logos anywhere. Of course, those dealers opting for the new shops will find their Bronco allocations increased a bit, but that is to be expected as the dealers are taking the chance on the success or failure of the new sales site and the expense that goes with it. 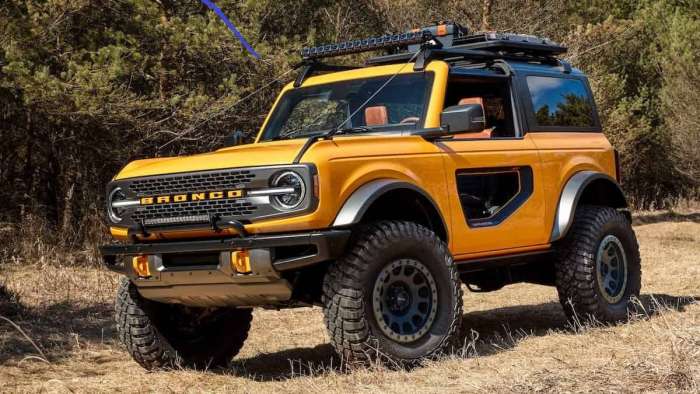 Customers Have An Advantage

Also, customers who shop through these stores will have an advantage when it comes to special orders. And, specialized orders are likely to be the rule, rather than the exception at a Bronco store.

In an interview with Automotive News, Andrew Frick, Ford U.S. sales chief, said there is no Ford mandate that dealers have these stores. Indeed, plans call for three levels: a showroom, an expansion of an already existing space, and finally, a smaller display that can fit within an existing dealership. This gives stores options that fit any dealership's budget, Frick said.

There are a couple of issues that may seem a bit unrelated that may work out to the new sales sites' advantage. First, they may be able to open relatively quickly, even before receiving enough inventory for stock, as the Bronco launch has been pushed back due to the COVID outbreak. The other issue possibly affecting the new brand sites is continuing supply chain problems that are slowing Bronco production.