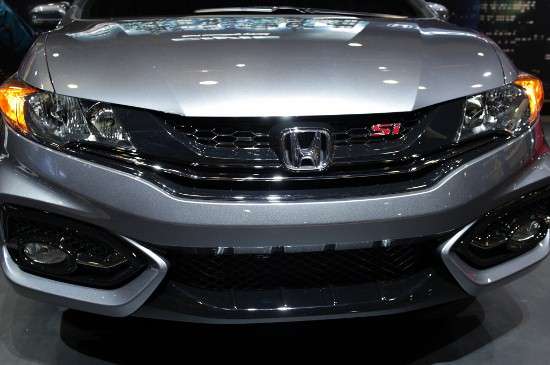 From time to time Torque News - Honda ventures out to the car lot for a look at used, late model Honda inventory. In Western Oregon we find used Civic Si availability to be bordering on non-existent.
Advertisement

Saturday looked like a good day to venture out and torture a used car salesman or two in search of the perfect used Civic Si Coupe or Sedan.

Not being enamored by the the Darth Vader-esque nose treatment of the 2014, we were toying with the idea of picking up a 2013 model and kicking up the performance a bit through aftermarket performance upgrades.

Counting on claiming measurable savings on a slightly used(demo) 2013, we headed out to the greater Eugene, Springfield metro region to cruse a lot or two in the search for what proved to be a very elusive quarry.

Yes, you can locate a Ridgeline, CR-Z and an Insight or two, but that's for a later story.

A quick search of the Web revealed that remaining 2013 inventory was minimal and resided mostly in the Sunbelt. Florida dealers had a few Si Coups in stock, but that was 3200 miles from home. We weren't planning a trip down south anytime soon.

Being resourceful and wishing to kick the coldly received 2012 Si to the curb, we opted to reduce our sights a bit and search for 2006- 2011 Civic Si Coupes and Sedans. They weren't cheap.

While you may be able to negotiate the asking price down a bit, based on these numbers, a 5 year old Si with relatively low miles in “A” condition will re-sell for 65-70% of what a fully loaded 2014 will cost you; about a $1,000 per year depreciation; unheard of in the world of automotive resale.

tonyE wrote on March 25, 2014 - 5:00pm Permalink
Dang... the 13 Si sedan we just bought off lease sitting in the garage as my wife's "weekend car" is worth a mint! With NAVI no less.
Parks McCants wrote on March 25, 2014 - 6:43pm Permalink
Sure enough Tony. You could drive it for 5 years and still come out way ahead on the deal. What did you pay for it, and what region of the country do you live in? Thanks for dropping in.
tonye wrote on March 26, 2014 - 11:04am Permalink
We got a great deal because it was on our lease. And we live in SoCal.
Dan Docherty wrote on March 11, 2016 - 6:08pm Permalink
I have a 2012 that I bought brand new with Navigation body kits lower springs. installed a kraftwerk supercharger and skunk 2 mega power exhaust and headers. my Si was 29k from dealer and I sank another 8k with engine exhaust speaker aftermarket stuff
Parks McCants wrote on March 12, 2016 - 12:49pm Permalink
Welcome Dan. Reads like one heck of a Civic Si. What did the mods do for the overall performance of the Si, did you modify the suspension?