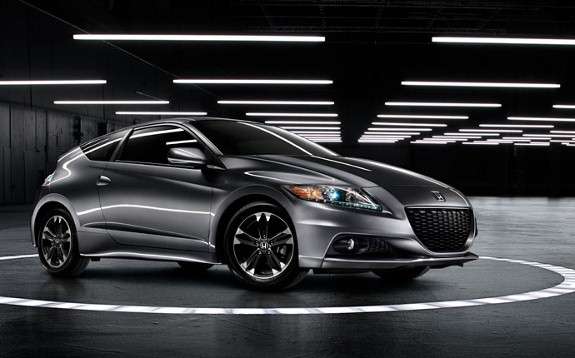 HPD CR-Z Sport: ‘ Without racing there is no Honda’ (Video)

With the release of the 2014 HPD supercharged CR-Z Sport Hybrid, Honda has taken the under-powered 2 place coupe and kicked it up a notch. We believe this is what the CR-Z always needed. The tiny 187 hp lightweight takes us back to the future.
Advertisement

You see them blowing down the roads of anytown U.S.A.. Modified 1980s and early 1990s Honda Civic Si Coupes, Del Sols, a wide variety of hatches with a sprinkling of early Acura Type-R small bodies.

We’ve interviewed tuners that have taken these original, normally aspirated 4 cylinder SOHC and I-VTEC motors to the next level through turbo or supercharging.

Tuners like the early Civic for modification due to their minuscule dimensions; light weight and inherent handling characteristics. We’re not talking fuel economy here. Racing is racing and American Honda Motors hasn’t offered a factory built consumer available street racer in a decade or so.

Honda has taken a commendable swipe at the venue with the introduction of the 2014 Civic Si coupe and sedan. But, the car is heavy and a bit too civilized for the street racing crowd.

While Honda has not released the MSRP for the package, based on the list price of a fully loaded CR-Z EX with Honda satellite link and navigation( $ 23,340) we believe the dealer installed performance package should land below the $30,000 mark.

Dropping in at our local Honda dealer, we couldn't help but notice an overstock of CR-Zs in all trims and color combinations. 2012, 2013 and 2014 CR-Zs can be had at value bin pricing.

In-fact, the automotive press has speculated as to Honda discontinuing the CR-Z. That would be a shame.

With fewer than 5,000 of the 2 passenger hybrid sold in 2013, Honda is looking to revive the line through performance upgrades. We believe the car represents an opportunity as to negotiated purchase price, reliable performance and “tunability.”