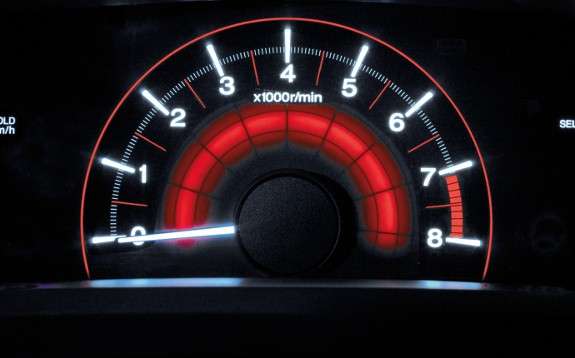 How the Honda 2014 Civic Si stacks up against the competition

The truth is, at this price point and size category there isn't any competition. Read on.
Advertisement

While that bold statement may rub the Scion, Mazda and Subaru loyal a bit raw at first read, the truth is Mazda and Subaru no longer sell a coupe based sport platform in North America.
You won’t find a hatch on the Civic Si.

And, while the Civic Si may be considered a little front end heavy and a tad under-powered for the serious street and club racing crowd, the ninth generation Civic Si offers a quality ‘sport’ driving experience without breaking the bank.

Bottom Line: A fully loaded 2014 Civic Si Coupe carries an MSRP of $24,215. You can check out the specifications here. But in short what you receive for the buck is a 201 hp,171 ft-lb torque 2.4 liter, 16 valve 1-VTEC 4 cylinder, coupled to a close ratio 6 speed manual transmission and limited slip differential; full technology personal communications interface and a very decent suspension and wheel-tire set.

You won’t find an automatic transmission option available for the Si. This is Honda’s answer to the small performance coupe. On driving the sports Civic, we find available power to be more than ample for a car tipping the scales at 2966 lbs. With maximum torque kicking in at mid range (4400 rpm) there’s enough power here to keep one engaged while keeping an eye in the rear view mirror.

Although we found the car to be a bit front end heavy in the s curves, braking, handling and lane tracking was precise and adequate. While readers have reported a throttle response lag in Honda’s electronic “Throttle By Wire,” we didn't experience it and found the information center to be useful in its instantaneous “shift point” indicator. The dash stays busy without being overwhelming.

The Si’s fit and finish scream Honda quality with advanced 5 inch touchscreen I-Mid personal communication interface standard in the Si. While we've read a handful of complaints in Honda owner’s forums as to the front end styling of the 2014 Civic, we found the design to be visually appealing while providing just a pinch of ‘sinister’ implication in its blacked -out grated grill.

We like the race inspired stainless steel pedal array, 6 speed center mounted shift council and dash gauge configuration. While this 6’5” driver found his knees interfacing with the driver’s seating slot ( dash and center council,) the Si was not unusually restrictive of space and provided a reasonably comfortable, yet stiff, driver to road love fest.

Setting the 2 seat CR-Z aside for another day, the Si is Honda’s answer to a reasonably priced performance coupe. Those with expanding families may wish to consider the Civic Si Sedan.
The car works very well for its intended purpose, and fills a quickly vanishing configuration in the automotive world. In looking to Hyundai, Scion and Toyota for comparable Coupes, we found none.

As to fuel economy, the Civic Si is relatively thirsty by Honda standards. With a stated EPA fuel economy rating of 22/31/25, the Si is the fuel Hog in the Honda line-up. But, comes stock with 40% greater horsepower and torque than the standard 1.8 liter 16 valve sohc-VTEC offered throughout the Civic line-up.

Until Honda steps up and offers the Civic Type R to North America, The Si with available HPD body, performance and suspension components will be the answer for the Honda loyal wishing to purchase a new tech-laden performance sedan or coupe; a lot of car for your performance dollar.

Parks McCants wrote on March 10, 2014 - 2:20pm Permalink
You must drive the Civic Si to appreciate the sports dynamics built into Honda's latest generation of the little car that started it all for the maker in North America. With 18,000,000 Civics manufactured and sold in the U.S. and Canada, Civic is as recognizable as Chevrolet and Ford to 3 generations of drivers. While the young tuners prefer the small body 1995 for the ultimate build, others will find the refinement of the hi-tech ' standard' gadgetry and personal communication interface to more than compensate for the added bulk of the late model sport coupe.
Giovanni Franciamore wrote on March 10, 2014 - 4:07pm Permalink
The beginning of this article is wrong the new 2014 honda civic si will have 205 hp and 177 ft-lb torque pls make sure you have all the facts right before you write an article it's a little misleading.
Parks McCants wrote on March 10, 2014 - 9:08pm Permalink
Thanks for the heads up Gio. Take the discrepancy up with Honda. The current published 2014 spec sheet does not jive with the stated "car show" specification release.
John Goreham wrote on March 10, 2014 - 8:56pm Permalink
My 1992 Honda Civic SI had 125 hp, no stereo (it had a single DIN hole in the dash into which I inserted a Blaupunkt) no AC, no power windows, the sunroof was broken from the day I drove it off the lot new, and I F'n LOVED that car. I owned it between a Supra and an Integra. Yes, lucky indeed.
Parks McCants wrote on March 10, 2014 - 9:04pm Permalink
Welcome John. Ran into a 19 year old tuner that with the help of his Dad, built a small bodied turbo charged Si. He has the car kicked up to 300 hp and the suspension, sticky tire combination to handle the added hp and torque. Fun car. As you know, the earlier generation Civic's weighed in at just a bit over 2,000 lbs. Big difference.
JeffS wrote on September 13, 2014 - 8:59am Permalink
Article is spot on. There is no other car on the face of the planet that gives you more bang for the buck. The smile per dollar spent is off the charts. Remember, this is in essence an economy car that thinks it's a sports car and does an excellent job of it. I own a 2014 SI coupe and walked out the door for a TOTAL including prep, dest., tax, for well under 25,000.00, (no nav), a screaming bargain for what you get. A refined ride, zippy performance, (not the fastest or most powerful, but definitely has some scoot), comfortable interior, (for front passengers anyway), excellent handling that doesn't beat you up, and uniquely Honda handsome design. Granted there is only manual seat adjustment, a basic climate control, a decent sound system, (but not a concert hall), quite a bit of, "Hard plastics" that make up the interior, (but with a nice texture). That being said, it's obvious that those cost cutting efforts were reinvested in the driving dynamics, suspension, transmission and engine, those things which are truly important to the driving experience and which is just plain fun, boosted by the best manual transmission and clutch set up on the planet and an exhaust note that is spot on. Are you going to win many drag races with other sporting and sports cars, no probably not, (but with minimal investment for some aftermarket parts, you'll play with the big boys if that's what you want), you'll be smiling ear to ear none the less, it's just that much fun to flog.