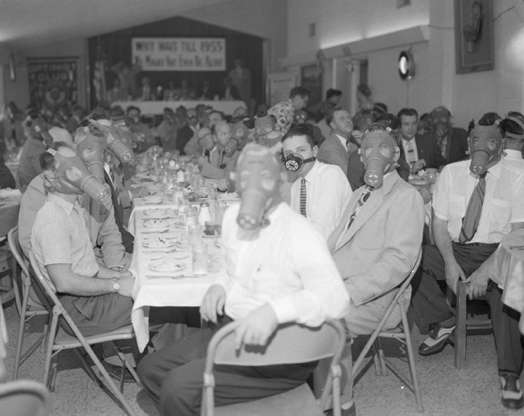 Growing up in the smog ladened suburbs of Los Angeles had its drawbacks in the 1960s and 70s. Honda’s award winning short film “Never Ending Race” recaptures the misery of a pre-catalytic world.
Advertisement

You wouldn't know it today looking toward the beaches of Santa Monica from the foothills of Pasadena. On most days you can see the ocean to the west or the Altadena foothills to the east; not so, back in the day.

By the late 1950’s Los Angeles had morphed into the largest city on the west coast of North America. With unprecedented population growth and subsequent freeway development came an exponential expansion of personal transportation in the form of the gasoline powered automobile.

In the early 1970s, on most summer days, it was unsafe to work or play outside.

Back in the 50s one could buy a new car for $1,200 or less. The people of L.A. would buy autos as fast as American Motors, Ford, Chrysler and GM could produce them. Gasoline was twenty four cents a gallon and L.A. fell in love with the car.

Most cars on the road of that era were behemoth gas guzzlers. While there were a few exceptions, many four wheelers weighed in at 2.5 tons and averaged 10 to 12 miles per gallon.

In 1958 Los Angeles had the worst smog conditions on the planet. Less than two decades later 1970s Los Angeles County was experiencing multiple “sig alerts”daily. Citizens were encouraged to stay home from work as schools shut down, sometimes for days on end. Man’s prized preferred mode of personal transportation was slowly killing him through turning- a-blinded-eye- ignorance.

Driving down the 405 Freeway in early morning traffic, one would listen to the radio in search of a breathable workday. The air was filthy but Californians were not willing to slow down long enough to address the real problem at hand. “Too much, too soon and too cheap.” For $150.00 one could buy a barely running used car, fill the tank with cheap gasoline, ignore the embarrassing tailpipe smoke and drive. No big deal, there was no Environmental Protection Agency.

While much of the world was in denial as to the pollutants expelled into the atmosphere by the automobile, the State of California stepped up to the task of mandating air quality regulations. With North American operations headquartered in Los Angeles, Honda was effectively positioned at ground zero for a coming shift in the auto industry.

Although the word “Smog” was first penned by Frenchman Dr. Henry Antoine Des Voeux in 1905, Los Angeles, Ca. would soon become the epicenter for problem solvers wishing to reduce auto emitted hydrocarbons. The State of California was first to establish clean air regulations in 1962.

As a kid growing up on the beach south of Los Angeles, one could visually see smog clouds drifting north to south over the Pacific Ocean. To the east of Seal Beach, the San Gabriel foothills and San Jacinto mountains on most days would be buried in an eye stinging, lung scorching cloud of smut.

Gasoline contained lead for engine piston ring lubrication. The majority of cars had little to no emissions “smog control.” Back in those days, if one stood behind a car with the engine running, you could taste the gasoline on your tongue. In the morning walking out to one’s car, you would find a fine layer of soot. Some from the diesel fueled power plants, most from the hundreds of thousands of cars on daily commute in Southern California.

Honda takes the PCV valve to the next level with CVCC technology.

Prior to General Motor’s insistence that the North American fuel refiners remove lead from gasoline and the advent of the Catalytic Converter, Crankcase Ventilation Valves and retarded timing(detuning) was the preferred method of reducing hydrocarbon exhaust emissions. While the CVC did recirculate unburned bases from the crankcase to the intake manifold, resulting in a cleaner burn, detuning the engine resulted in lower fuel economy.

Early Catalytic inverters were expensive and non compatible with the low-lead and no-lead fuels of the day. An engine that would meet or exceed CARB regulations of the 1060s without the use of Catalytics would launch Honda on the road of automotive manufacturing profitability.

Honda was at the forefront of this movement and invented the first mass produced low emissions non catalytic I.C.E. in the form of the 4 cylinder CVCC engine. An acronym for ‘compound vortex controlled combustion’, CVCC engine development at the lead of Honda’s founder Soichiro Honda would take I.C.E. emissions particulate control to the next level.

Davis Smart House, 2014 Accord Hybrid, Civic Natural Gas and the not too distant future FCEV will pave the road to low to no carbon footprint personal transportation while underlining Honda’s mantra of “ Blue Skies for our Children” while running the “Never Ending Race.”