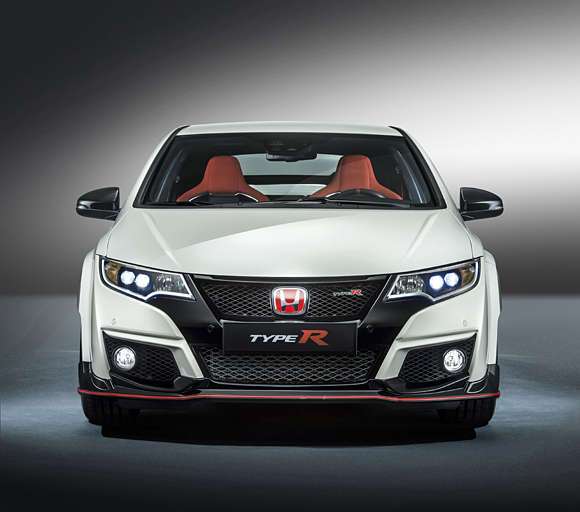 With all the hype circulating the Internet as to a pending North American version 2016 Civic Type R, could Honda’s record setting front FWD be closer to reality than simply a wish and a dream? Torque News-Honda thinks so.
Advertisement

News is an often fickle unsubstantiated blurb manifested by a handful of journalist looking for the next big read. I know, I’m one of them. We (most of us) do what we can to substantiate the”facts” behind a pending story. Case in point: Honda aficionados know that Type-R has always been Japan and Europe market specific. None the less, hard-core Honda street fighters call for the import of a Japanese or European specification Civic Type-R to North American shores. It may arrive(or something like it) in the near term.

Torque News has been watching this story unfold for the better part of two years. As the British and Spanish automotive press shamelessly speculates as to a near-future introduction of a Type-R, or, at the least, a turbocharged Earthdreams ™ engine option for the next generation iteration of the Civic, the U.S. automotive press has received little more than a wink and a nod from those in the know.

It all reads like fun to us. And according to our “close to Honda sources,” we should be paying close attention to the New York International Auto Show. Honda will make an important announcement there. While that could mean just about anything in the ever-changing development world of American Honda Motors, we, like other Honda, Acura fans, look for something a bit hotter than the current Civic Si coming out of the halls of Honda in the short-term.

Honda, as announced in Detroit, has committed to the North America manufacturing of a line of EarthDreams ™ turbocharged engines. We, as other enthusiasts anticipate the near-term installation of turbocharged technology in Honda’s Civic and CR-Z, as well as a soon to be announced Honda HR-V-Acura-sport-variant. While the engine is but one component of a Type-R reality, it’s a start!

When we view the side profile of this vehicle, we find shades of Civic Type R in it’s stealth rear door handle and rear hatch cowling. Are U.S. and Canadian Honda enthusiast prepared to pop a check for $40,000 + for a North American specification Type-R? That remains to be seen.

In the mean time, take a moment to view the European-Spec Type-R break the German, Nurburgring track time record for a front wheel drive vehicle..

Patrick wrote on March 9, 2015 - 2:07pm Permalink
With all the hype circulating the Internet as to a pending North American version 2016 Civic Type R, could Honda’s record setting AWD be closer to reality than simply a wish and a dream? Torque News-Honda thinks so. The Civic Type R recently introduced in Geneva does not have AWD.
Parks McCants wrote on March 9, 2015 - 2:38pm Permalink
Thanks Patrick et-all. Right you are! The record breaking Euro-Spec Civic Type-R is a turbocharged front wheel drive vehicle. And of-course we know that. So much for acronyms. As to the Type R: Do you believe that there is a viable market in the U.S. and Canada for a Honda performance with a MSRP exceeding $40,000?
Eddie wrote on March 11, 2015 - 10:00pm Permalink
Correct if I am wrong but $40,000 In Europe is not the same as $40,000 in the US. My car costs £30,000 in Europe which translates to ~$43,000 but in the US it costs $35,000. Doesn't this mean the Type R, if sold in the US, would be ~$32k? Btw, my car is a 2015 STI. I also own a US spec Mugen (2008) and I would trade both of my cars for a Type R :-)
Akbert wrote on September 22, 2015 - 12:20am Permalink
You are correct. The thing is, manufacturers prices cars differently depending on the country. They pretty much calculate what will bring them the most money and price things differently. In Europe, people are willing to gobble up cars at more of a premium than U.S., so they price it higher in Europe. On the flip side, Europe has a ton more options auto choices than the U.S.
Parks McCants wrote on September 23, 2015 - 12:30am Permalink
Thank you Albert for participating. At this point in time, as to estimating the price of the Type-R in the U.S..? Total conjecture. Take care.