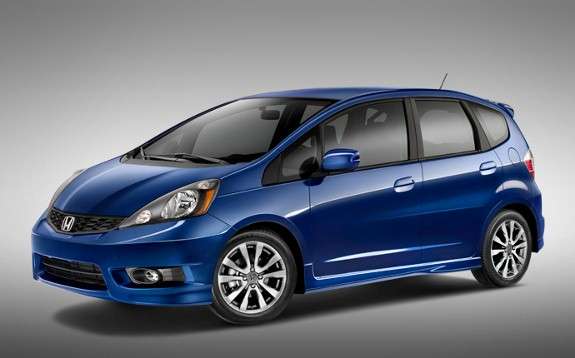 We took a very close look at these contenders to determine that Honda Fit is the superior new car value when compared to the Nissan Versa-Note. Identical in size and utility, it comes down to a cheapened price-point interior and performance, versus dollars well spent.
Advertisement

The 2012 Versa Note was voted “best back to school car” by Kelley Blue Book. No doubt about it, the Versa- Note in its S variant is the least expensive 4 to 5 passenger hatchback on the market today.

We decided to take a closer look at the cosmetic as well as mechanical differences between these two entry level contenders. For a first time car buyer looking for affordability, fuel economy and general reliability, either car will do the job. So, for us, looking at the overall picture makes sense before signing on the bottom line. A few dollars saved on a vehicle at the time of purchase can cost you hundreds if not thousands of dollars at trade- in or resale time.

According to K.B.B., the Honda Civic and Accord have the highest resale value of any light vehicle in North America. Undoubtedly the Honda Fit will hold a higher residual value after 36 months over that of the Nissan Versa-Note.

Looking at the cars, we find them to be hauntingly similar in concept and body design. In fact, the wheelbase, height and length of the car varies by a fraction of an inch. The interior headroom height is a ½ higher in the Versa with rear leg and cargo space differences, negligible. That’s where the similarity ends…

Nissan has produced an affordable entry level product by sacrificing engine performance, handling and ride. While the hatchback’s exterior fit and finish is very acceptable, the interior design features an excessive amount of mold injected plastic and hard surfaces.

In fact, when you shut the driver or passenger front door, the door handle and panel flexes. This does not lend itself well to a buyer’s sense of “solid” quality.

While the interior design is flexible as to utility, it lacks character as to fabric and soft finish design touches. The dash design is signature Nissan. The SV model we drove featured the “ tech package” with a small 5.5 “ touch screen Google navigation, and personal communication Bluetooth interface. The price as tested of the fully loaded Versa- Note SV was $19,250.. A 2014 Fit Sport with navigation will set you back $19,900.

We like the Nissan “around view”( all side backup monitor,) with 360 degree overhead view. But, it didn't make up for the lackluster performance of the Note’s 109 horsepower 1.6 Liter dohc variable timed, duel injected 4 cylinder engine. Although the relatively low revving engine worked well with Nissan’s steel belt driven CVT transmission, compared to the Fit’s 117 hp. 1.5 liter 1-VTEC 4 cylinder, the Nissan engine left us wanting more power and less noise.

We found the electric steering to be lagging response, and the 10” brakes to be minimally fade resistant. For those interested in reading the Note’s specifications, you can do so here.

Where the Fit truly shines is in the engine compartment and interior accouterments...

The interior of the Fit Sport as comparably priced to an optional feature loaded Versa-Note is superior as to aesthetics, ergonomic placement and standard creature comforts. While neither car reaches the ergonomic level of a 2014 Accord Hybrid, they’re not intended to. For those wishing to read the specification for the Fit, you can find them here.

As reported earlier by Torque News, the next generation 2015 Fit scheduled for release in mid 2014, will come to North America with an “ Earth Dreams” inspired 130 hp. CVT propulsion package approaching a combined driving mpg of 37, still falling short of the under-powered but reliable Nissan Versa-Note’s stated 40 mpg highway.

In closing, you get what you pay for. While both makes offer great value for the dollar spent, we believe that the Honda will hold up better for the long term while providing a more pleasurable driving, ownership experience. By the time we factor in initial purchase price, overall quality of product, standard features and performance, the Honda Fit wins this very close small hatchback sector comparison.