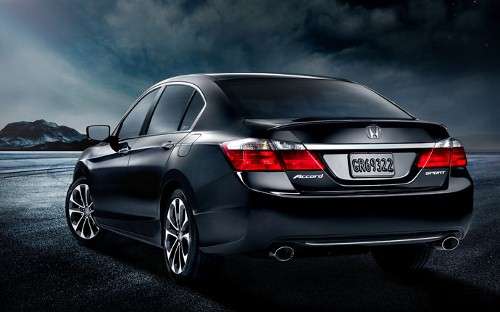 Fewer than 1% off all cars on the road in North America today are true"Flex Fuel" vehicles.Your 2014 Honda Accord or Civic is not one of them. Automobile Club of America tells us not to burn E15 (ethanol 15%) fuels in any vehicle manufactured prior to 2012. Torque News takes a closer look at the warning.
Advertisement

Filling your Honda car or motorcycle with E 15 ethanol blend gasoline will void the vehicle's factory warranty; while eventually damaging your engine and exhaust system. Do not put E15 or higher ethanol blended fuel in your 2014 Accord, Civic or CR-V. In-fact, read your vehicle’s manufacturer warranty limitations and specifications as to compatible fuel, motor oil transmission fluid and lubricants..

We could leave the story at that, but…

Unless you drive a Honda manufactured for the South American Brazilian market, your new or used Honda was not manufactured to burn fuel with a greater than10% blend of ethanol and gasoline. While 75% of the gasoline sold in North America does contain a small percentage of corn distilled ethanol, alternative fuel distributors specializing in Bio-Diesel and E 85 ( 85% corn distilled alcohol) are springing up across North America.

We have an alternative fuels station in Eugene, Or.. And yes, one day I did put 5 gallons of E 85 in my 1999 Volvo 80 S Turbo; without warning from the attendant. The car wasn't happy, and. it took me no less than 2 days to “mix” the blend out of the tank with premium grade unleaded gasoline. I damaged a primary fuel sensor and the left side catalytic.

Not paying attention at the pump can cost you thousands of dollars in engine, catalytic and exhaust system damage. Your present Honda doesn't have the anti-corrosive, high compression engine and low flash point spark-plug required to burn ethanol based fuels.

We do like ethanol spiked gasoline for its higher octane rating. Adding as little as 10% to gasoline will increase performance enabling octane by 2 to 3 points. And that’s fine. But taking the mix beyond 10% will ultimately kill your engine.

Researching Honda of Brazil we find that the Accord, City,Civic, CRV, Fit and Fit Twist (Vezel) to be“Flex Fuel” compatible. These cars are manufactured in Brazil specifically for the Brazilian market; the largest in South America.

The reasoning is one of legislative compliance and survival on behalf of the manufacturer. In response to the worldwide oil embargo and resulting crisis of 1973, the Brazilian government mandated the use of ethanol blends with gasoline. Decades later the first true “Flex Fuel” compatible vehicle would be introduced to the Brazilian market by Volkswagen do Brasil in 2003.

The 1.6 liter “Total Flex” will run on any % blend of gasoline and sugar cane distilled ethanol. Today over 20 million cars, trucks and 4 million motorcycles registered in Brazil run on various blends of ethanol, gasoline blended Fuel.

The United States and Canada has witnessed an unprecedented increase in the acreage price for prime farmland over the last decade. The price increase is largely due to the” world-wide” increase in demand for distilled fuels; as bushel prices rise with the demand for bio- based fuels.

Ford Truck, G.M. and others have stepped up the manufacturing of flex fuel engines. Most of the Ford F150 pickups rolling on the road today sport a flex-fuel emblem on the tailgate. This works well in the Midwest and corn-belt regions of the U.S. and Canada where ethanol production is subsidized by the Federal government, resulting in lower retail pump prices. You won’t find this to be the case on the East and West coast. Sugarcane distilled ethanol is more plentiful, highly renewable, hence cheaper to produce than corn-based ethanol fuel.

However, we’re not in Brazil, and sugarcane does not grow in Indiana or Kansas. The future of bio-fuel in North America will be tied to the development of algae based and grass bio sources.

As consumer demand increases for the development of alternative Eco-friendly automotive fuel, Corn is not proving to be a cost effective ingredient in the distillation of ethanol .

World ethanol fuel production reached 23 billion U.S. gallons in 2011. Our research indicates that Honda’s “ Earth Dreams” technology could incorporate a small bio-fuel co-generating motor. And it may in the future, But our guess is that Honda will be at the forefront in the development of a grid- interfaced fuel-cell EV high tech self driving people mover. The flexibility of the “Earth Dreams” system is unlimited as to the combination of an alternative fuel “battery charger” as demonstrated in the 2014 Accord Touring.

Parks McCants wrote on January 18, 2014 - 7:50pm Permalink
Two years ago I convinced myself that my older Volvo 80S Turbo could burn a high grade ethanol gasoline blend. Not... At first the octane boost was over-the top. Then, trouble...Lost a fuel sensor and picked up an exhaust bump on the passenger side. Check your owner's manual for fuel compatibility.
Marc J Rauch wrote on June 15, 2019 - 8:19pm Permalink
You didn't lose a sensor, you were hoodwinked by your mechanic who didn't understand that you were using higher ethanol-gasoline blend levels.
Tobi wrote on May 29, 2014 - 8:30am Permalink
My 2004 Accord burns 40 to 50 % ethanol fuel since thousands of miles. No modifications an no problems.
Parks McCants wrote on May 29, 2014 - 6:48pm Permalink
Good day Tobi. The warning came from Honda. But it's specific to the 85% blend. Good to know that you can burn half and half. I like the power boost.
litesong wrote on August 5, 2014 - 3:57pm Permalink
From the article:Adding as little as 10% to gasoline will increase performance enabling octane by 2 to 3 points////////////////The problem with that thinking is that 90% of the mix is 84 octane gasoline to blend with the 10%, 114 octane ethanol to make 87 octane. The 84 octane gasoline molecules will knock. Using pure E0 of 87 octane gasoline molecules, knocking will be reduced.
Parks McCants wrote on August 5, 2014 - 4:58pm Permalink
Thanks Litesong. I'm simply reflecting on my racing experience. I appreciate your scientific based enlightenment.