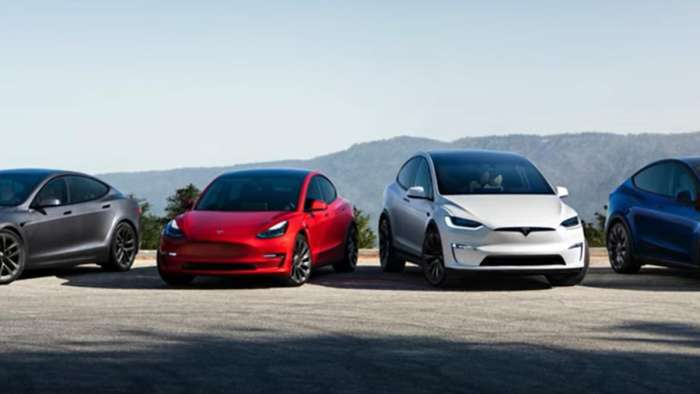 Tesla With Significant Price Increases Due To Inflation

Tesla just increased the price of ALL their vehicles from a few thousand dollars to over ten thousand dollars. These are major increases and could shock the market.
Advertisement

Tesla With Large Prices Increases For All Vehicles

Inflation and supply chain issues have caused concern according to Elon Musk and a Tweet he sent sharing pressures Tesla was facing due to inflation. The end result of this is one of the biggest price increases in Tesla's history. Let's see what the changes are:

With these prices going up so high, are we going to see wait times to get a Tesla vehicle decrease? I visited Tesla's website to take a look at all their vehicles and the only vehicles that have any inkling of a short wait time is the Tesla Model 3 RWD (standard range), but even it is still out to August of 2022.

I have a Tesla Model 3 RWD (standard range) on order and the date of delivery got moved up to the end of March, 2022, from July, 2022, shortly after these price increases were announced. Does that mean I jumped the line because many people canceled their orders? I'm not sure - we'll see if the new date holds.

There has been a few thousand dollar price increase over the last couple weeks for the Tesla Model 3 and Tesla Model Y, which are Tesla's most purchased vehicles.

This tells me that Tesla continues to find a way to take advantage of economies of scale and drive the cost to produce their cars down, even with inflationary pressures and higher material costs. Tesla is an incredibly efficient company.

I wonder if this price pressure will continue for Tesla's vehicles and I think it will continue to happen throughout the year. Tesla still has incredible demand for their vehicles. I think Tesla could have staggered their price increases to get more feedback from customers and cancelled orders/less orders.

Tesla is going to have reduced costs when Giga Berlin and Giga Texas open up, especially with Giga Berlin coming online and no longer having to use Giga Shanghai as a primary export hub - once Giga Berlin has reached volume production.

Tesla will lower prices once these supply chain issues and inflationary pressures end. I think this will happen when batteries and raw materials are so readily available that anyone can get them easily. This will drive costs down - but I don't see this happening for a few more years.

Will Tesla continue to raise prices this year due to supply chain issues and inflation? Will there ever be a point Tesla lowers prices?