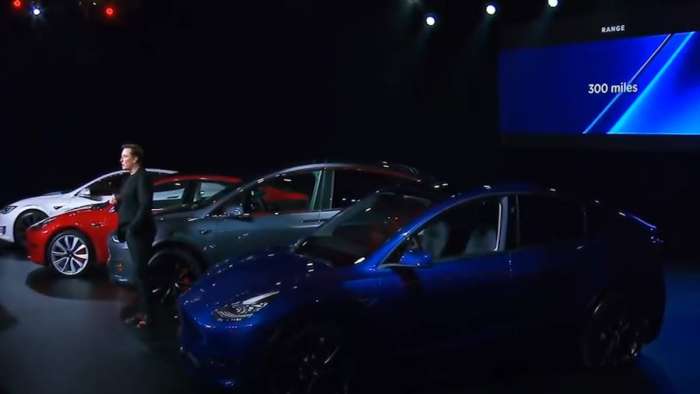 How Much More Expensive Will Tesla Vehicles Get?

Tesla could raise their prices to as much as $100,000 for a Model Y vehicle. What would cause the price to get this high? We'll answer that now.
Advertisement

How Much More Expensive Will Tesla Vehicles Get?

Tesla may continue to increase the prices of its vehicles - with breakthroughs in technology and better and better vehicles, it makes sense. Value will come from hardware and software (FSD).

The only way for Tesla to sell 20 million or more vehicles a year, will be to lower the prices of their cars eventually. There's not enough people to buy 100 million vehicles at $45,000 or more.

What Would Raise the Tesla Prices High?

FSD adding $30,000 to the sale of a vehicle is a 30% increase in price. This is for a car that can drive itself and a lot of people see incredible value in that. It replaces the labor of having to manually drive a car!

Anyone who drives 10 hours a week and values their time at $50 an hour may justify $500 a week to them or $25,000 a year. The car will pay itself off in 4 years and then they are still left off with this incredible self-driving machine.

For most people, they would work at $15 an hour or $6,000 a year and still be able to justify buying FSD for a Tesla. You can also consider all the cost savings of a Tesla as well, compared to an ICE vehicle.

Will Tesla continue to raise their prices then? Well, it will be because of all the other features - performance, range, FSD, service, etc... You might also start to see 7 to 10 year loans on Tesla vehicles to make the monthly payment more affordable.

Could Tesla sell 20 million Tesla's at $100,000 each? What would the solution to this be? At the point the car is that expensive, then there is the capability for a self-driving robotaxi. This means anyone who buys a Tesla, has a business on wheels, which will help pay for the Tesla you bought. Tesla may even give you the car with no deposit now. Payments may not be cheap, but the income from a robotaxi will offset most of that.

You could also put this car in the robotaxi fleet if you wanted to. Would that be hard for someone? To let their car be used by others? Most people will have had to wait a long time for their Tesla. I think most people can have a Tesla if they are willing to work for it. And my conclusion is that prices are going to continue to go up - especially as FSD gets solved.