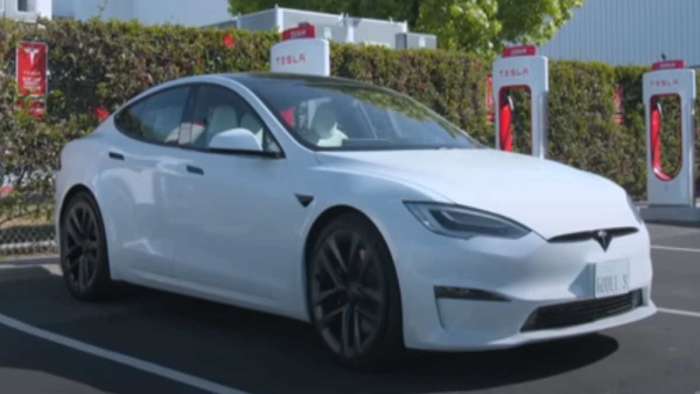 An owner of a 2021 Tesla Model Y shares his experience after one year and compares it to his 2020 Tesla Model Y. Here is the good and some of the bad.
Advertisement

The value of the Model Y is a no-brainer at the $51,990 that Bearded Tesla Guy got it for. That car was just at the beginning of production and had some issues. The current Model Y that is more expensive has had time for refinement and the fixing of issues.

The One Year Experience

The biggest benefit of owning a Tesla (and most electric cars) is that the cost of ownership is lower. The sticker price will be more expensive upfront than a comparable gas car. There is no gas to fill, oil to change, transmission to manage, and engine management. This owner rotates his own tires in his garage.

Tesla's have a regenerative braking system. There will likely be no maintenance for the brakes. The warranty will cover the car battery for longer than the owner will have the Model Y. When you go to sell the car after you are done with it, the car is worth more than you bought it for, even on the used market.

This owner saves hundreds of dollars a month by charging their Tesla. In some months, his gas savings was 500 to 600 dollars - this was due to road trips, but even if it was average driving, it would still be about $9 to charge, which is much cheaper than gas.

The new Model Y from 2021 was a 7 seater and they upgraded due to having another member of the family in the car. There are small compartments that you can put things under the seats and the back/trunk is the same. This is a 7 passenger for children in the far back, not adults.

There is a lot of cargo space in the Model Y. There are quality improvements to the 2021 Model Y where issues have been perfected. This owner has had no issues with the 2021 Model Y. He had to switch out the tires rather quickly with the lack of traction on the tires, swapped at 16,500 miles. The Model Y has a higher seat, making it easier to get into than the Model 3.

There were some bad things about the car. They were:

* When Tesla rolled out its vision only system, it wasn't quite ready and there was phantom braking. This owner dealt with that.
* Forward collision warnings were numerous. This affects your score for Tesla insurance.
* Tesla FSD still isn't quite ready

All in all, this owner has had an amazing experience. What do you think about the Tesla Model Y? Would you get one?

Tesla Contemplates A New Strategy for China Retail even As Sales Boom
Jay Leno on Elon Musk & EVs: “I Think He Should Get ... Credit"
END_OF_DOCUMENT_TOKEN_TO_BE_REPLACED