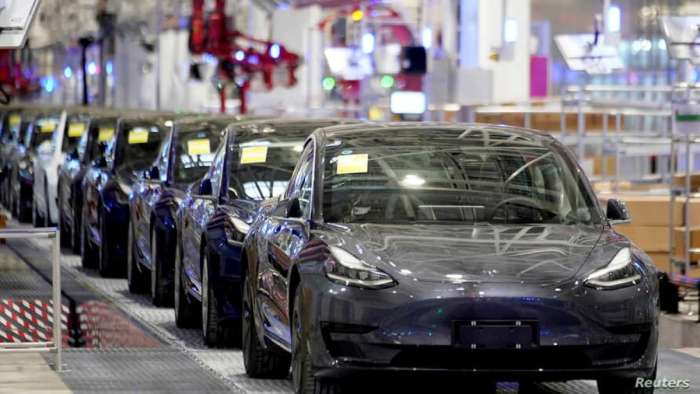 Tesla Sets Another Production Record In China Despite Numerous Challenges

Tesla China sets yet another production record in China despite the numerous challenges the EV maker has faced in the world's largest vehicle market.
Advertisement

The FUD attacks have even gone so far as to claim Tesla vehicles in China have been banned from certain highways due to brake issues.

The attacks have even forced Tesla to issue a “deep apology” to the Chinese government and Chinese consumers.

A few days ago, Tesla also had to recall 285,000 Model 3 and Y vehicles in the world’s largest auto market to decrease the likelihood of drivers unintentionally activating the vehicles autopilot system.

Although given Tesla’s high-tech nature, the recall only requires owners to upgrade the software in their vehicles remotely and do not quire them to bring their cars to a service center.

However, despite the sustained pressure Tesla is facing in China, the company continues to set record delivery numbers.

According to the data that came out via China Passenger Car Association today, Tesla produced 36,861 vehicles just in the month of May.

Related news: Tesla's Lineup Could Eventually Include A Coupe

If Tesla can sustain this production ran rate in China for a whole year, it will mean production at Giga Shanghai might overtake Tesla’s Fremont California plant in just two and a half years after the start of construction.

Tesla’s May delivery number in China will also likely put a stop to the narrative which began when in April China delivery fell by 26% as compared to March.

When the April numbers came out individuals who gain to profit from Tesla’s decline claimed the slew of negative press has permanently damaged Tesla’s brand in China, however, as we can see from the May numbers Tesla still remains overwhelmingly popular in the world’s largest EV market.

So what do you think? Does Tesla setting a new production record in China mean the EV maker is largely unaffected by the FUD attacks? Or do you think this is a temporary fluke and Tesla’s popularity in China will progressively wane? Let me know your thoughts down in the comments below.