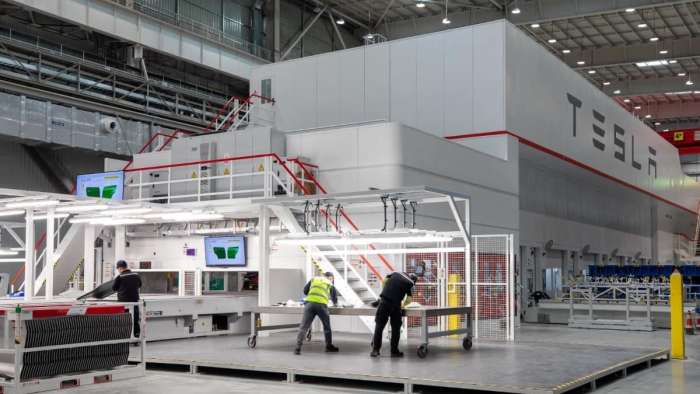 Tesla's sales numbers for the month of September have been released by China Passenger Car Association. Once again the EV maker has posted a record delivery number.
Advertisement

Tesla is in the process of massively expanding the company’s production capacity. According to the EV maker’s Battery Day presentation, Tesla plans to produce 20 million vehicles a year by 2030.

And now China delivery numbers for September have come out and they show the parabolic trajectory the EV maker is on. According to the data which came out via China Passenger Car Association, Tesla sold 56,006 vehicles just in the month of September.

The deliveries consisted of 52,153 vehicles sold in the domestic market and 3,853 vehicles exported to various countries in Europe and Asia.

And when broken down by vehicle type the deliveries consisted of 19,150 Model 3s and 33,003 Model Ys. This gives Tesla’s Shanghai Gigafactory a ran rate of 670,000 vehicles a year. The September numbers are also a huge increase from that of August and July when Tesla delivered 44,264 and 24,347 vehicles respectively.

According to Elon Musk, he expects the Model Y to sell more than the Model 3, S, and X combined. This makes sense given the Model Y is in the crossover segment which is by far the largest automotive segment in the world.

A new render of Tesla Giga Berlin with graffiti art was recently posted on the company’s website. It gave a better picture of Giga Berlin Phase 1 once it is finished. https://t.co/fZEgllTq9n
-#Tesla #GigaBerlin pic.twitter.com/c9yL56bRED

For the quarter ending September 30, Tesla announced the company has delivered a record 241,000 vehicles. For the blowout quarter, Elon thanked all Tesla employees however Musk also gave out a special shoutout for the Tesla China team.

We will keep you posted as Tesla grows production throughout the world. Make sure to visit our site torquenews.com/Tesla regularly for the latest updates.

So what do you think? Can Tesla maintain this production growth number for the next several years? Also, do you think the company will run into demand problems? Let me know your thoughts down in the comments below.