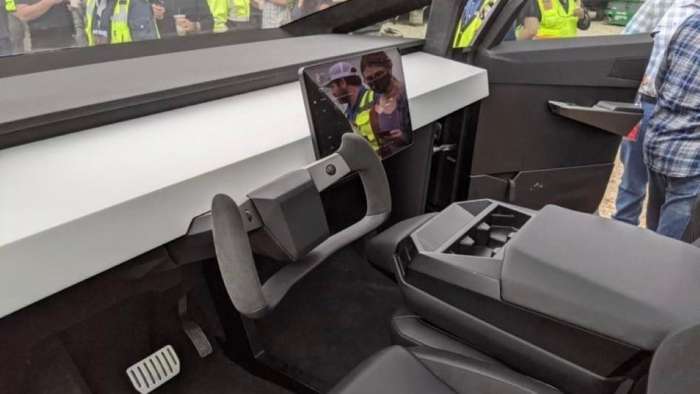 At Tesla's recent shareholders' meeting, Elon Musk said Tesla will not begin Cybertruck volume production until 2023. Musk also went into quite a bit of detail explaining this decision.
Advertisement

Tesla introduced the Cybertruck to much fanfare back in November 2019. At the time, Tesla said the vehicle will begin deliveries by the end of 2021.

However, back in early August, Tesla updated the company’s online configurator stating Cybertruck delivery will not begin until 2022.

That is despite leaked rumors suggesting that Tesla has decided to prioritize Cybertruck production ahead of the Model Y at Giga Texas.

At the AI Day event, Musk asked whether Tesla is planning to introduce a new self-driving chip to Tesla vehicles, he answered saying "obviously, there will be a future hardware 4 or full self-driving computer 2 which we'll probably introduce with the Cybertruck, so maybe in about a year or so"

And a recent citing of what appears to be a redesigned Cybertruck with no door handles driving around gave people hope the vehicle could come a bit earlier.

However, unfortunately, that dream has been dashed. Late last night, Tesla held the company’s annual shareholder meeting, and of the many issues discussed at the shareholders' gathering was the Cybertrucks production timeline.

Musk went into quite a bit of detail when answering a question from retail investors regarding the Cybertruck’s production and ramp. Musk began by discussing the overall parts supply issue saying “this year has just been a constant struggle with parts supply. So just to be clear, if we had five extra products we would not change our vehicle output at all. Because we are basically limited by multiple supply chain shortages like so many types, not just chips.”

Continuing Musk added “there were lots of supply chain shortages, so it really wouldn't matter if we had the semi or have a truck or anything, we would not be able to make it. We got to have enough chips and cells otherwise it's pointless. So I think most likely what we'll see is Cybertruck stock production will begin by the end of next year and then reach volume production in 2023.”

With this comment, Elon has finally confirmed Cybertruck production has been delayed until the end of 2022, and that the truck won’t begin production in any significant quantity until 2023.

Related news: CyberTruck Is Now The Cheapest Tesla That Customers Could Order Today

At the shareholders’ meeting, Musk went into detail about the types of supply shortages the company is facing. First, there is the much-talked-about chip shortage that is plaguing the entire automotive industry.

However, Musk says that is just the tip of the iceberg. According to Elon, Tesla is also facing a severe battery cell shortage. At the shareholders’ meeting, Musk discussed how Tesla plans to address the current issue by reiterating Tesla’s cell manufacturing roadmap laid out at the company’s Battery Day event.

We will keep you posted as Tesla releases more information regarding the Cybertruck, make sure to visit our site torquenews.com/Tesla regularly for the latest updates.

So what do you think? Are you bummed that we most likely won’t see the Cybertruck on the streets until 2023? Would the delay sway you to get other electric trucks? Let me know your thoughts down in the comments below.