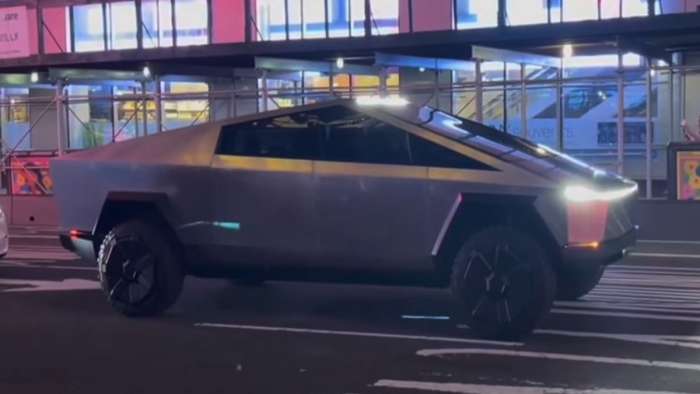 Tesla CyberTruck is Delayed and That is No Problem for Tesla

We have reports that Tesla will not be delivering any CyberTruck vehicles this year and we think this is not a problem for Tesla at all. In fact, besides the Model Y, Tesla has always had a delay with their vehicles. Here's why Tesla will still dominate despite the delay.
Advertisement

Over the weekend, we saw a delay in the Tesla CyberTruck with Tesla's website showing that deliveries will begin in 2022. The following Tweet from Sawyer Merritt confirmed it:

BREAKING: Tesla has officially delayed the Cybertruck to 2022.

"You will be able to complete your configuration as production nears in 2022." pic.twitter.com/VreJ0TwyqS

We first saw the Tesla CyberTruck in 2019 with Elon Musk unveiling it. Tesla has often seen a delay in its vehicles with the CyberTruck being no different. It's a brand new vehicle with a very futuristic design and in order to release it at the quality level Tesla wants, I believe they are delaying it to focus on their highly in-demand Model 3 and Model Y vehicles.

Tesla Will be Fine

Tesla will be just fine with the CyberTruck delay. There is well over a million reservations. Yes, some of them are for people ordering multiple trucks in order to try and do robotaxis, but I believe many of these reservations will still come to fruition.

You can check the status of your CyberTruck reservation and when you might get it using a crowd sourced Google Sheets spreadsheet.

I'm expected to get my CyberTruck around February, 2024, and I ordered it February, 2021. That's a 3 year wait and I expect it could be longer.

The wait times for the Tesla Model 3 and Tesla Model Y keep growing which is signaling huge demand for Tesla vehicles. Tesla's biggest challenge will be keeping up with orders, increasing production, and battling supply chain issues like the chip shortage.

What do you think about the CyberTruck delay? Do you have one on order? Will Tesla start producing them in the first half of next year?

DeanMcManis wrote on August 10, 2021 - 2:18am Permalink
Elon Musk had already said before that the Cybertruck's production would be in 2022, but most people were hoping for an early release like the Model Y. It makes sense that Tesla would give themselves a time buffer in case something unforeseen causes delays (like ramping 4680 mass production).