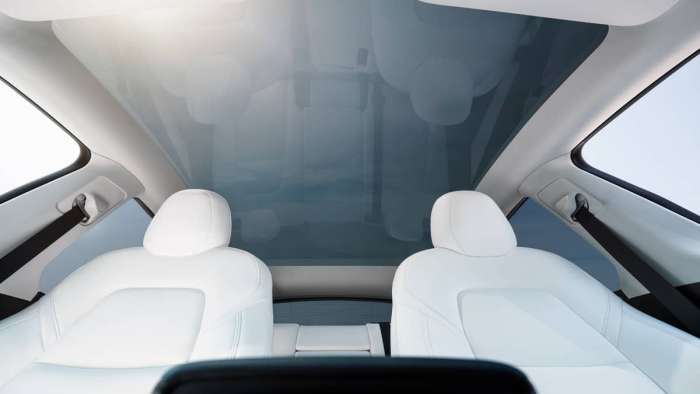 The Tesla Model Y came onto the scene just over a year ago, but sky is the limit for this crossover. The upcoming changes to the Model Y will draw more attention to the car.
Advertisement

The Model Y is a part of the crossover SUV segment which is an important segment for Tesla. Tesla has the Model X, but that vehicle sits at a price point that is above what most people can afford. The Model Y is a smaller vehicle and is also around 1,000 pounds lighter. However, Tesla is taking the Model Y to new heights in many ways with the new design. One of the Model Y’s greatest achievements is that it was the first car to make Tesla a profit in the initial quarter of its release.

The technology behind the castings of the Model Y was covered in great detail in a previous article. The Model Y will go through casting process in which the rear third of the car is a single piece as opposed to 70 individual components.

Elon Musk has given an idea about what to expect for the new design. Based on what is being put out in the news, it seems the appearance of the Model Y won’t be too much different on the outside. However, it will be completely different under the outer shell of the body due to the new castings. Musk said that the architecture will make the car more efficient.

The Model Y is said to have a 14% increase in range due to the new design. There will also be a 10% reduction in weight compared to the outgoing Model Y.

The world’s biggest casting press is currently under construction at Fremont. This machine will help assemble the rear casting for the Model Y. The Model Y will also use less materials which will enable Tesla to make more vehicles. This will help Tesla cut back on materials which is what they’ve been trying to do for a while.

The current Model Y is a fun car to drive, but one can only imagine how the new changes will affect the driving experience. The full scope of the benefits and drawbacks of the new design have yet to be seen.

How Tesla plans to make the Model Y even more profitable

Glenn wrote on August 4, 2021 - 7:06pm Permalink
What an article! Now I know who Daniel Carpio is -- he's the guy who wrote the article. I now know where he was educated, who he works for, what his Major (and minor) areas of expertise is, how golf carts have impacted his life, his driving history with Ferrari motor company; hell, I even deduced his favorite color, all from this very informative article. Now, if the guy would ever get around to discussing the Tesla Model Y, the article would actually be worth publishing...
tangible wrote on August 5, 2021 - 7:15pm Permalink
according to your own reports, Tesla Fremont is ALREADY making front MegaCasts for the MY line there. There are TWO machines in operation already.