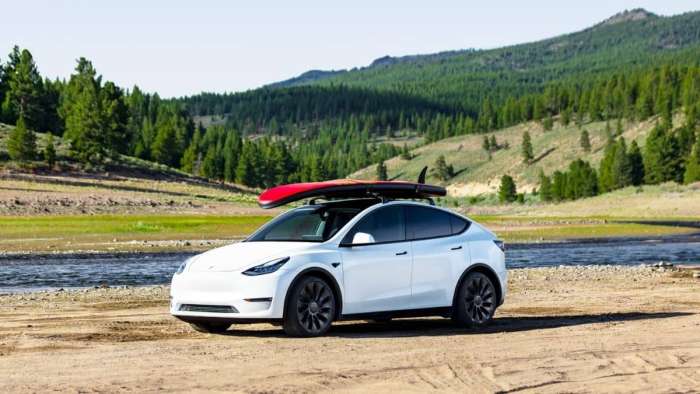 The First Megacast for the Model Y has been built at Giga Texas. This is the new cast that will be built around Tesla’s new 4680 battery cell.
Advertisement

Megacasting is a new technology that greatly improves the build quality of a vehicle. It is said to reduce the risk of a severe accident whether that be a front collision, side collision, or a rollover.

The true innovation behind Megacasting is that the Battery pack becomes a part of the body of the car. Tesla seems to be aiming to be more efficient in how they build their cars. Tesla makes cars that can go from 0-60mph in just over 2 seconds, but their cars are still very heavy. The new battery structure will reduce the weight of the car by 10%. We also know that the new part weighs 286lb. This is a step up from Tesla’s current strategy which is to combine the battery cells into modules to form a battery pack.

The Megacast was made by Tesla’s Giga press

The Megacast was produced by the Idra Giga press. This machine weighs over 900 thousand pounds. Tesla has been able to fine tune the machine to make better parts for their cars. The only setback was when a Giga press caught fire at the Fremont factory back in March.

Tesla's goals for the new Megacast

Tesla will first produce the new Model Y, and then will start producing the Cybertruck. The price of steel has tripled, so hopefully that will stabilize soon. The goal was to get the rear casting of the Model Y down to a single piece. Tesla has accomplished that goal. The Model 3's rear piece is made up of over 70 parts, and maybe Tesla can work on a new cast for that vehicle next.

The range of this new battery pack

The new battery technology will help to increase the range of the car by about 14%. This is a pretty substantial number. The Tesla Model Y currently has an estimated range of 326 miles. A 14 % increase would mean the Model Y would have a range of 371 miles.

It will be interesting to see how the driving experience will be affected by the new cast. For starters, the vehicle will be lighter. This could translate into better track times, better quarter mile runs, and a faster 0-60 time. The Model Y is the ultimate “looks can be deceiving” car. It does not look like a fast car but it is, and it seems that Tesla has just scratched the surface with the Model Y. Tesla doesn’t make drastic exterior changes with their redesigns like some manufacturers do. Tesla is more focused on the build quality, their batteries, and their autonomous technology.