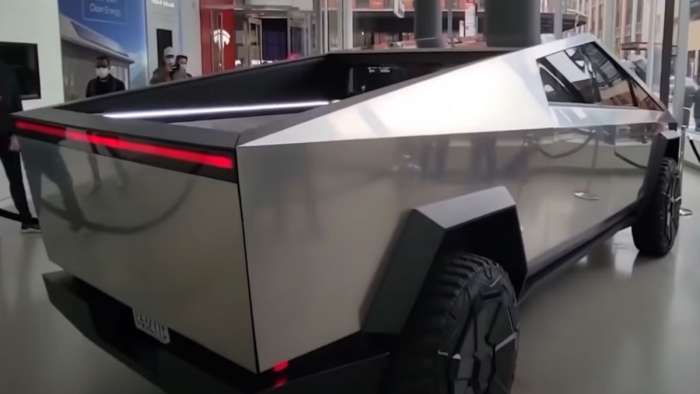 CyberTruck Is Now The Cheapest Tesla That Customers Could Order Today

CyberTruck Is Now the Cheapest Tesla

With the latest price increases to the Tesla Model 3 and Tesla Model Y, the single motor CyberTruck is now the cheapest Tesla you can buy at $39,900. The question is, will the price stay this low?

Tesla will make price increases and decreases to its vehicles periodically. Right now, the demand for electric vehicles is off the charts and Tesla is increasing prices.

The base version of the CyberTruck, the single motor, starts at $39,900. This is well under the $50,000 price target of other trucks. However, the other versions of the CyberTruck are $49,900 and $69,900 for the dual motor and tri motor respectively.

Tesla has not increased the prices of the CyberTruck yet, but the terms and agreements state that the price can change for any reason, except for FSD (full self-driving).

A Comparison of Other Tesla Vehicles to the CyberTruck

With a range of 250 miles and a price tag of $39,900, the single motor CyberTruck is a very cost effective and affordable electric vehicle. It's close to the Standard Range Model Y, which is now sold in China for about $42,000.

The Tesla Standard Range Model 3 gets a little more range than the single motor CyberTruck, but costs a couple thousand dollars more at the time of writing this article.

The CyberTruck will need to take advantage of the 4680 battery cells in order to be able to get the range it needs. We thought we saw the 4680 batteries a few months ago, but it ended up being a different battery.

Where Will the CyberTruck be Released?

I think it would make a lot of sense to release the CyberTruck in Berlin and Shanghai. It depends on the style of truck that people in Europe and China want. Tesla could pivot and create a slightly different frame for those regions. Knowing Tesla, they could make that happen IF they think it will be a big win for what people want.

I would expect that eventually, we will see the CyberTruck, or some variant of it, in Giga Berlin and Giga Shanghai.

What do you think about the Tesla CyberTruck, single motor, being the least expensive Tesla vehicle available on the market today? Will it soon be surpassed by the Model 2, Tesla's cheaper compact vehicle, which will compete with the Toyota Corolla?