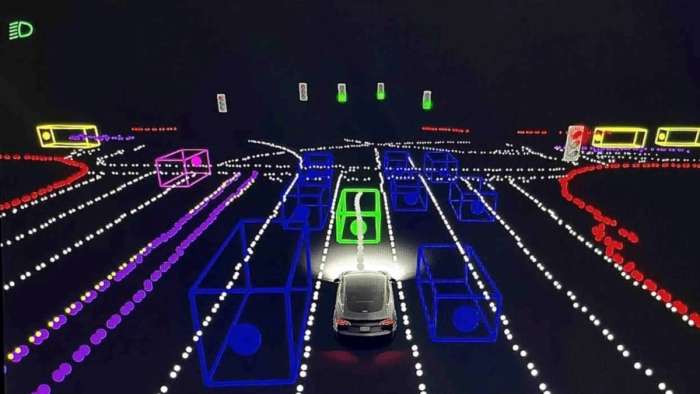 Elon Musk said Tesla has removed drivers who aren't paying attention from the company's FSD testing program. However, Tesla has also doubled the number of FSD beta testers. In addition, in the next FSD iteration, Tesla will stop using radar and move to a "pure vision" system.
Advertisement

For the past few months, Tesla has granted a select group of Full Self Driving option buyers access to the company’s newest FSD software. The new software’s architecture is, according to Musk, a “quantum leap” on the current Autopilot available for most of the public.

The new software generally referred to as “FSD beta” enables several new exciting capabilities. Some of the new functionalities unlocked by the software are driving on surface streets, unprotected left turns, full autonomous traffic light recognition and response, and many more. Tesla ultimately plans the neural nets underpinning the FSD beta to lead to level 5 autonomy.

Musk last week had said Tesla will be adding a download button so that more people can participate in the FSD beta program. And now on Twitter Musk says participants in the program have doubled from 1000 to approximately 2000. However, as new individuals gain access, some “drivers who did not pay sufficient attention” have lost their spot in Tesla’s FSD beta program too.

Given the importance of the FSD program and how much negative attention an accident would bring it makes sense Tesla will remove drivers who aren’t using the capabilities properly. However, having said that Musk says as of now there haven’t been any accidents recorded driving on the software.

Elon has also provided more clarification on the release date of Tesla’s next significant upgrade to the FSD beta software. This upgrade known as version 9 will be coming sometime in April. According to Musk, version 9 will transition the FSD beta software to relying solely on vision. Surprisingly this means Tesla will be foregoing the use of radars for self-driving.

FSD Beta has now been expanded to ~2000 owners & we’ve also revoked beta where drivers did not pay sufficient attention to the road. No accidents to date.

Next significant release will be in April. Going with pure vision — not even using radar. This is the way to real-world AI.

Currently, all Tesla vehicles are equipped with 8 surround cameras and a front-facing radar. Tesla uses radar information to check the accuracy of the vision input interpretation in some tricky situations like when driving under an overpass. And it seems with the new release Tesla is confident enough with their vision neural nets they will no longer need radar.

Unlike the rest of the “self-driving industry” for a long time, Elon Musk has refused to put Lidar on Tesla vehicles. When discussing Lidar, Musk has said: “Lidar is a crutch” and in order to solve level 5 autonomy, one has to solve vision. And apparently, as Tesla gets closer to true full self-driving it also means rendered radar unnecessary. 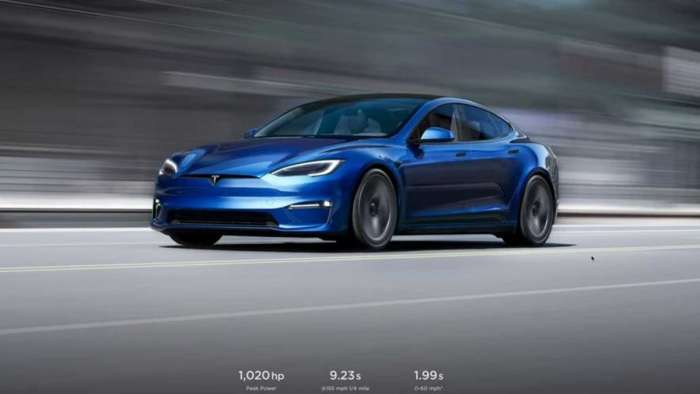 However, there might still be a place for radar in Tesla’s self-driving suit. One cool and potentially life-saving use of radar is tracking multiple vehicles which aren’t visible to the cameras or to drivers’ eyes.

If a Tesla is for example following a large van the movement of the vehicles passed the van might be obstructed. However, using radar Tesla bounces signals under the van and measure the speed of 2 to 3 vehicles in front even though they are not visible to the cameras.

This allows Tesla vehicles to perform seemingly superhuman feats such as breaking before an accident occurs. Following the rollout of this feature, countless videos have come out on youtube where Tesla vehicles beep and break seemingly for no reason, and a second later the car in front slams into the one ahead of it.

As of now, there are only bits of information known about Tesla’s FSD beta version 9. However, the move to a pure vision system seems to be a result of, Tesla finally enabling all 8 cameras to drive. We will keep you posted when more information comes out about Tesla’s next FSD beta release.

So what do you think? Is Tesla right for removing individuals from the FSD beta tester program for not paying full attention? And are you excited that Tesla has doubled access to the FSD beta software? Have any of you been granted access to the expanded tester list? Let me know your thoughts down in the comments below.

For more information check out: Delivery Estimates For New Model S & X Increase Likely Due To High Demand And Production Woes Also, see Another Tesla Hits Another Semi From the Side - This Time It Looks Like a Model Y