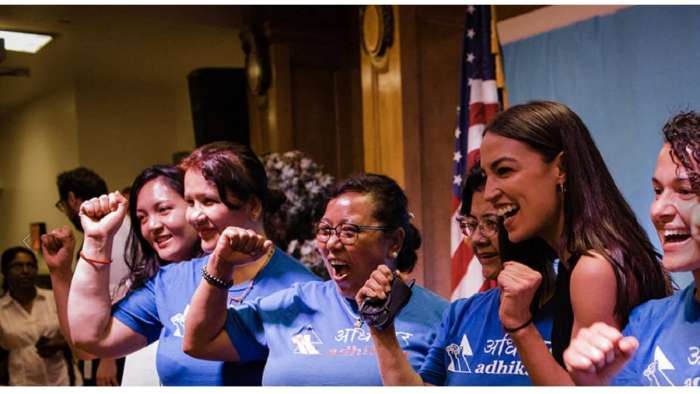 Will Democrat Shoppers Cancel Tesla Over Musk’s Many Feuds?

Elon Musk has been amping up his feuds with one political party’s politicians. Will activist shoppers avoid buying the best EVs made in America?
Advertisement

Elon Musk is many things to many people. Genius, visionary, world’s wealthies man, CEO of the world’s best electric vehicle company, rocket ship maker, boring company leader, solar roof bailout provider, and as of late, an aspiring political pariah. Will his newest role push his company to the point of being canceled by shoppers who stick closely to their political party’s cancel du jour?

Related: Here is What Cancel Culture Is According To NPR

Musk is entirely off the reservation of the political party he now feuds with on social media and in interviews. He moved Tesla’s headquarters out of the adopted capital state of one political party and has been sniping at the party’s top executive, most angry and active Senator, and the poster child (so to speak) for the party in the House of Representatives. Short of offering the Model S in a commemorative January 6th MAGA wrap, he’s done pretty much all he can do to thumb his nose at the party in power today in America.

This deal is dangerous for our democracy. Billionaires like Elon Musk play by a different set of rules than everyone else, accumulating power for their own gain. We need a wealth tax and strong rules to hold Big Tech accountable.

In fairness to Mr. Musk, he didn’t start the spats he is now embroiled in. First, top executive Joseph Biden brought together the EV pretenders and called a company with zero EVs on sale the “leader in EVs.” Even better, he made sure Mr. Musk’s invitation got lost in the U.S. Mail. Next, the Senior Senator from the Commonwealth of Massachusetts, Elizabeth Warren began spouting off about Musk being a tax evader or something to that effect, hilariously in the same year in which Mr. Musk paid the most in taxes by any biped in Earth’s history. Most recently, Alexandria Ocasio-Cortez vowed to reconsider her Tesla ownership on the grounds that Mr. Musk has ego problems. She wants to instead buy a battery-electric sedan made by union workers in America. Is there one? Are the workers who build Tesla vehicles in California and Texas somehow lower-class Americans in her view? We won’t pretend to understand her position.

In any case, Representative Ocasio-Cortez’s bickering with Mr. Musk recently stepped over a line and borders on being classified as a call for canceling Tesla. The problem is a lot of folks in the adopted capital state for the party she is a card-carrying member of love Tesla, its cars, and Mr. Musk. You can’t swing a stolen catalytic converter in California without hitting a Tesla. We don't know how many service industry workers in Ms. Ocasio-Cortez’s district can afford a $50K small sedan like she can on her $174,000 government salary. Still, the fact is, Ms. Ocasio-Cortez has many fans and supporters outside of her New York district. She punches above her weight class, as they say of folks whose influence surpasses their official position.

How far can Mr. Musk’s feuds go with a growing list of high-profile politicians before a meaningful number of the country’s voters say to themselves, “Maybe I don’t want to drive a product associated with a loudmouth who is in a name-calling spat with my favorite politicians?” We can’t answer the question. That would be like asking, “When will Mr. Musk leverage his immense wealth and support a third-party candidate for President?”

Tell us in the comments below if you think Tesla is on a shortlist for cancellation by those who engage in such first-world consumer indulgences.

Mo wrote on May 30, 2022 - 8:23pm Permalink
I hope that the dims do cancel their orders for a Tesla. I ordered one a couple of months ago and if they do cancel I'll get mine sooner!

Tesla Contemplates A New Strategy for China Retail even As Sales Boom
Jay Leno on Elon Musk & EVs: “I Think He Should Get ... Credit"
END_OF_DOCUMENT_TOKEN_TO_BE_REPLACED