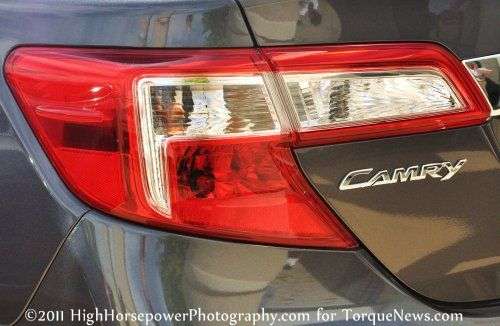 The 2012 Toyota Camry Hybrid named NADA car of the month

The 2012 Toyota Camry and Camry Hybrid were unveiled last month around the US to mixed reviews but that hasn’t stopped the people at the National Automobile Dealers Association (NADA) from naming the 2012 Camry Hybrid the September 2011 NADAGuides Car of the Month.
Advertisement

The folks behind the NADAGuides Car of the Month award went with the 2012 Toyota Camry Hybrid for September, citing the main reasons as the improvements made to the interior and exterior, lower prices for certain trimlines and Toyota’s new Entune multimedia system which is standard on the Camry Hybrid XLE. Even with the bells and buzzers that come with the XLE trimline, the 2012 Camry Hybrid yields 43 miles per gallon around town, 39 miles per gallon on the highway and a combined score of 41mpg – while also being able to dash from 0-60 in a fairly respectable 7.6 seconds thanks to the 200 horsepower 2.5L engine and the hybrid drive system.

Troy Snyder, Director of Product Development at NADAguides, offered this quote on the group’s choice to name the 2012 Toyota Camry Hybrid the September Car of the Month:
"From the moment you sit inside the all-new 2012 Camry it is clear to see that Toyota rethought every detail of the interior – ensuring it was comfortable, instinctive for the driver to navigate and overall appealing in design. While behind the wheel of the 2012 Camry XLE Hybrid I had to actually remind myself that it was a hybrid – the usual motor change and braking feel that comes with hybrid models disappears in the 2012 model. This is definitely a vehicle that hybrid consumers need to drive."

While the 2012 Toyota Camry has been vastly redesigned, many critics pointed out that the company played it safe – too safe. The new Camry receives no real improvements to the drivetrain with any trimline, be it traditional or hybrid, and while the sharpened exterior is a welcomed addition – the 2012 Camry is not as vastly changed as many had hoped. However, as one of the bestselling models in America the minor changes may just be enough to help pull Toyota Motor Company out of the recent funk caused by their recall issues and multiplied by the Japanese natural disasters. If nothing else, being recognized as the NADAGuides Car of the Month should help the redesigned 2012 Toyota Camry to garner some attention in the new car buying world.

"We're thrilled that just two weeks after publicly introducing the all new, reinvented 2012 Camry, it has already earned NADAguides' Car of the Month award,” said Bob Carter, Toyota Division general manager and group vice president. "The new Camry is the most technologically advanced Toyota ever made, and delivers best-in-class connectivity, driving dynamics, safety features, fuel economy and refinement. It's our best Camry ever."

The 2012 Toyota Camry Hybrid is expected to hit US dealerships later this month with the Camry Hybrid LE starting at $25,900 while the highline Camry Hybrid XLE starts at $27,400.