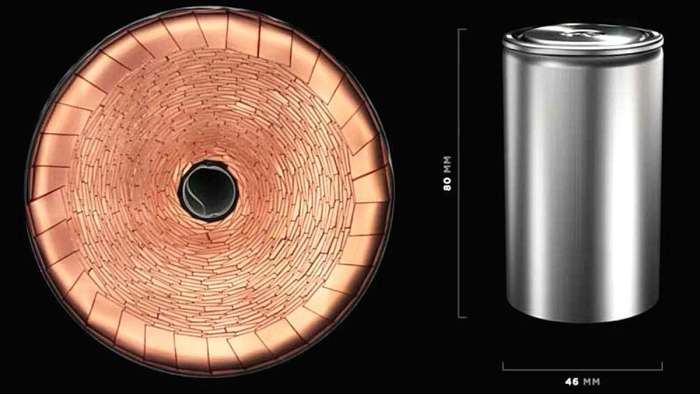 All of Tesla’s 4680 Batteries May Not Be Equal

It is possible that there may be three or four types of Tesla 4680 batteries produced. Panasonic will soon start building 4680 batteries that use Tesla's new tab-less design. And Giga Berlin may have LG Chem (NCMA) 4680 batteries produced for Berlin, and also Shanghai's new Model Ys. Plus maybe soon (within a year) CATL may produce less expensive 4680 format LFP batteries for the cheaper base versions of Asia Tesla models.
Advertisement

During Tesla’s recent Battery Day event on September 22nd, 2020 Elon Musk announced Tesla’s new 4680 batteries, that promised 6X more power, and 16% better range than their current Panasonic 2170 batteries. They showed off the new, larger batteries, and talked about the new design of having tab-less batteries and a new structural battery case. Plus they said that the 4680 batteries built in the Fremont, Kato Rd. factory would use Maxwell’s dry cathode technology, being faster, cheaper, and cleaner to produce than today’s lithium ion batteries. Since then Tesla has talked about building a huge dedicated battery factory near Giga Berlin, and also producing batteries in Giga Texas.

At Battery Day, Tesla said that they would be using different battery materials compositions for different uses. Currently Tesla’s EV 2170 batteries in the U.S. are produced by Panasonic in Giga Nevada using a nickel-cobalt-aluminium (NCA) cathode chemistry, which has very high energy density. And since Battery Day there have been announcements made saying that Panasonic would build a pilot 4680 battery line, and LG said that they would be making nickel, cobalt, manganese, and aluminum (NCMA) batteries for Tesla as well moving forward. CATL also makes lower cost (no cobalt) LFP batteries for China-built Model 3s. But CATL’s LFP chemistry has lower energy density and a different prismatic format cell.

I think that ultimately there could be 3 or 4 different types of 4680 batteries produced.

Similarly, I think that Berlin may have LG Chem (NCMA) 4680 batteries produced for Berlin and Shanghai Model Ys. With the new Giga Shanghai Model Ys available to order now, and deliveries due later this month, I have to wonder if they will be secretly shipping with LG NCMA or Panasonic NCA 4680 batteries from the beginning of production? 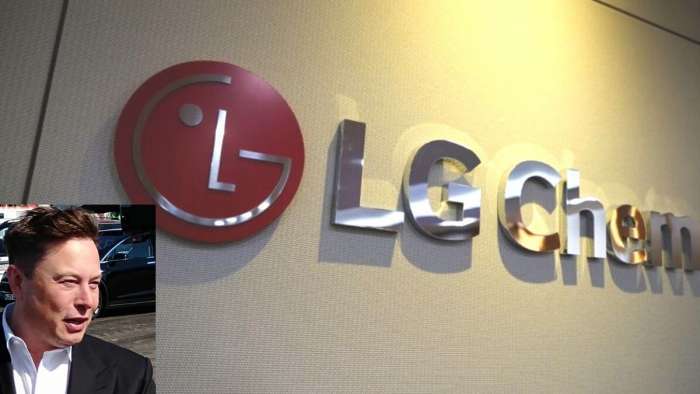 From a factory efficiency point of view it could make more sense to build all new Tesla vehicles using the cast frames, structural battery cases, and 4680 format batteries from the beginning. This one-platform model idea could also explain the Model S and X shutdown in Fremont, with Tesla retrofitting and adapting the production line using the upcoming Model Y and Model 3 4680 battery chassis design to update the legacy Model S and X. We know that at the very least the upcoming Model S Plaid will be using Tesla’s own 4680 batteries later this year, so why wouldn’t they update the whole Model S and Model X chassis line now?

As mentioned, I suspect that Shanghai may soon (within a year) offer less expensive CATL-built 4680 LFP batteries in cheaper base versions of Asia Tesla models. It would make sense to provide one common 4680 battery format to streamline production on one standard platform design, including the cast frames and structural 4680 battery case.

Ultimately I think that the top Plaid Model S, Cybertruck, Semi, Roadster, and Robotaxi Model 3s and Ys will all get Tesla’s own, high nickel, dry electrode 4680 batteries in late 2021, as the Kato Rd. (CA) and upcoming Giga Texas 4680 battery factories ramp up production to mass quantities later this year. 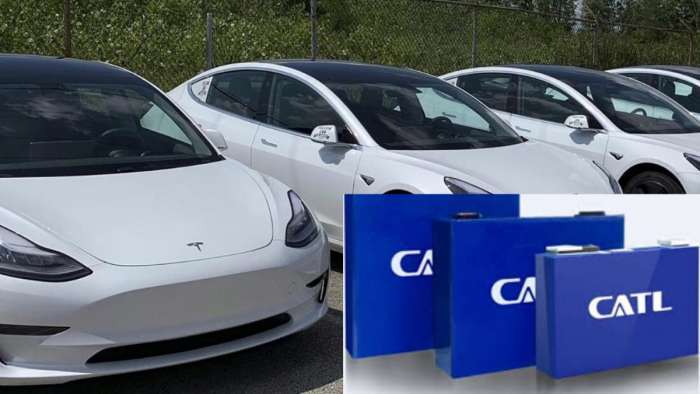 Ted Keller wrote on February 13, 2021 - 2:52pm Permalink
We have 2 solar panels which produce considerably more electricity than we use, and have "tentatively" agreed to having Powerwall batteries installed. So, we're wondering whether the batteries be 4680?
DeanMcManis wrote on February 15, 2021 - 1:57pm Permalink
Until Tesla's upcoming 4680 battery factories in Texas, Berlin, and Nevada get up to mass production 4680 battery supply will be limited. I think that the Kato rd. battery production may be being stockpiled now for use in the debut of the first German Model Ys, to kickstart their early delivery, as the main factory there will likely precede the battery factory being completed. I suspect that Tesla's Powerwall batteries may shift from the current 2170 batteries to using the CATL LFP batteries because the Powerwalls don't have the same operational issues related to size, weight, load, and cooling as they do in automotive applications, and the LFP batteries would cost much less. When Tesla can get their 4680 battery production up beyond the demands of their automobile needs, then they could use them in Powerwalls, but that would still be a few years from now.
daniel58 wrote on May 25, 2021 - 6:44am Permalink
It will likely take Tesla until mid summer 2025 to have enough actual sufficient 4680 battery newer format capacity rechargeable EV traction motor cells with which to equip its Tesla Cybertruck for its Austin Texas Gig Factory production plant; which is nearly ideal since it mates and matches the Tesla Cybertruck Exoskeleton design which lends itself to incorporating the more efficient 4680 battery format high efficiency design which is easier to cool/warm also as well if needed; which should lead to more reliable/stable 4680 EV traction battery output life; some have said it will be able to achieve approximately 1.3 million miles without much difficulty; if that is the case I will definitely be buying one in 2025 since it will easily beat the Ford F150 Lightening EV vehicle in terms of ultimate EV range in terms of long term mileage lasting at least one million miles.