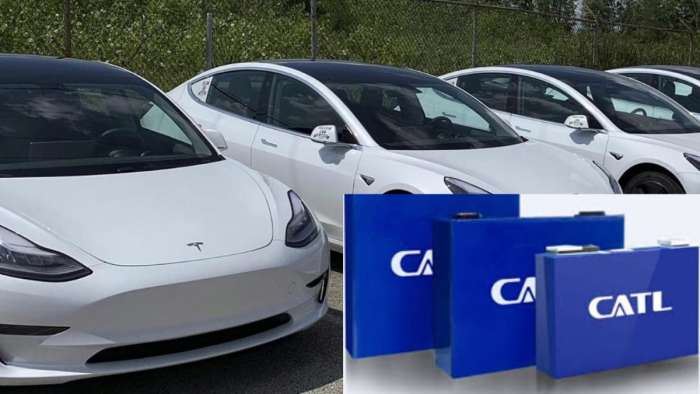 CATL (Contemporary Amperex Technology Co.) who is currently China’s largest battery manufacturer today (with 28% of the global battery market) confirmed that it will start shipping it’s LFP (Lithium-Iron-Phosphate Batteries) later this month directly to Tesla’s Shanghai Gigafactory, for use in its China-only, entry level, Model 3 Standard Range Plus EVs.
Advertisement

Back in February it was disclosed that CATL would be providing batteries for Tesla, specifically for China-only models. There are several benefits for Tesla in using the CATL LFP batteries. The biggest benefit is lower cost. CATL’s LFP batteries are supposed to cost around $80/kW at the cell level, and around $100/kW at the pack level, which may result in an internal savings of $3,000-$4,000 per car for Tesla.

Currently, today’s Chinese Model 3s get their batteries from Panasonic, who has been the sole battery provider for Tesla so far (LG also has a battery contract with Tesla for Chinese battery production) and it looks like CATL will start to ship LFP battery cells to Giga Shanghai sometime this month.

According to Chinese media, CATL confirms that it will start to ship LFP battery cells to GF3 sometime this month. The original shipment time is August. All MIC SP M3s will be made with LFP battery packs. pic.twitter.com/cTSPh1A35u

As a result of its Model 3 price reductions Tesla China saw its sales climb up 35%, and they sold nearly 15K Chinese Model 3s in June according to the China Passenger Car Association (CPCA), despite seeing a devastating 40% decline in EV sales overall for the China market. In fact, Model 3 price may drop further thanks to new cheaper batteries.

Tesla had to sell its Model 3s at less of a profit to qualify for the China subsidies, but with CATL’s LFP batteries to lower their production costs, their profits should go back up again despite the lowered China Model 3 SP pricing.

The greatest PR advantage for Tesla in using the CATL LFP batteries is because the Lithium Iron Phosphate batteries do not use any cobalt. Cobalt mining sources have been linked to child labor abuses in the Congo, and EV manufacturers have ALL been distancing themselves from cobalt sourced from Congo’s warlord-controlled mines.

Tesla also has its own patents on cell-to-pack technology which will probably be an important part of its upcoming million mile battery pack engineering about which we hope to hear more during Tesla's Battery Day on September 22.

We heard about the plan for CATL LFP batteries to be coming to China Teslas months ago, but it was uncertain when/if they would be shipped to the Shanghai Gigafactory this year, but it looks like we may see made in China LFP Model 3s built as early as this August.

Do you think that Tesla offering a lower priced, cobalt-free, LFP CATL battery pack will improve future sales and profits?