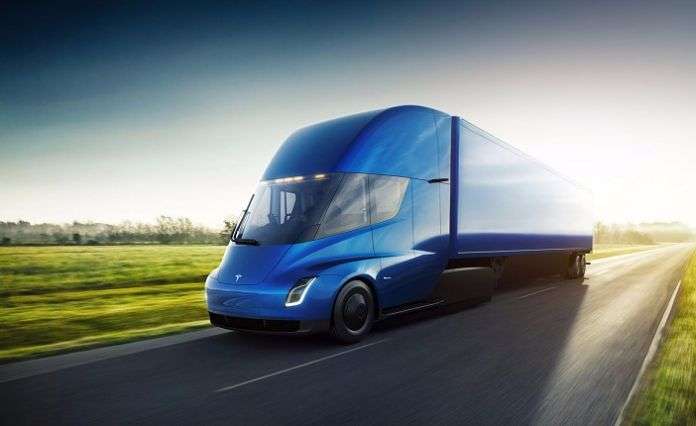 Imagine the Tesla Semi truck's charging station size. How will be?
Advertisement

Tesla Semi, which was unveiled few days ago, surprisingly has a very competetive price, which starts at $150,000 and its longer-range version will sell for $180,000, reports Business Insider.

Today I received a letter from a Torque News reader P. Hamilton discussing the enormity of Tesla Semi's charging station size. Here is what the email read.

"Has anyone done any calculations on the expected size of electrical service, amperage draw, individual Semi charging circuit sizes, or possible size of the electrical substation needed for the new Tesla Semi battery charging stations. It would seem to be almost too large to believe. Especially if it had the capacity to charge 10 Semis at one time (at the 30 minute charge time...). Thank you. P. Hamilton"

This is the truck we are talking about and watch how rapidly it accelerates.

These are the biggest Tesla Semi takeaways from the recent unveil of this unique electric truck and this is Tesla's newest and largest charging station, opened very recently. Now imagine how large and powerful a Tesla Semi's charging station will be.

Update
According to Teslarati, “Tesla’s Megacharger would need to have a … power output of 1.6 MW, or thirteen times the power level of a standard Supercharger, to be able to replenish 400 miles of battery range in 30 minutes.” KManAuto agrees. He tells Teslarati: “I think they increased the voltage — for simplicity probably doubled it. Keeps the wire size down. Less heat build up. The charge port on the semi also has eight pins for charging. Of course, positive and negative — means it’s like having four normal Superchargers plugged in. So if it was four normal Superchargers through the same size pins it would be approximately 500 kW due to wire size. If they double the voltage, they could run twice the amount of power through the same wires, meaning they would be able to hit 1.6 MW.”

if you have any ideas about this and its power, size, please share with us in the comments section below. If you liked the questions raised and discussed in this article, please consider sharing (tweeting) it to your followers.