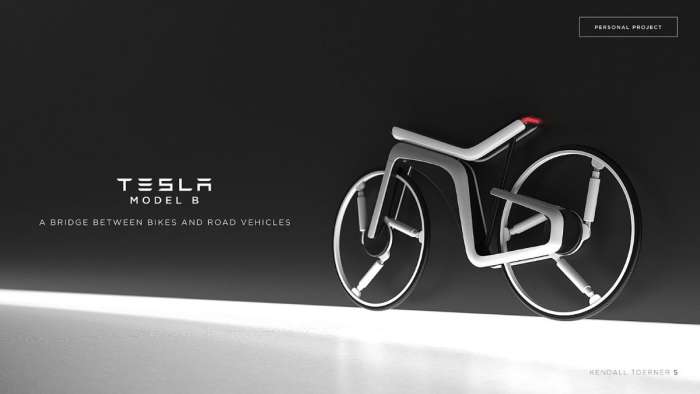 Tesla Owners Say They Would Welcome a Tesla eBike Model B

When Torque News published an article about Tesla Model B ebike, designed by Kendall Toerner, we received mixed response in the way of comments. Today I want to share with you the positive response in which Tesla owners and enthusiasts welcome a Tesla electric bicycle.
Advertisement

On November 27 Kendall Toerner released some very nice images of Tesla ebike and named it a Model B. It has some great characteristics and specs. This designed Tesla ebike concept even has some autonomy.

When Torque News released the above video discussing the Tesla electric bicycle, we received some mixed responses and today I am going to share with you the positive ones.

"I would love to have a Tesla e-bike. Especially, if it could be re-charged from my current Tesla Model-Y and/or my future Cybertruck," writes Rod Anderson. He says he has acquired a trailer hitch on his Model Y and the reason he paid $1,000 for a trailer hitch was so he could carry 2 bikes with him on certain trips.

Another user writes he has been tweeting Elon Musk about a Tesla bike. "I have been Tweeting @ElonMusk for some time about this, I would buy a Tesla eBike in a heartbeat," writes William Lauzo.

A Torque News Youtube channel subscriber Liam Brandon, commented saying, "Imagine a slot in a Tesla that could house the bike really efficiently. I would buy the Tesla car just for the bike." So, you see. If Tesla really seriously starts making ebikes, the brand would attract a whole new demographic of bikers, especially those that are looking into electric bicycles for their daily commute.

Here is another benefit of a Tesla ebike that can enhance the safety if autopilot is used successfully. As one of the commenters notes, with communication between car and bike allied with geo-fenced virtual bike lanes and the right protocols bike safety could be significantly enhanced.

While some people say they would love to have the option of pedaling, others point to people with physical limitations and say such an ebike can help them travel. An autonomous ebike could become a good means of transportation for many people.

"Outstanding," writes Don MacCallister. He says he is looking forward to placing his pre order for ten of these "wonderful ebikes and writes, "Thank you for recognizing most supposed e-bike makers are in truth just lashing electric motors and batteries and ugly fat tires on traditional bike frames. Please carry on!" 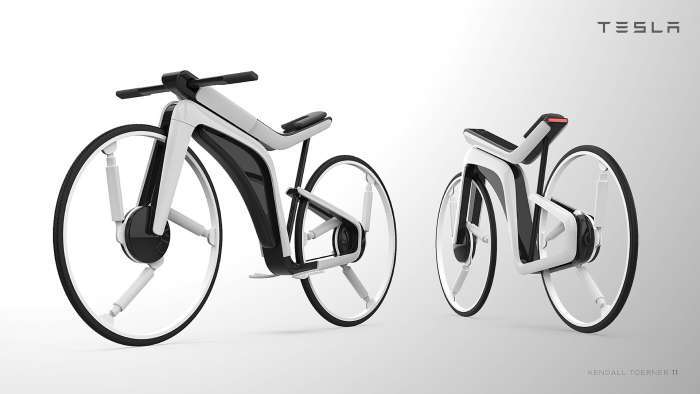 "Certainly looks different, but then again so did the first bicycle. Anything new always stands out. Look at the Wright Bros plane compared to today's jets. Give team a a chance and a big compliment for imagination. As Henry Ford said: there is never a demand for a new product. A compliment always goes a lot further than criticism. And if you think you can do better, do it," writes another user Bill Griffith.

While I am presenting you all these positive feedback about a Tesla ebike concept, there were also a number of comments who expressed serious concerns and took the opposite view. In one of my upcoming stories I will discuss why people think this Tesla ebike concept, named Model B is not the right way for Tesla to proceed. In the meantime, please, take a look at this: "While Tesla Isn't Building an E-Bike, BH Core Carbon Has 136 Miles of Range."

Mighk Wilson wrote on December 2, 2020 - 12:10pm Permalink
An autonomous e-bike is not possible unless it has three or more wheels. The way a two-wheeled vehicle steers depends heavily on the weight shifting inputs of the bicycle driver, not merely the turning the handlebars. Steering is as much about leaning as it is about turning the handlebars. If an autonomous bicycle were to suddenly turn the front wheel right, the rider, not knowing it was going to do so, would be thrown to the left (and vice versa).
Craig C. wrote on December 3, 2020 - 8:01am Permalink
To legally be an e-bike, the provision must exist to be able to propel the vehicle by pedals alone and/or in addition to an electric assist. As designed, there are no functioning pedals. AS configured, a pedal-driven generator could be included to provide energy to the hub motors. Or a chain/belt could connect the pedals directly to the rear wheel. A major oversight from someone not familiar with the e-bike market.
Mighk Wilson wrote on December 3, 2020 - 8:57am Permalink
True Craig, but it doesn't affect my point. Any two-wheeled vehicle is going to have the same steering control problem with autonomy, regardless of how it's powered or classified.