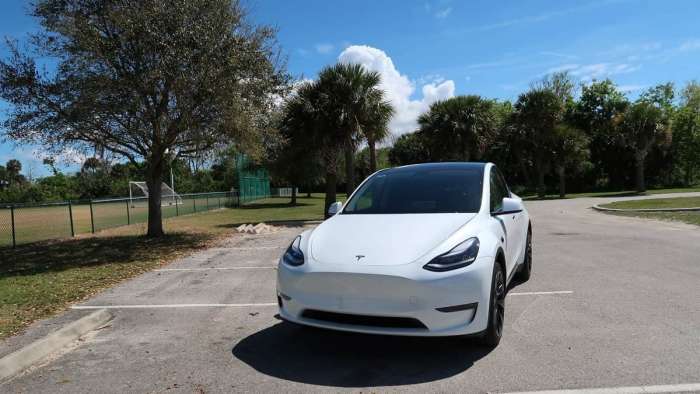 Why a Model S Owner Is Getting a Tesla Model Y

This morning I read an interesting story on Readdit from a Tesla Model S owner who writes why he didn’t buy the Model 3, but is buying the Model Y.
Advertisement

Tesla Model Y (read a Model Y owner review) is garnering a lot of interest not only from the Tesla owners, but also from automotive enthusiasts across social media. As Tesla started to deliver the first Model Y vehicles ahead of the schedule, we are seeing a real boom in Model Y interest.

Two days ago one Tesla Model S owner shared an interesting insight about why he prefers the Model Y over his Model S and the Model 3, which he chose not to buy.

A Reddit user CharlesDingus27 shares this story comparing the Model S to the Model Y.

I have been driving a Tesla Model S for roughly 4 years and love it. I have never had any of the problems that people often speak about. The only thing that ever went wrong was the MCU constantly stuck in restart loop which was replaced for free via warranty.

One thing I absolutely love about the Model S, is the insane amount of storage space it offers for a large sedan (He says “I have literally slept on an air mattress inside my car before”). One reason, I didn't pull the trigger on the Model 3 is I thought it had too little storage space for me and I didn't like that it wasn't a "hatchback" like the Model S is. Large storage capacity may not be a big factor for most car buyers, but for my criteria it's at least the top 5.

One thing that is kind of a pain for me is how big the Tesla Model S is. It's not as big as the Model X, but at times The Model S becomes a bit of a pain to park in tight spaces and maneuver around crowded cities.

So, this is where the Tesla Model Y is perfect for me. The Model Y merges the smaller platform of the Model 3 making it easier to park and fit into tighter spaces with almost the same storage capacity of the Model S.

Also, having a higher head room in the clearance of the Model Y is a big bonus. I find it hard to take my elderly father for rides in my Model S due to its extremely low head clearance for stepping into the passenger seat. It seems like a perfect compromise for people who don't want large cars, but will get the same amount of storage space as a cross over SUV.

I am a Model S owner. I personally didn't like the Model 3 because of the size and storage. Everything else about the Model S is awesome. I am excited to get a Model Y because of smaller platform compared to Model S and it being a hatchback. The Model Y also seems to provide a lot of storage space. I have learned to love hatchbacks since owning my Model S.

Question: How does the Model Y drive?

We have heard many good things about the Model Y, but one question remains for me: how does the Y drive and handle compare to the Model 3. The Tesla Model 3 owners say they love the Model 3’s precision. I am personally going to wait until I test-drive the Model Y and give you more insight. But if you know the answer about this question or already drive the Model Y, please comment below and let us know. 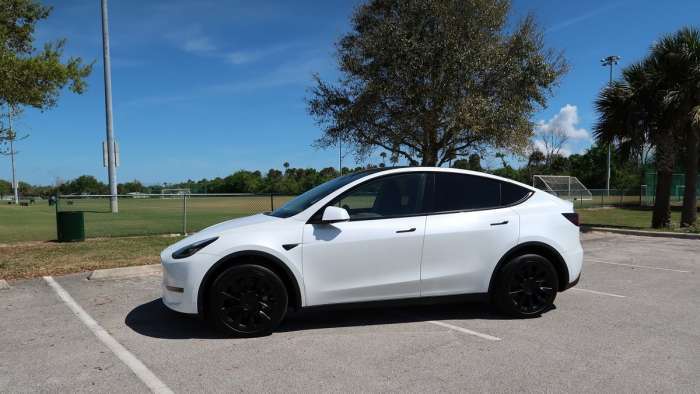 Another question I would like to raise here is advantages of the Model Y vs Model 3.

Are there any other advantaged to the Model Y over the Model 3? For example, I assume the chassis is the same steel. Are there any manufacturing or technology aspects that have been improved since the Model 3 and benefit the consumer (i.e. not just improvements to manufacturability)?

Speaking of the Model Y’s comparison with the Model 3, please look at my previous report discussing 12 subtle differences between the Model Y and the Model 3.

Watch 12 subtle differences between the Model Y and the Model 3 and click to subscribe to Torque News Youtube channel for daily automotive news reports on Tesla cars.

Two days ago the user manual of the Tesla Model Y appeared on Tesla’s website, in which you can find a wealth of information about the Model Y. In contrast to Tesla's Model 3, an important feature could be completely missing.

The revealed instruction manual of the Tesla Model Y shows decisive differences compared to the Tesla Model 3. A roof rack can be attached to expand the storage space, but a trailer hitch is missing in contrast to Tesla Model 3’s European manual. Right now the Tesla Model Y doesn’t have a towing hitch. The Model 3 can't get a tow hitch in the US, but it can get one in Europe. In the Model 3 European manual, the “towing capacity” section says “See Towing and Accessories on page 81,” which describes tow hitch accessories and how to use the car to tow a small trailer.

These are important questions and if you know the answers, let’s please, discuss them in the comments section below. See you in my next story discussing what to do if you have a Tesla Model Y scheduled for delivery in a state with stay-in-home order.