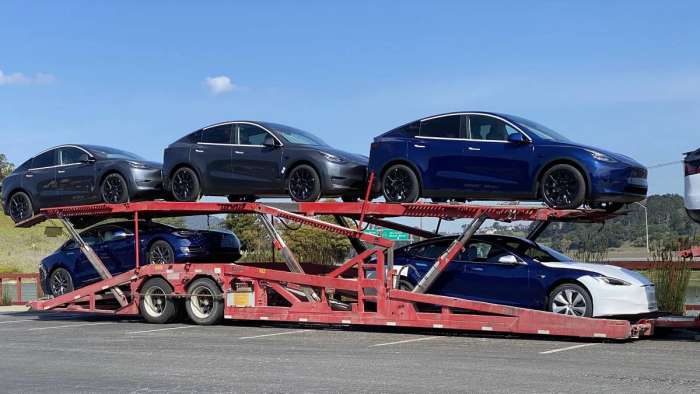 Deliveries of Tesla Model Y After Stay at Home Order

Many people are eagerly waiting for their Tesla Model Y to be delivered so they can go to their local Tesla showroom and pick up their car, but they are now wondering how it will work after their state has issued a stay at home order.
Advertisement

I followed a discussion on Tesla Motors Club where one California resident was asking if anyone has taken a Tesla delivery in California after the Stay at Home order went into effect. He says "I am scheduled for tomorrow in Carlsbad and so far Tesla told me we are still on. If anyone has done it since the lockdown went into effect I would be interested to hear how it went."

To be clear, in this case, we are talking about the Tesla Model Y because the discussion was in the Model Y section of the forum.

Some people are saying they think transportation is still on the list of essential businesses and they think it is technically OK to go out to pick up your Tesla.

To be clear, It's not transportation that is in the list of essential business but rather shipping. In an article, published in USA Today, it reads "federal guidelines give state and local authorities leeway in what they consider 'essential' businesses during an emergency. But in general, those industries include grocery stores and food production, pharmacies, health care, utilities, shipping, banking, other governmental services, law enforcement, emergency personnel, and journalists." 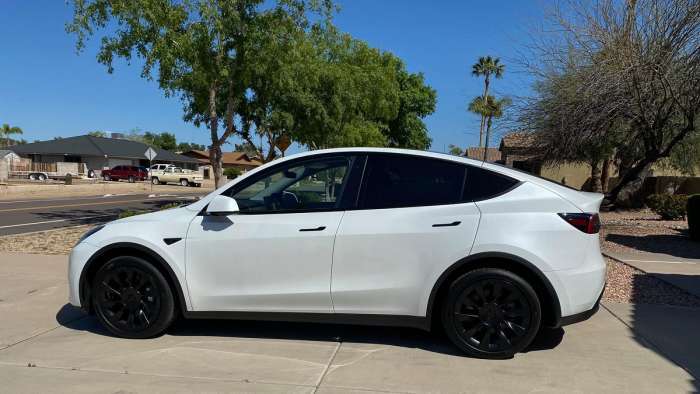 As you see, shipping is on the list of what is essential business. Delivering your Model Y could well be under the shipping section as shipping and delivery go hand in hand.

Another member in the forum, who also was waiting for his Model Y delivery writes he got two conflicting answers when he asked his local Tesla.

The second answer from the same Tesla dealership said they will deliver the Model Y to your home. He said his delivery is scheduled for March 28 and he doesn't know if it will change again.

While the conversation in the forum was going on the original poster who had asked the question, wrote an update saying he just got a confirmation from Tesla.

Tesla told him his Model Y delivery is still on for the original designated date. Here is what he said Tesla told him.

They’ll leave the papers in the car and just let me know where it is in the lot. I’ll sign the papers and drop them at a box in front. They’ll check them and make sure the signatures are good and that’s it. She said it should take 10-15 minutes all in.

So basically, that's the touchless delivery, which Tesla announced two days ago delineating how it will work.

Here is what exactly Tesla said about the touchless deliveries to address people's concerns during these uncertain times.

In many locations, we are in the process of implementing “touchless deliveries” so customers can continue to take delivery of their vehicles in a seamless and safe way. Due to the unique over-the-air connectivity of our vehicles, customers are able to unlock their new cars at a delivery parking lot via the Tesla App, sign any remaining relevant paperwork that has been placed in their car, and return that paperwork to an on-site drop-off location prior to leaving. This method provides additional convenience and comfort.

Another person said he was also excited that he was offered for direct delivery today. But he says, he got a call from Tesla and there was a paint issue, as a result, the delivery is delayed until the end of this month.

He didn't specify what he meant by paint issue, but yesterday we reported about Tesla Model Y black color issue, according to which many Model Y reservation holders who had placed a reservation for a black color Model Y were receiving phone calls from Tesla asking to choose other colors for immediate delivery.

I was offered for direct delivery for today. I got a call this morning that there was a paint issue and delivery is delayed. They told me yesterday that it had been cleared for delivery. Bummed. The site now says I am scheduled for the 28th that person writes.

I am not sure the black color issue is the cause in this case because this person's configuration seems to be the blue color. He wrote "I did see this truck with LR AWDs today in a parking lot in Marin City. The blue one looks like my config."

Why Take an Early Deliver If You Can't Drive?

Few other people in the forum also had interesting points. One of them thinks taking delivery of a car is an essential business because you need a car to shop for groceries, go to the doctor or go to the laundromat. These are the obvious essential business.

On the other hand, let's say you are leasing your vehicle from Tesla. What is the point in forcing deliveries given the stay-at-home order? Can't you wait a few more days or weeks to pick up the Model Y? In other words, why take delivery and start paying interest on a car you can't drive?

However, delivery centers may not have much extra room to park cars for people coming to look at a Tesla purchase, let alone have room to store weeks of deliveries of cars. I assume Tesla wants to sell its cars. If you are unable to take the delivery it may be that your Model Y may be assigned to the next person in line able to take delivery.

This actually may apply to the Model 3 as well.

If you are in a state, which has stay at home order, I would recommend checking with your local authorities if you can go out to take the delivery of your car. I would also explain how the touchless deliveries are going to work.

As of now, about 7 states have ordered residents to stay home or shelter in place. Those states are:

If you are a resident in any of these states and have a Tesla vehicle scheduled for delivery, I would say, check with your local authorities before you go to the local Tesla showroom.

Tesla Model Y is now one of the most talked-about vehicles in the Tesla line. Even current Tesla owners are buying it, like this person who explains why he is getting a Model Y while being a Model S owner. Tesla started the Model Y deliveries early this week.

Matt wrote on March 21, 2020 - 11:43pm Permalink
Some people in Tesla Model Y Facebook groups have said they were called by Tesla and told the delivery location is shutting down and they’d have to wait for delivery. I am supposed to get mine in Orlando on Wednesday. Florida isn’t on the list yet, but may be by then.
David H wrote on March 23, 2020 - 8:33pm Permalink
Did any deliveries happen today (3/23) in California?
JC wrote on March 24, 2020 - 1:37am Permalink
Our Model Y was delivered to our house today. Touchless!
David H wrote on March 24, 2020 - 12:36pm Permalink
That's awesome! Congratulations. // Did they robo-deliver it to your house, or did an employee drive it there?
Gerren wrote on April 7, 2020 - 8:54pm Permalink
I have a model Y dual motor long range metallic blue ordered. I had the 7 seater configuration and was contacted to change it to 5 and I’d get a deliver late March early April. I just called them today and was told that inventory is limited to empty at this point and because the factories are shut down there is an indefinite wait for Model Y deliveries. I live in Orange County.